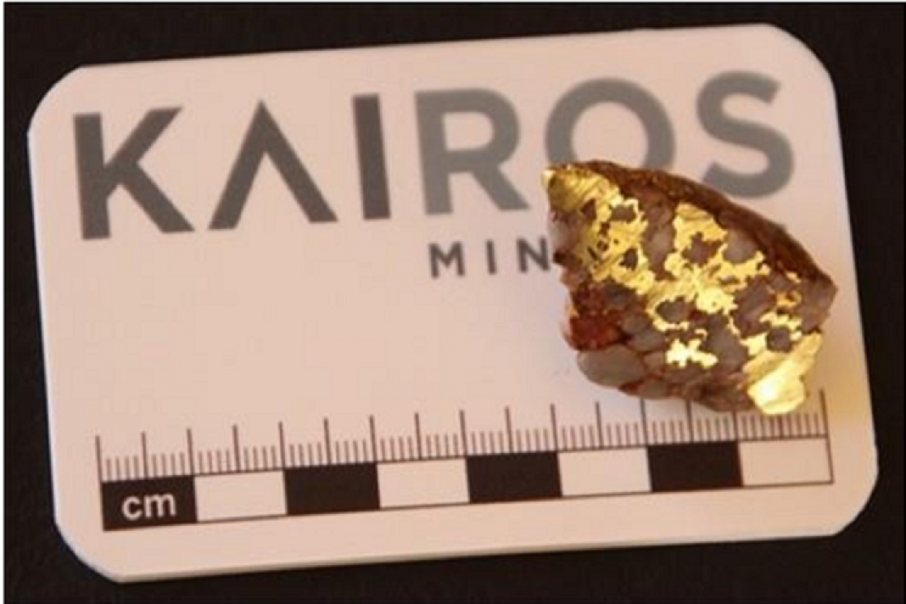 Kairos Minerals has spied visible gold amongst an extensive array of gold mineralised soil anomalies at its Fuego target in the Pilbara region of W.A.  It said that multiple gold-in-soil anomalies have defined an in-situ gold target at Fuego over 10km of strike that contains results above 30ppb of gold.  The company will now use an EIS government grant of $150,000 toward its next RC and diamond drilling campaign.

The Fuego target is part of the company’s Croydon prospect that lies about 150km South West of Port Hedland.

Croydon is part of Kairos’ broader Pilbara Gold Project that takes in a gaggle of interesting looking prospects. The total global resource for the broader project now stands at 14.4Mt going 1.39grams per tonne gold for 643,000 ounces.

The Fuego target includes a 1.1km stretch containing soil anomalies above 100ppb gold, the equivalent of 0.1g/t gold which is not bad considering it is only a surface soil anomaly.  The 1.1km core area numbers peaked at 648ppb, or an impressive 0.64g/t gold.

The mapped soil anomalies are associated with sedimentary rock units of the Hardy Formation, the same formation that also plays host to the Paulsen gold deposit, also in the Pilbara.

The Paulsens mine is an underground gold mine operated by Northern Star Resources, located 180 kilometres west of Paraburdoo on the border of the Ashburton and West Pilbara mineral fields. Over 900,000 ounces of gold have been produced from Paulsens since modern operations began in 2005.

The visible gold within the quartz arenite is associated with galena and other minerals that indicate the gold in the area is most likely a primary, in-situ deposit and not transported nuggets which adds a touch of excitement to the find. Management said that the Fuego prospect now represents an important exploration focus for the company.

Kairos said it plans to use the cash received from an EIS State Government grant of $150,000 toward its next RC and diamond drilling campaign.  Kairos expects trenching and RC drilling to commence in this year’s dry season field campaign as all government and heritage approvals are now in place.

Kairos’ Executive Chairman, Terry Topping, said: “The detailed analysis of this sample now indicates that it is of primary origin, unlike the numerous nuggets located in 2019 from 5-10 km to the southeast. It also highlights the potential for high grade mineralisation within a very large drill ready target.”

“This systematic and detailed exploration was also rewarded with the approval of $150,000 from the State Government Exploration Initiative Scheme which is a peer reviewed grant.”

Kairos said the Fuego target lies just 100km to the west of the Mt York gold prospect that is located about 100km south east of Port Hedland.  The 100% Kairos-owned Mt York deposit has an 11.3Mt resource grading 1.34g/t gold for 486,000 ounces of contained gold.

The prospect of Fuego hosting a baseload primary ore source represents quite a significant development for Kairos who will no doubt throw a number of drill metres at it over the coming months.

Substantial shareholders as published in the annual report.
END_OF_DOCUMENT_TOKEN_TO_BE_REPLACED
Powered by Morningstar ® 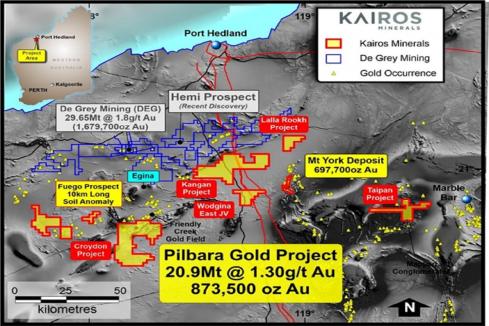