ASX-listed gold explorer Kairos Minerals has ratcheted up its multi-prospect exploration blitz across its flagship Pilbara gold project hub in WA. The company has now kicked off a follow-up RC drilling program totalling 5,000m, with the large greenfields Fuego prospect within the Croydon tenements first in its sights followed by the historic Mt York deposit. 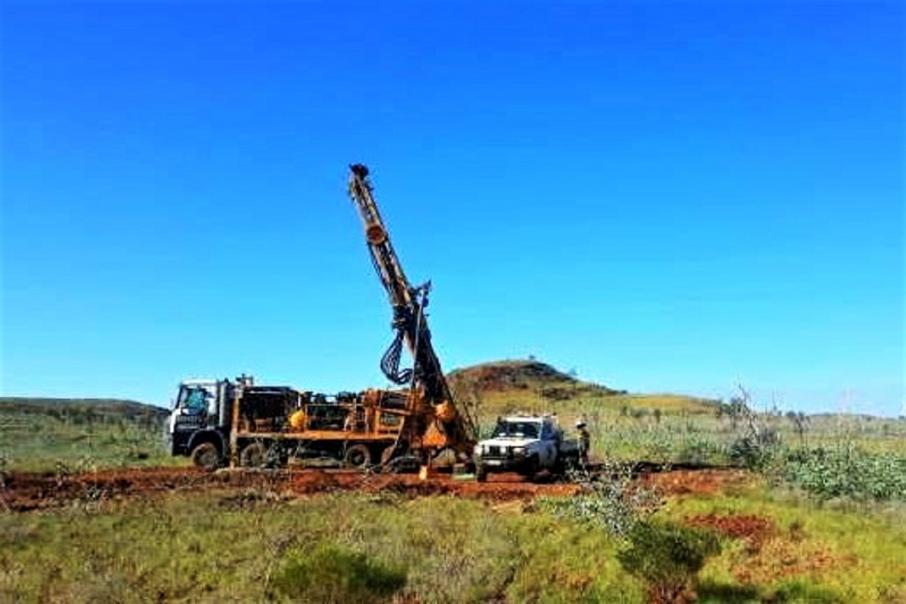 RC drilling about to crank up at Kairos Minerals' Fuego prospect in the Pilbara.

ASX-listed gold explorer Kairos Minerals has ratcheted up its multi-prospect exploration blitz across its flagship Pilbara gold project hub about 100km south of Port Hedland in WA. The company has now kicked off a follow-up RC drilling program totalling 5,000m, with the large greenfields Fuego prospect within the Croydon tenements first in its sights followed by the historic Mt York deposit.

Since acquiring the Pilbara project from Tyranna Resources four and a half years ago, Kairos has increased the inferred and indicated resource at Mt York and the smaller nearby Iron Stirrup and Old Faithful deposits to 20.93 million tonnes going 1.3 grams per tonne for 873,000 ounces of contained gold.

Mt York forms part of the previously known resources within the historic Lynas Find gold mining operation, which produced about 125,000oz of gold from several shallow open pits between 1994 and 1998.

Kairos’ drilling plan at Fuego entails up to 12 widely spaced reconnaissance holes in an area that has not seen previous drilling. The target zones have been pinned by strong geochemical anomalies coincident with magnetic features delineated by Kairos’ recent airborne geophysical survey.

Around the middle of next month, the drilling caravan will then move on to the Mt York deposit at the Pilbara project hub about 100km from Fuego to test the north-west extension of Mt York gold mineralisation, as well as drill other nearby deposits and prospects.

Kairos Executive Chairman, Terry Topping said: “Our 2020 exploration campaign across the Pilbara gold project has now stepped up a gear with drilling underway. Due to logistical considerations including timing of heritage clearances and drill pad preparation, we have commenced the program at the exciting Fuego target first rather than Mt York, as previously advised.”

“This means we get to test this exciting greenfields target first-up in the program, which is a really exciting development. We will remain extremely flexible in our approach, depending on how the program evolves.”

“Drill pad preparation at the Mt York project will begin early next month and the … rig will relocate from Fuego to Mt York as soon as the current program is completed, to drill extensions of the Mt York, Iron Stirrup and Old Faithful deposits. In total, we expect to drill 5,000m across the two project areas.”

Kairos pointed out that Pilbara Minerals holds the adjacent ground to the west and recently carried out an RC drilling program to test gold mineralisation Kairos says is similar to its Mt York deposit. One of the drill holes, located 1.2km from Kairos’ Mt York resources – and within the same geological setting, according to the company – returned an intercept of 16m at 2.43 g/t from 16m depth.

In the wake of the Hemi find, which lies beneath 30m of transported cover sediments and only 20km north of Kairos’ Kangan prospect near Mt York, the company is examining a number of intrusion-hosted gold exploration targets on its strategic 1,547sqkm of tenements in the neighbourhood.

Another Hemi-like discovery in the Pilbara is certain to get the gold bulls charging towards the bourse and scouring the WA map for companies exploring in the area.