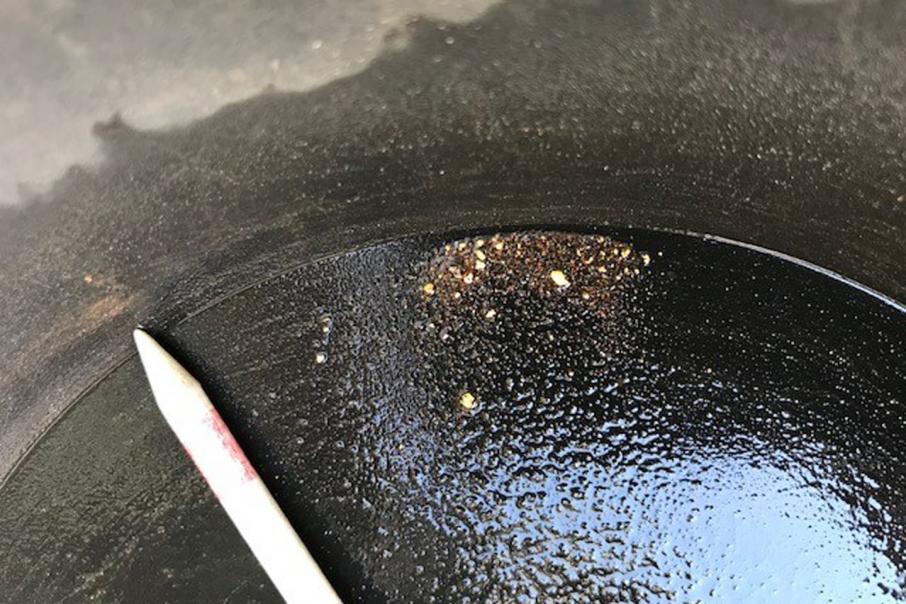 Just weeks after finding a bonanza patch of 256 gold nuggets at its Croydon Project in the Pilbara region of WA, Kairos Minerals has extended the strike length of the gold bearing conglomerate to over 4km.

The company’s ongoing exploration program has identified visible gold in stream sediment pan samples with gold “colours”, or micro nuggets, recovered both north and south of the original nugget patch.

Kairos will also carry out stratigraphic RC and diamond drilling and it is also awaiting approvals to undertake trenching.

Executive Chairman Terry Topping said: “The early results have been outstanding, with around 35 percent of the 89 streams sampled reporting visible gold in panned samples – including the exceptional sample 18WCST65, which was taken around 2km south of the nugget discovery and showed 50 colours.”

“To put that into context, the best pan sample we collected which led to the discovery of our first nugget patches showed 40 colours. This has allowed us to rapidly extend the apparent strike length of the nugget patch both to the north and south.”

The Croyden project is part of Kairos’ Pilbara Gold Project that covers 1158km2 and currently hosts a JORC mineral resource of 14.4 million tonnes grading 1.39 grams per tonne gold for 643,000 ounces of contained gold.

Those numbers may be in line for an upgrade soon with the company reporting earlier this week that a successful drill program intersected a number of high grade intervals and extended the strike length of the Mt York deposit to over 3.8km.

Kairos is on a roll now with its Pilbara conglomerate gold plays.

The question for the company now is how to pull it all together into a solid and scalable resource.