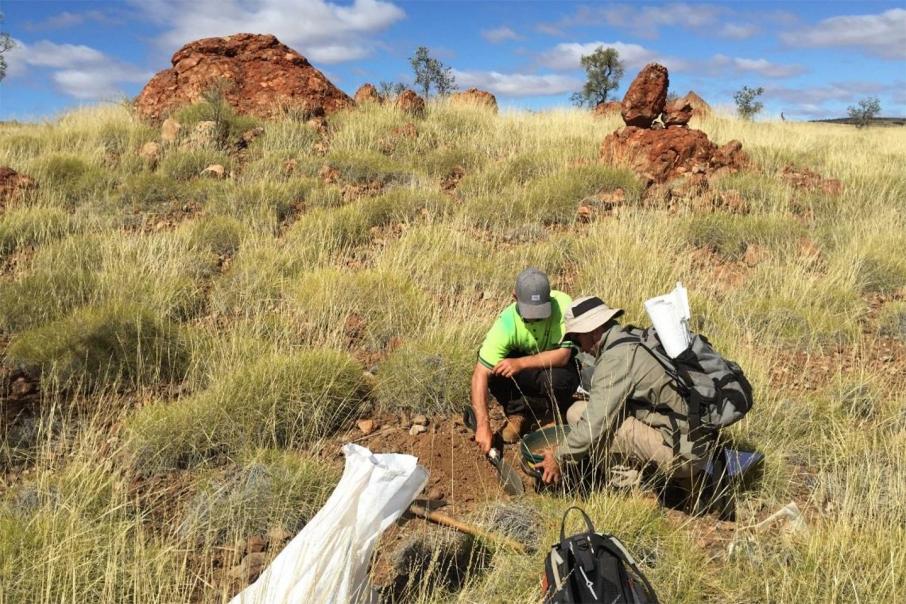 The Perth-based company put in 29 wide-spaced RC holes totalling 5,586m including 20 holes for 3,815m at the greenfields Fuego prospect. Fuego falls under the Croydon project, which in turn forms part of the company’s overarching Pilbara gold projects “hub” about 100km south of Port Hedland.

To date Kairos has only received assays from the first eight drill holes, with mainly low-grade gold intercepts returned from conglomerates where a low level of sulphides was encountered.

The company says the results from those holes are crucial to building a better understanding of the stratigraphy and its relationship with the gold mineralisation.

An intrusion has been mapped at Kairos’ new Aqua prospect where a recently completed airborne radiometric survey delineated a target area of 2.3km by 700m on its ground. The company is currently carrying out a soil sampling program there, following on from an infill soil geochem program 6km up the road at the Tierra prospect.

Kairos Minerals Executive Chairman, Terry Topping said: “While the assays from the first eight holes returned generally low-grade gold values, the Fuego target remains extremely prospective and the first round of drilling has given us a much clearer handle on where to target follow-up exploration. Our forward plans will be further refined once we receive the outstanding assay results.”

“Drill pad preparation at the Mt York project has now been completed in preparation for an RC drill program set to commence in mid-November to drill extensions of the Mt York, Iron Stirrup and Old Faithful deposits. An extensive soil geochemistry program is also underway at the newly-defined Aqua prospect.”

Kairos recently topped up its coffers with a $9 million capital raise and is now well funded for its next, approximately 5,000m RC campaign at the historic Mt York project.

It is looking to beef up the inferred and indicated total mineral resource at the Mt York deposit and the smaller nearby Iron Stirrup and Old Faithful deposits of 20.9 million tonnes going 1.3 grams per tonne for 873,500 ounces of contained gold.

Kairos updated the resource numbers for the three deposits seven months ago and Mt York makes up the bulk of the current combined resource estimate. Its inferred and indicated resource currently stands at 17.2 million tonnes grading 1.26 g/t for 697,700oz of contained gold.

The company says the Mt York project mineral resource estimate will underpin the commencement of open-pit mining studies for the Pilbara gold projects hub and will be undertaken in parallel with its multi-pronged exploration activities across the Pilbara projects.

A gold revival is well and truly underway in the Pilbara minerals province and Kairos is one of a growing conga line of gold explorers, developers and would-be producers including Calidus Resources, Capricorn Metals, Novo Resources, De Grey, Caeneus Minerals, Aruma Resources, Castle Minerals and others who are beating a path to this fertile terrane with some success.