Kairos Minerals is shifting through the gears as it accelerates its exploration program across the Pilbara. In the wake of a successful capital raising last week the company has doubled the size of its current drilling program over the emerging goldfield and is set to smash out 10,000m of reverse circulation drilling as it tests its highly prospective Tierra, Fuego and Mt York gold prospects 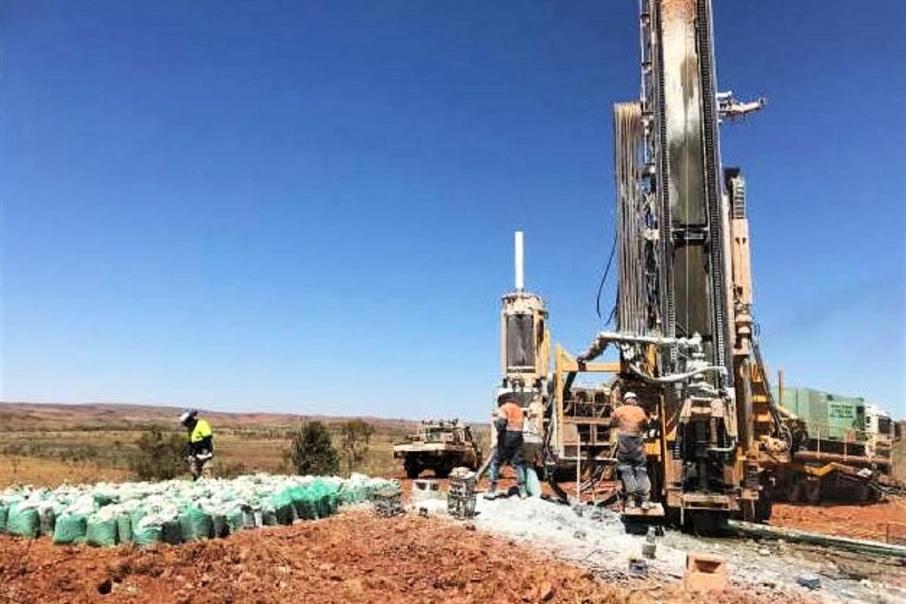 RC Drilling at the Fuego prospect in the Pilbara. Credit: File

Kairos Minerals is shifting through the gears as it accelerates its exploration program across the Pilbara. In the wake of a successful capital raising last week the company has doubled the size of its current drilling program over the emerging goldfield and is set to smash out 10,000m of reverse circulation drilling as it tests its highly prospective Tierra, Fuego and Mt York gold prospects.

The company’s rapid move to extend its drilling program reflects growing confidence in the overall prospectivity of Kairos’ auriferous targets, with the Croydon project receiving the lion’s share of the drilling budget. The first phase of exploration is now complete at the sizable Fuego prospect with more than 3,800m of reverse circulation, or “RC” drilling having been pumped into the target. The rig has since moved to the Tierra project for a ten-hole, first-pass RC program to test geophysical and geochemical targets along this 3km long corridor.

“Thanks to the recently completed $9 million capital raising, we are in a position where we can really make the best possible use of the remaining time between now and the onset of the northern field season”.

“With drilling now complete at Fuego, we have decided to expand the program at Croydon by drilling an initial 1,500m program using the same rig at the exciting Tierra prospect to test the gold targets we have defined previously which have coincident geochemical and geophysical signatures.”

“The RC rig will then move to Mt York to drill ~5,000m targeting extensions of the Mt York, Iron Stirrup and Old Faithful deposits. In total, this will increase the size of the RC program to ~10,000m.”

The company’s ground holding through the Pilbara covers more than 1,500 square kilometres of the province which has rapidly emerged as one of Australia’s most sought-after exploration addresses. The region has attracted a bevy of gold explorers and developers including Caeneus Minerals, Calidus Resources, Capricorn Metals and TSX-listed Novo Resources, who is fast-tracking the development of its Beaton Creek deposits following the recent acquisition of the Golden Eagle mill at Nullagine.

Its tenure includes a raft of projects across the Pilbara that cover more than 200km of strike, located a mere 100km south of the Port Headland regional centre. The company’s tenure is prospective for a range of styles of gold mineralisation including conglomerate, lode, shear and the coveted ‘intrusive-style’, that hosts De Grey Mining’s headline-grabbing Hemi gold discovery, just to the west of the company’s project areas.

Kairos’ ground-holdings include the Lala Rookh, Kangan, Wodgina, Skywell and Croydon projects while the company has also recently pegged two additional tenements adjacent to Croydon, adding close to 400 square kilometres to its expanding footprint across the region.

The company’s current phase of exploration has focused on the two key targets within the expansive Croydon project in the south of the terrane but will soon shift to Mt York, where a further 5,000m of RC drilling is planned to extend the known mineralisation at the Iron Stirrup, Old Faithful and Mt York deposits, all within the Mt York project area.

The Mt York project is located east of the Pilgangoora lithium mine and already boasts a significant global JORC resource of 20.93Mt at 1.3 g/t gold. The resource forms a solid foundation for the company’s extensional exploration drilling program.  Ongoing work is also set to test a range of geophysical and geochemical targets along strike from the known deposits, and to the south at the new Green Creek and Zakanaka targets.

The recent capital raising delivers Kairos a welcome shot in the arm and has not only provided funding for the expanded RC drilling program but has also allowed the company to step up its targeting work across the Pilbara. Kairos is now set to kick off various flora, fauna, and heritage surveys in preparation for the wider drilling program at Croydon and Kangan. In addition, soil sampling will soon be undertaken at both the Skywell and Kangan projects to better define targets for aircore drilling later this year.

The expanded drill and targeting program suggest Kairos is well positioned to deliver a constant flow of news out of the Pilbara in the coming months. The company has in place what appears to be a balanced development program designed to build on the 873,000-ounce gold resource at Mt York while at the same time taking aim at a swag of virgin targets currently in its cross-hairs.

Fuego will be first to report with samples already in the lab. Fed by a doubling of its drilling program, there will be a steady production line of results to come.