KL link back in the spotlight

Nothing can be ruled out in the search for information of the missing Malaysian Airlines jet. 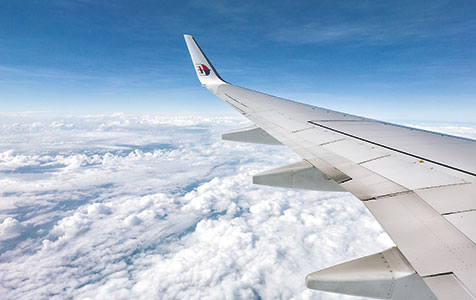 Nothing can be ruled out in the search for information of the missing Malaysian Airlines jet.

The disappearance of flight MH370 has been the subject of intense speculation since Malaysian air traffic control lost contact with the airliner less than an hour after takeoff on March 8.

With so much unexplained, I’d resolved to remain open-minded in the absence of conclusive evidence.

Even so I’m inclined to believe it was a wilful, but not fully realised, meaning not successfully executed, act of mass murder.

So is it too early to tread some way down that path even though evidence isn’t at hand?

So I Googled ‘The 9/11 Commission Report’ and followed with a search for ‘Kuala Lumpur.

“Yet while the 9/11 project occupied the bulk of KSM’s attention, he continued to considered other possibilities for terrorist attacks. For example, he sent al-Qaeda operative, Issa al-Britani, to Kuala Lumpur, Malaysia, to learn about the jihad in South-East Asia from Hambali.”

He’s now incarcerated at Guantanamo Bay, Cuba, where, among other things, he was "water-boarded" to extract information.

Afghan war veteran Hambali, who set about expanding jihad across South-East Asia, is also in Guantanamo.

My search for ‘Kuala Lumpur’ turned up 52 mentions in all, therefore averaging once every 11 pages.

I’d forgotten how pivotal it was in 9/11’s suicide attacks.

Is it possible Flight MH370’s loss wasn’t so much a Malaysian Airlines problem as a Kuala Lumpur and Malaysia one?

Too early to say.

But can that be discounted as just another unsubstantiated conspiracy theory?

At page 151 it says: “In addition to staging terrorist attacks in partnership with al-Qaeda, Hambali and Jemaah Islamiah assisted al-Qaeda operatives passing through Kuala Lumpur.

In a September 2010 Asia Times column Flood wrote: “It would have been nearly impossible for terrorists Khalid al-Mihdhar and Nawaf al-Hazmi not to have seen the twin towers as they arrived in this [Kuala Lumpur] capital city.

“Soaring towards the heavens with their post-modern Islamic symmetry, Malaysia’s Petronas towers were completed in just over six years from 1993-1999.

“The towers were commissioned by Malaysia’s state oil and gas company, Petronas, to symbolize the country’s aspirant transition from the post-colonial developing world to the pro-capitalist developed.

“The debut of the twin towers of the East achieved their intended effect of making Petronas’ mark as a serious player in world energy markets.

“On January 4 and 5 2000, Khalid al-Mihdhar and Nawaf al-Hazmi arrived at Kuala Lumpur International Airport and headed directly to Cheras, a suburb of the capital city in neighbouring Selangor state.

“Intelligence records show they were hosted by Yazid Sufaat, a Malaysian microbiologist and former army captain educated at California State University-Sacramento in the 1980s, in a gated community of clustered red brick condominium towers.

“There they were joined by at least nine other terrorists for what was later to be dubbed the ‘Kuala Lumpur Summit’.

“The meeting was a planning operation for the October 2000 attack on the USS Cole warship in Aden, Yemen, headed by an operative known as Khallad, as well as the 9/11 attacks before al-Mihdhar and al-Hazmi travelled to Los Angeles en route to San Diego.

“Al-Mihdhar and al-Hazmi, both Saudi nationals and then future hijackers of the American Airlines Flight 77 that smashed into the Pentagon, were able to enter Malaysia visa-free as citizens of signatory states of the Organization of the Islamic Conference.

“Their meeting was secretly monitored by Malaysia’s Special Branch intelligence unit, which had closely tracked the movements of Al-Mihdhar, al-Hazmi, Khallad and other participants as they shuttled back and forth from Sufaat’s condo.

“Malaysian agents were acting on a tip from the US Central Intelligence Agency’s dedicated Osama bin Laden tracking unit, known as Alec Station.”

Surely aeronautical experts won’t be the only investigators pouring over the case of flight MH370.