KBR is believed to have committed to office space in the third tower at Leighton Properties’ Kings Square project alongside one of its key clients, Shell. 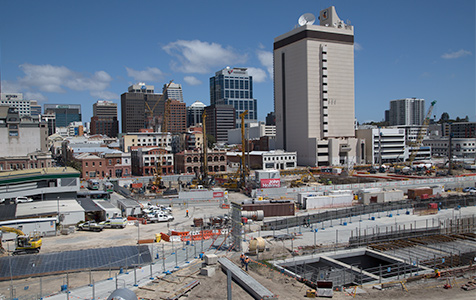 KBR is believed to have committed to office space in the third tower at Leighton Properties’ Kings Square project alongside one of its key clients, Shell.

KBR, formerly Kellogg Brown and Root, is expected to sign a lease for between 4,000 and 5,000 square metres in Kings Square Three, which will also house a range of services for the broader precinct, including a gym, a crèche and end-of-trip facilities for up to 346 bikes and their riders.

A move to Kings Square will leave current KBR landlord, ISPT, with a substantial gap in the leasing profile for 100 St Georges Terrace at a critical time in the city’s leasing cycle.

Kings Square Three is a 9,000sqm office tower initially earmarked for Leighton subsidiary John Holland. However it’s now thought John Holland will go into Kings Square One to avoid any potential clash with the project’s other leasing target, Worley Parsons.

Worley Parsons is believed to have narrowed its search for a new head office to two CBD projects – Kings Square and Georgiou Capital’s Milligan Square.

Shifting John Holland in Kings Square One will ensure both KBR and Worley Parsons can be accommodated in Kings Square, but in different buildings to avoid any conflict between the fierce rivals.

Leighton Properties’ success in attracting big-name tenants such as Shell to Kings Square can be partly explained by the savings on offer for tenants willing to take the plunge and sign up to a new project.

It’s substantially cheaper for city tenants to commit to new buildings in this market, particularly if they were caught out with lease renewals at the top of the cycle in 2008.

Net rents for a new development are currently running at about $700/sqm compared to $900/sqm or more for space in one of the city’s premium properties.