Just Say No, or Just Do It?

Sometimes people want to be inspired to reach a positive goal, so why are there so many fear-based messages out there? 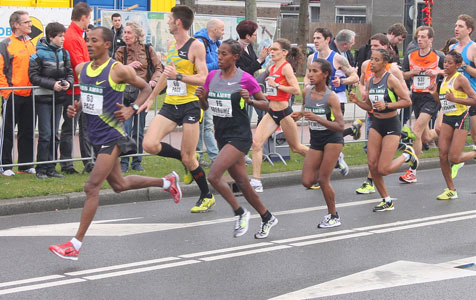 I’m done with being told to eat more fruit and vegetables.

Don’t get me wrong; my beef isn’t with the message, it’s the way it is being delivered.

There’s too much negativity in all forms of marketing, and we’re conditioned to accept messages that prey on our insecurities.

Take the recent election campaign; most advertising was relentlessly negative, forcing partisan messages down voters’ throats and seeking to create fear and anxiety.

As unsavoury as such advertising is, and despite the public’s overwhelming dislike of the methodology, negative political ads can be added to death and taxes as one of life’s certainties.

Unfortunately it seems fear is at the core of how we’re advised to change our dietary habits, too.

Too much red meat is bad for your bowel, too much fat will clog your arteries and give you a heart attack, too much sugar increases your chances of getting diabetes and, as Joe Jackson said, everything gives you cancer.

Like the political ads, it’s pretty negative stuff. And after a while people just stop listening.

Changing behaviour is difficult – that’s why the self-help section of bookshops groan under the weight of new diet books and five-minute solutions to decades of inactivity.

I’m not denying there are serious consequences of our sedentary lifestyles and poor diet choices – the scourge of obesity principal among them. I appreciate there are lots of overweight people in society and acknowledge that many find their condition distressing and difficult to combat.

Beyond the individual cost, however, society also whole pays a significant price, with health conditions related to obesity putting enormous pressure on our health system.

So rather than focus on what we’re not doing, perhaps the well-meaning researchers and marketers have got the equation the wrong way around.

I read last week that 80 per cent of us aren’t eating enough greens. That’s a pretty big cohort – but maybe we should be focusing instead on the 20 per cent that is doing the right thing.

Telling me that the vast majority of people are doing the wrong thing doesn’t motivate me to do the right thing – it just makes me more comfortable with the company I’m keeping.

The problem with negative-focused ‘healthy eating’ campaigns is that food isn’t scary in the same way that smoking or Aids are.

The publicity campaigns for Aids back in the 1980s were effective for a number of unique reasons – least of all that the disease was, and is, terrifying.

The same can’t be said for food, with the pain from the twisting knife of a poor diet much less sharp.

If people can be made to believe that they want something, the shift will happen all by itself.

One organisation to recognise this is health insurer Bupa with its ‘Find a healthier you’ campaign, on TV and online. The message here is all about the choices we make and the aspiration to achieve a positive outcome – much more carrot than stick.

But while Bupa’s in the minority among ‘health providers’, it seems business figured it out long ago.

They make you believe you want their products.

Take the iPhone from Apple, for example, which transformed a microprocessor into a fashion accessory.

It made something that was about as sexy as a stapler desirable, and in the process totally changed the course of technology development.

Then there’s Fujifilm, which, unlike its competitor Kodak, created new business lines (including a cosmetics brand) to supplement the ever-shrinking demand for its film.

It’s tough, risky work, but the alternative is extinction.

I’m sure no-one at Fujifilm really wanted to overhaul the business, it would have been much easier to continue doing what it had proved magnificently successful at for decades.

But the writing was on the wall.

Somehow people need convincing that they really do want to change their behaviour when it comes to diet.

We have to transform a healthy body into a consumer desirable, and not via the negative messaging so prevalent in the fashion media.

In a world where newspaper headlines are shouting about a new crisis every week, scare tactics don’t work – in many ways these campaigns have the opposite effect.

If the end is already nigh, then why should I bother to make things better?

I need some positive persuasion to make me change, not more things to be afraid of.

Otherwise I may as well get on the next flight to Edinburgh to find out what a deep fried Mars bar really tastes like.