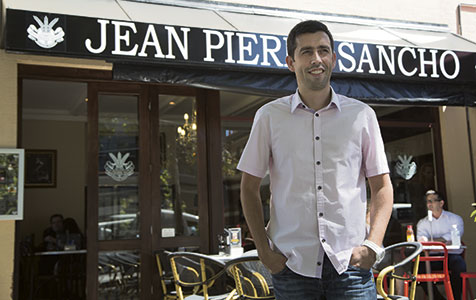 Many hours into its first day of operation, the newest Jean Pierre Sancho French patisserie is bustling.

The familiar hiss and bubble of steam being pumped through a jug of milk mingles with the sound of spoons against saucers, as the West Perth lunch crowd samples the latest addition to the Jean Pierre Sancho stable.

While West Perth is not exactly screaming out for more coffee shops or cafes, the latest venture from the popular bakery proves the old adage that ‘quality is king’.

The West Perth bakery is the second new Jean Pierre Sancho to be opened in the past month, following the establishment of its first franchise outlet in Dalkeith’s Waratah Avenue.

Mr Laumaillé says any new expansion plans will be placed on hold until the New Year, to ensure all five eateries maintain their high standards over the busier summer months.

The business has come a long way in just a few years, with the first bakery opening in early 2010 after Mr Laumaillé and his partners identified a niche for traditionally baked French pastries, desserts and breads in Perth’s café market.

Mr Laumaillé says a lot has changed in Perth’s café scene over the past three and a half years, with a host of rival eateries, as well as some unexpected outlets, hopping on the French delicacy bandwagon.

“But Perth is full of new places, there are so many good places opening.

“And that’s a good thing; it is good to have competition as well, because then people can compare.

“If you have a good product, then (competition) is good for you.”

Jean Pierre Sancho’s commitment to quality has also driven significant growth in the other half of the business – wholesale bread supply to Perth’s top restaurants.

The bakery’s first major customer in 2010 was celebrity chef Neil Perry’s Rockpool restaurant at the Crown Entertainment Complex at Burswood.

Mr Laumaillé says the bakery has leveraged that relationship into supplying all of the restaurants at Crown.

The bakery’s reputation spread quickly, and Jean Pierre Sancho currently supplies breads to about 70 restaurants across Perth, the Swan Valley and the South West.

“There are a lot of people now who open bakeries, but this is not going to affect us,” Mr Laumaillé told Gusto.

“We try to get the good restaurants, we want to be associated with nice restaurants and that’s what we’ve been doing since the beginning.”