Strike Energy’s Jaws-1 well is preparing for the grand finale in the Southern Cooper basin with investors set to undertake a white knuckle ride one way or another depending on the outcome.

Strike is entering unchartered territory by attempting to unlock a massive, 11 TCF gas deposit in South Australia that the company believes is sitting in an unusual geological formation that lends itself to coal seam gas extraction, even from the extraordinary depth of over 2km down hole.

The company is now gearing up for the horizontal drilling and hydraulic stimulation phase having completed one vertical well and another well that runs at about 80 degrees to surface. The plan is for the two wells to be linked via an 800m long horizontal well that will be hydraulically fractured.

In a market update this week, the Adelaide-based junior explorer said the drill rig was humming and bang on schedule, 40 days after spudding.

The surface hole has been cased and Strike said the powerful Ensign 965 rig had drilled the intermediate section into the top of the Vu Upper coal pay zone.

The company said; “The build was completed on target at a measured depth of 2,276m and an inclination of 81 degrees. The intermediate section will now be cased and cemented before continuing on to drilling the horizontal section.”

Strike, as operator of the project, is endeavouring to become a trail blazer for the Australian oil and gas sector with a lot riding on the historic Jaws-1 appraisal well. The latest milestone comes 17 days after the vertical well in the two well campaign hit a target depth of 2,164m and was cored, cased and cemented.

Coal Seam gas is not typically accessed after about 700m because the pressures on the ground are too great and create difficulties when it comes to water extraction.

However Strike has studied its own ground and management believe that the gas is sitting in a “saddle” style geological formation that is not subject to typical pressures at those depths, opening up the possibility of accessing the gas.

The company says that Jaws-1, if successful, will be one of the deepest “pure” coal seam wells in the world, with depths of this magnitude having only previously been attempted in North America.

Giant global oilfield services company Halliburton has been contracted to drill Jaws-1, which features an unusually thick pay zone reservoir of 35m. This is about six times larger than a typical Queensland coal seam gas pay zone of around 5m.

Strike holds a 66.67% stake in the project with Energy World Corporation holding the remaining 33.33%.

The size of the prize at Jaws-1 is a massive 11Tcf of gas, which will be a company maker for Strike if it can get the gas to flow.

With a result expected by April, it will be fascinating to watch the outcome here – and there won’t be long to wait.

Substantial shareholders as published in the annual report.
END_OF_DOCUMENT_TOKEN_TO_BE_REPLACED
Powered by Morningstar ®
Next Articles

Strike appoints Power to Board 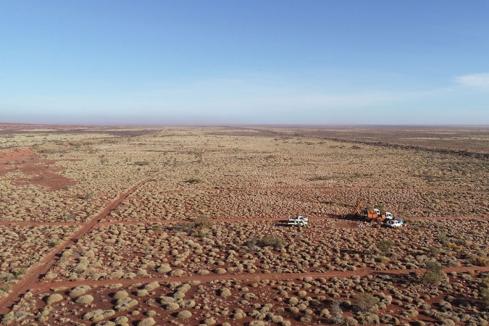