Two-time 40under40 winner Anthony Janssen is no stranger to the bumpy ride that accompanies entrepreneurship. 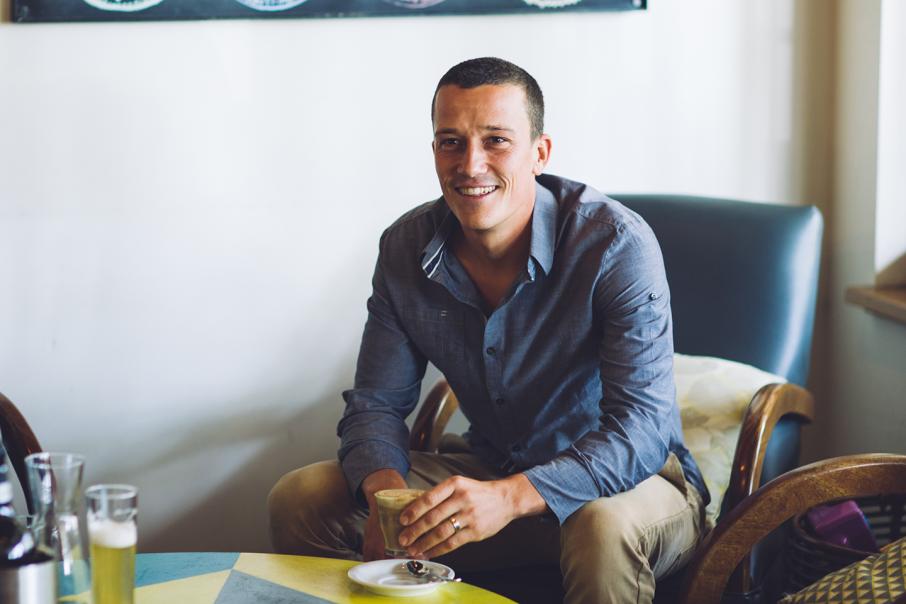 Anthony Janssen says a re-evaluation of his business has delivered a healthier bottom line.

Two-time 40under40 winner Anthony Janssen is no stranger to the bumpy ride that accompanies entrepreneurship.

Anthony Janssen knows all too well the financial risks associated with starting a business from scratch with limited resources.

The owner-operator of the Margaret River Hospitality Group, which formed under that name in 2015, Mr Janssen headed west from Victoria in 2006 with a backpack of personal items and the promise of a $35,000 loan from his sister to start a hospitality business.

A decade later, what he started as a single entity had become five different operations, although the group has since been restructured and consolidated to widen profit margins over four businesses.

In 2016, Mr Janssen’s business prediction for 2018 was to be hitting $10 million turnover and employing 140 staff members.

However, the business has undergone a number of changes in operation during the past two years with a focus on consolidation, and is now sitting on a $4.5 million turnover for this financial year.

“Instead of continuing with revenue growth, we have heavily scaled back thanks to a re-evaluation of the business model.

“The difference is we now have a healthier bottom line than when we were staring down the barrel of a $6 million turnover.”

Mr Janssen’s business journey since his first 40under40 award in 2011 has included some extreme learning curves, as he discovered after taking Alex Brooks on board as a business partner in 2012 to help with managing his portfolio.

“I learned pretty quickly I couldn’t work three venues on my own,” he said.

“From 2015, we really had a huge growth; we doubled turnover in one year, and it really put a lot of pressure on us because we scaled up in a way I thought we were supposed to. In reality we probably should have continued doing exactly what we were previously doing.”

What Mr Janssen was ‘previously doing’ was running the business with a much more hands-on approach.

“We threw a lot of unnecessary process at what was already successful operation, and all it really ended up doing was increasing our turnover, but we really lost our bottom line,” Mr Janssen said.

“The last two years have been pretty horrible, to be honest.

“In 2017, we sat down to have a good look at everything we do and what we wanted to do.

“We made the decision to sell Morries and really focus on our beachside venues – The White Elephant, The Common, Barefoot Beach Weddings and our catering service.

“It’s a conscious decision to shrink revenues, increase bottom-line profits and to keep improving the products we really enjoy from both a community aspect and also a personal preference.”

Given the activity of the past two years, it’s no surprise Mr Janssen has taken the opportunity to rethink some of his strategies, although not all.

“Work hard, listen, be honest, commit to learning, adapt to change and seize opportunities”, he told Business News in 2016.

While the honesty, enthusiasm for learning and flexibility are still evident, he said opportunities were no longer seized in haste.

“I used to say ‘yes’ to everything,” Mr Janssen said.

“I guess now I am in a different phase of life with three kids and a young family. That’s a bigger part of my life than what the business is – though the business is still the vehicle to survive and fund our lifestyle.

“It’s no coincidence that the beachside businesses are also those that enable us to operate well within the community and our families.

“I used to always live and die by never giving up, but the major point I have learned is the importance of people.

“We focus heavily on attitude over everything else.

“In our game, I always feel like you can train anyone, but it has to be someone who wants to learn. Also, pay attention to your finances; it should be an obvious tip but I’ve been pretty blasé about it previously.

An instinct for overcoming challenges is clearly one of Mr Janssen’s personal attributes. His business is back on track with a new development in the next 18 months on the Dunsborough foreshore, and he takes a considered approach to all things these days.

“I’ve got nothing to whinge about, we are sitting in a really good position.”