There aren’t many businesses that relish the lack of daylight saving in Perth, but newly formed market research firm Thinkfield says the time difference to the east coast creates big opportunities. 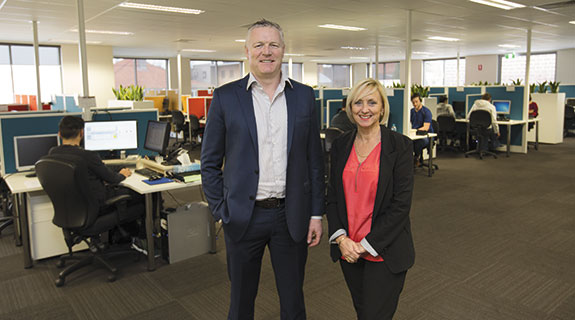 There aren’t many businesses that relish the lack of daylight saving in Perth, but newly formed market research firm Thinkfield says the time difference to the east coast creates big opportunities.

With a 60-seat call centre at its new office in Leederville, the time-zone difference means Thinkfield is ideally placed to service both the east coast and west coast markets (as its leadership team knows from previous experience).

Not only does the summertime clock work for Thinkfield in a practical sense, it also helps reduce the wages costs associated with after-hours work.

Thinkfield was established in July through a merger of established firms West Coast Field Services and Researchpanel, making it the dominant field research business in Western Australia.

The creation of Thinkfield highlights the contraction over several years in the number of field research operations in Perth.

Synovate’s field research capability in Perth was wound down after the business was bought by global group Ipsos Australia, which has field research teams on the east coast.

It was a similar story at Donovan Research, which is now part of global group TNS after a couple of ownership changes.

Roy Morgan still has researchers in Perth but no longer has a call centre.

Research consultancies such as ipsos and TNS, along with local firms like Metrix Consulting and Painted Dog Research, are a major source of work for Thinkfield, which also works directly with organisations such as CBH Group, Tourism WA and HBF.

With 15 full-time staff, and more than 150 casuals, Thinkfield is ranked at number two on the BNiQ list of marketing and market research firms in Perth, behind diversified consultancy Concept Marketing.

Mr Hooker is keen to grow the business, saying the 60-seat call centre could expand to 100 seats.

“We will be looking to source more work, not just in WA but nationally, particularly on federal government projects,” Mr Hooker said.

He said his business development manager was also looking out for international opportunities.

Mr Hooker’s Key Research came to Perth in 2009 when it won a contract with Synergy.

It contracted West Coast Field Services to assist with field research at the time, and ended up buying the business three years ago.

“I sold the factory but kept the brains trust,” Mr Patterson said.

“Our panels have a broad reach and wide representation, that’s why the clients like ours,” she said.

“Other sources often have a bias.”

Through its acquisitions, Thinkfield now has WA’s largest consumer panel, with 45,000 members built up over 20 years.

Ms Simpson said the professional approach of her experienced staff was also an asset.

“Telemarketing is a swear word in this place,” she said.