Island wide gold search paying off for Geopacific in PNG

Geopacific Resources has reported more impressive gold results from soil sampling at its Woodlark project in PNG, defining a new exploration target at the Talpos prospect covering over 1 square kilometre in area. The work returned highly encouraging assays up to 3.36g/t gold in soils. The company also revealed rock chip samples up to 48.4g/t gold from the Watou prospect that was also recently identified by soil sampling. 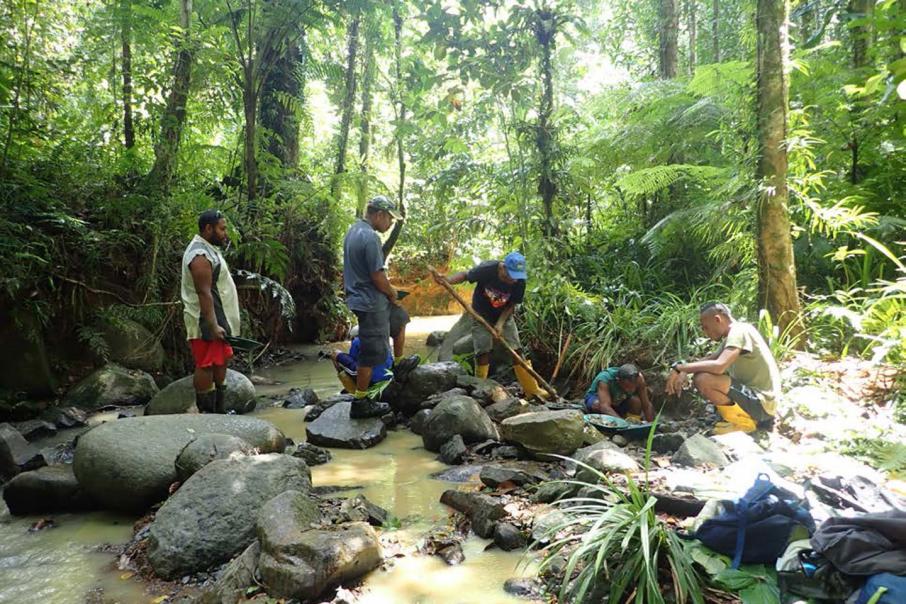 ASX listed gold developer Geopacific Resources has continued to churn out a host of very impressive geochemical soil samples and rock chips from its island-wide exploration program at the Woodlark gold project in Papua New Guinea.

The latest assays returned from the Talpos prospect in the eastern region produced some very encouraging results up to 3.36 grams per tonne gold in soils over an area of at least 1 square kilometre at the property.

The company is following up these results by pan-concentrate sampling of river drainages in the area, which commonly contain fine visible gold downstream of outcropping mineralisation at the project.

The new results further enhance the already significant set of gold anomalies recently discovered by the company in the Eastern Region, demonstrating the growing prospectivity of the greater Woodlark goldfield.

The Talpos prospect was subject to small-scale historical alluvial gold mining early in the 20th century, but has seen only minimal modern exploration until now.

The current geological mapping across Talpos is also turning up the sought-after alteration associated with major structures, which is a signature for the style of epithermal gold mineralisation Geopacific is seeking on Woodlark Island.

Managing Director Ron Heeks said: “Soil sampling continues to produce impressive results, highlighting the potential of a much larger mineral field. Interestingly some of the new anomalies are directly along strike from known areas of mineralisation or actual planned open pits.”

“This demonstrates the immediate potential to increase resources along strike from current areas as well as identifying new zones. We look forward to drilling these new zones when the soil campaign is complete and the drill targets are prioritised.”

Additionally, the company has completed reconnaissance mapping and rock chip sampling at the Watou prospect, located only 3km west-southwest of Talpos.

A substantial exploration effort is underway across the historical Watou mining area and infill soil sampling and surface trenching is also being planned for immediate commencement.

The company’s strategy of blanket sampling the entire Woodlark gold project is somewhat unique, but results over the last month show that the effort is paying off in spades, discovering many high priority exploration targets for follow up.