Is this Abbott’s Eureka moment?

Politicians rarely voluntarily seek to lower the tax take or reduce the size of government, so what’s behind Tony Abbott’s call for a ‘mature’ debate over the federation? 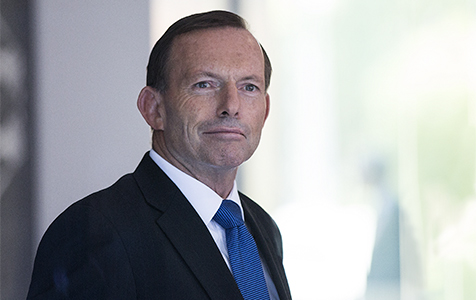 ABOUT FACE: In his book, Battlelines, Tony Abbott espoused a bigger role for Canberra ... but has he changed his tune?

Politicians rarely voluntarily seek to lower the tax take or reduce the size of government, so what’s behind Tony Abbott’s call for a ‘mature’ debate over the federation?

Based on previous experience, on hearing this news I promptly concluded it to be the opening gambit for a range of moves that would eventually lead to even higher taxes and bigger government.

Claiming that will upset my long-time Liberal-leaning friends and contacts.

To dispel this I promptly add that their parliamentary rivals – Labor and Greens politicians – will undoubtedly team-up to do their best to ensure federal, state and local government taxing continues heading northwards.

Is that unfair or realistic?

The best way to answer this is to ask another question, namely, when was the last time politicians of any political ilk reduced taxes or really trimmed size of government?

I am not referring to intermittent adjustments that only partially make up for bracket creep.

The answer is, only twice in Australian history, and both times in today’s quite solidly leftist-oriented Victoria.

Real tax cuts and outlays are that rare, that infrequent.

At all other times taxes have risen, sometimes faster, sometimes slower, but they’ve invariably climbed – as has the number of politicians, their perks and size of their bureaucracies.

Of both historic exceptions, that of 1854-55 is the better known, even if not properly appreciated.

It’s called the Eureka Rebellion and occurred near the Victorian town of Ballarat in December 1854.

Although much has been written about this highly romanticised, bloody affair, it was essentially a confrontation between workers – goldminers, prospectors or diggers­ – and troopers over their having to pay 30 shillings monthly for the privilege of searching for gold in Victoria’s newly gazetted goldfields.

All these taxpaying diggers, and there were tens of thousands of them ­– hailed from the UK, California, Europe, New Zealand, and nearby colonies of Van Diemen’s Land, South Australia, NSW, even distant and poverty stricken Western Australia.

All had travelled long and far, so weren’t in any mood to be pushed around by taxmen wanting 30 shillings a month for permission to work in Victoria.

The gold prospectors increasingly objected to being subjected to licence hunts.

Very quickly, some miners/prospectors built a stockade that was eventually attacked and overcome by armed troopers.

Although the death toll is in dispute, it’s generally agreed about two dozen were killed. After the rebellion was quelled, a commission of enquiry, among other things, replaced the monthly licence with an annual miner’s right.

But the fallout from the Eureka Rebellion was to extend even further. Members of the Ballarat Reform League were influenced by England’s famous Chartist Movement, whose main plank was ‘a vote for every man 21 years of age’, and, in 1857, a bill granting universal suffrage for white males was passed in the Victorian parliament.

And like Ballarat, it lent its name to an anti-high tax stance, the Kyabram Reform League (KRL).

A committee was formed and a circular drafted and dispatched to all shires and public bodies across the state, calling for a lightening of the burden of over-bloated government.

Within a week the KRL boasted 2,000 members.

Within six months it had more than 200 branches across the state.

But (then) Liberal premier, Sir Alexander Peacock, wouldn’t budge, so the KRL’s reform program was grasped by the more conservative-minded William Irvine, who was swept into power at the October 1902 election and set about implementing, even if only partially, the league’s planks.

Victoria’s Legislative Assembly was reduced to 65 members and the Legislative Council to 34 members.

Salaries of top and lower level public servants were cut.

Eureka and Kyabram are two important names; so much so it’s not surprising today’s politicians avoid alluding to them when taxing and size of government are discussed.

The memory of both represents a threat to their longstanding habit of boosting taxes and burden of government.

This shouldn’t be seen as criticism of the Abbott call; quite the contrary.

But it’s difficult not to be sceptical since, during the past 160 years, there have only been those two events that have led to significant cuts to the tax take and the size of government administration.

Significantly, the crucial feature of both cases is that the driving force for real reform didn’t come from politicians, but instead from hardworking miners and ordinary folk.

Is that a bad omen for our times?