ASX listed Ironbark Zinc has moved to prove up the viability of shipping ore from its Citronen zinc project in Greenland following the arrival of the contracted Nunavik icebreaking cargo ship at the site in the country’s north. The ease with which the Nunavik achieved this goal has increased the company’s confidence in being able to operate the project as a regular mine despite its relatively remote location. 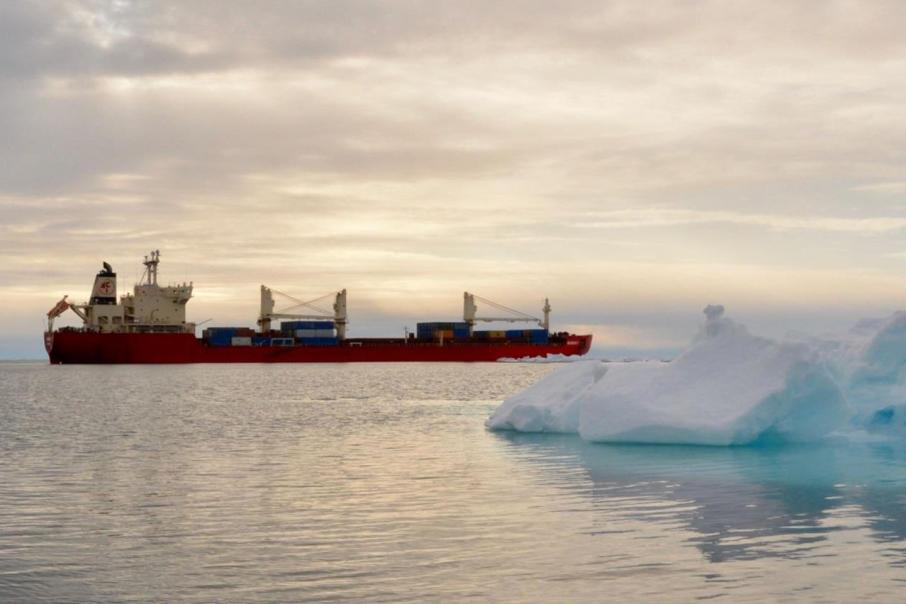 Greenland focused Ironbark Zinc has moved to prove up its proposed shipping route for the giant Citronen zinc project in that country with the arrival of a contracted icebreaking cargo ship at the site.

The company said the arrival of the Nunavik, one of world’s largest icebreaking ships, marks the first time a large commercial ship has travelled so far north on the eastern coast of Greenland.

Nunavik, which is nearly 189m long and can carry about 30,000 tonnes of cargo, took advantage of late summer ice conditions and open water leads whenever possible to prove up the sea borne access rout to and from the project.

The vessel is normally used to service Canadian Royalties’ Nunavik Nickel Mine in northern Canada where it transports nickel and copper concentrates from the mine to market.

Ironbark plans to reach an agreement to lease vessels similar to the Nunavik to assist in the shipping of zinc and lead concentrates from the Citronen mine and to bring fuel and consumables inbound.

Ironbark Managing Director Jonathan Downes said: “The relative ease with which the vessel was able to negotiate the ice conditions, even this late in the season, has given a huge boost to our level of confidence in the practicality of operating this world class base metal project in a safe and environmentally responsible manner.”

“… while the mine would be conventional in almost every way, its location has previously been perceived to be a point of difference and as a challenge.”

Ironbark has already received expressions of interests from financiers and investors who have expressed an interest in proceeding to formal talks about providing finance for the project.

Citronen, which is held by Ironbark under a 30 year mining licence, is one of the world’s largest undeveloped zinc-lead resources with a JORC Resource of 132 million tonnes grading 4.4% zinc and lead, or about 12.8 billion pounds of zinc equivalent.

An updated feasibility study completed in September 2017 presented some compelling numbers based on a project with an initial 14-year mine life, a throughput of 3.3 million tonnes per annum and an average annual production of 150,000 tonnes of zinc metal.

The post tax net present value has been calculated by Ironbark at a very significant USD$909m whilst the projected internal rate of return is 35%. Payback is estimated to be just 2.5 years from project cashflows despite a relatively hefty Capex figure of USD$514m.

The successful, unimpeded arrival of the Nunavik in that neck of the woods augers well for Ironbark who will have to master the shipping routes and logistics channels to get its product to market.

This is certainly a solid start.