Ironbark Zinc’s proposed, scaled-back 1Mtpa Stage I development of its Citronen base metals project in northern Greenland will benefit from head grades of up to 10.4% zinc/lead during the first year of operation. The company plans to lower the upfront capital costs for the project by targeting the shallow high-grade Beach Zone mineralisation, while still allowing for an expansion to the original feasibility study output of 3.3Mtpa in Stage II. 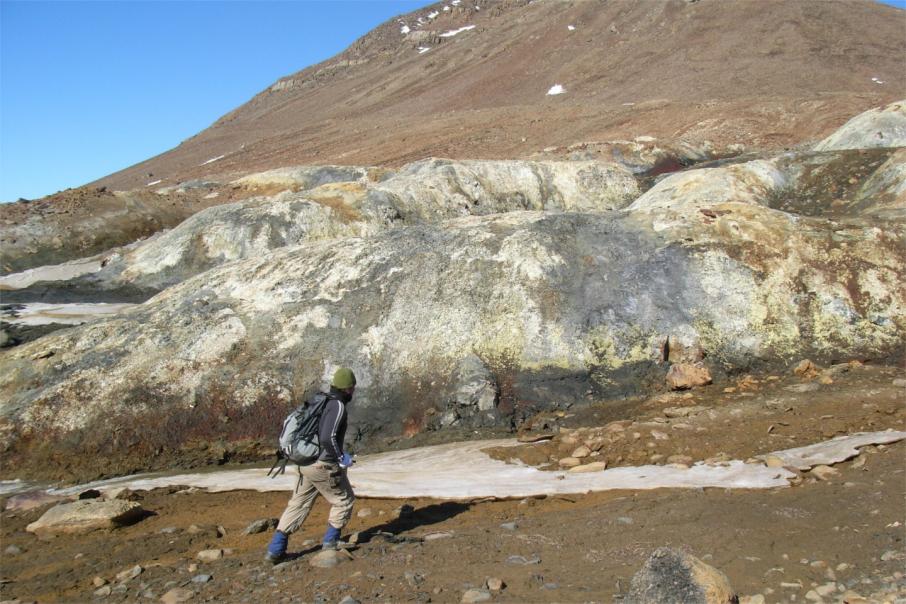 Greenland-focussed, base metals developer, Ironbark Zinc, says that preliminary results from its ongoing technical appraisal of the flagship Citronen project shows a combined zinc plus lead head grade of 10.4% in the first year of operation.

The modified mine schedule also provides for an impressive mining head grade of 8.9% zinc plus lead for the first four years of operation.

The updated numbers were generated by mining consultancy group, Mining Plus, who is working on a new mining model with a targeted 1 million tonne per annum, or “Mtpa”, production rate for the project.

While much smaller than the 3.3Mtpa project envisioned in the company’s feasibility study, the revised model is expected to benefit strongly from a substantially higher-grade inventory in the early years of production.

In that sense, Ironbark has joined the growing club of junior mining companies that are pondering staged initial project developments with lower capital costs, that will be more palatable for potential investors.

The initial open-pit mining development will target the shallow Beach Zone mineralisation, the highest-grade portion of the Citronen resource, which is also classified into the highest confidence measured resource category.

Beach Zone mineralisation starts just 40m below the surface and is adjacent to a planned deep-water shipping port, which would simplify the company’s transportation logistics.

This 1Mtpa Stage I proposal also allows for an expansion to the original feasibility study output of 3.3Mtpa as a Stage II development, subject to future market demand for its base metal products.

Management said that work is well underway to provide a comprehensive revised study for Citronen, incorporating the Stage I initiative later this year.

Citronen is held by Ironbark under a 30-year mining licence and is one of the world’s largest undeveloped zinc-lead resources with a JORC-compliant resource of 70.8 million tonnes grading 5.7% zinc plus lead.

At a higher cut-off grade, the mineral resource for the project reports as 17.6 million tonnes grading an impressive 8.24% zinc plus lead, with over 80% of this reporting to the confident measured and indicated resource categories.

The feasibility study completed three years ago presented some compelling numbers based on a project with an initial 14-year mine life and throughput of 3.3Mtpa, which pumped out an average 150,000 tonnes of zinc metal per annum.

The post-tax net present value was estimated by Ironbark at a chunky USD$909m while the projected internal rate of return was 35%.

Payback was estimated to be just 2.5 years from project cashflows despite a relatively hefty capital cost of USD$514m.

The proposed staging of the project at 1Mtpa initially, is a response to these sizeable upfront capital costs and the reasonably stagnant zinc and lead prices that have ensued over the last five years.

In December 2018, the company applied for two new exploration licences covering 400 square kilometres that could potentially host extensions to the project’s existing resources.

Ironbark has also proven up the viability of seaborne access to and from the project using icebreaking cargo ships.

While more work is required before Ironbark can explicitly spell out the numbers for a smaller, starter project in Greenland, the proposal certainly offers a carrot to draw potential investors to a higher-grade, lower-cost project development that could still be expanded at a later date.