Ironbark Zinc has kicked off a helicopter-borne electromagnetic survey to gain a better understanding of the large-scale Jerangle prospect at its Captains Flat multi-element project in New South Wales. Earlier drilling by the company returned significant base metal intercepts such as 4.4m @ 12.05% zinc , which follows up on historic drill results. 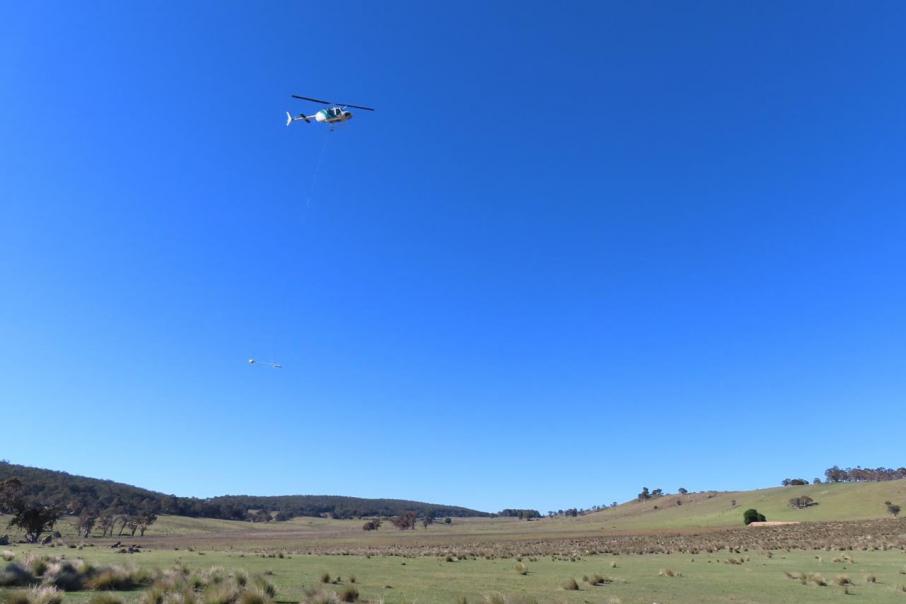 After an extended focus on getting its flagship Citronen zinc project production ready in Greenland, ASX-listed Ironbark Zinc is now adding another string to its bow by turning its attention back to the company’s multi-element Captains Flat project in New South Wales.

Together with equal partner, New South Wales Base Metals, a subsidiary of mining giant Glencore, the company has started a helicopter-borne electromagnetic survey over the proven, large-scale Jerangle prospect.

The survey is designed to better identify and detail the location, scale and geometry of the identified mineralisation at Jerangle.

Captains Flat is located 45km southeast of Canberra at the southern end of a richly endowed base metals belt of porphyry copper-gold and volcanogenic hosted metal sulphide deposits in the Macquarie Arc. The most famous of these is Newcrest’s Cadia copper-gold discovery in the 1990s.

The Lake George mine is hosted in a narrow, north-trending suite of volcanic rocks which extend down into Ironbark’s adjacent Peakview Project.

It remains prospective for remnant ore whilst mineralisation remains open at depth with drilling below the mine workings in the 1960s returning up to 1.22m @ 12.4% zinc and 5.4% lead.

Citronen clearly remains Ironbark’s primary focus, however the start of modern geophysical survey at Captains Flat is a clear sign that the company is keen to develop a second string to its bow with Citronen now at an advanced stage.