Ironbark Zinc has signed a memorandum of understanding with industrial machinery company Metso Sweden for the provision of services and equipment at the giant Citronen zinc project in Greenland. The agreement also enables Metso to commence engineering tasks that are required before the completion of detailed engineering of processing equipment, which includes providing technical specifications for third party equipment. 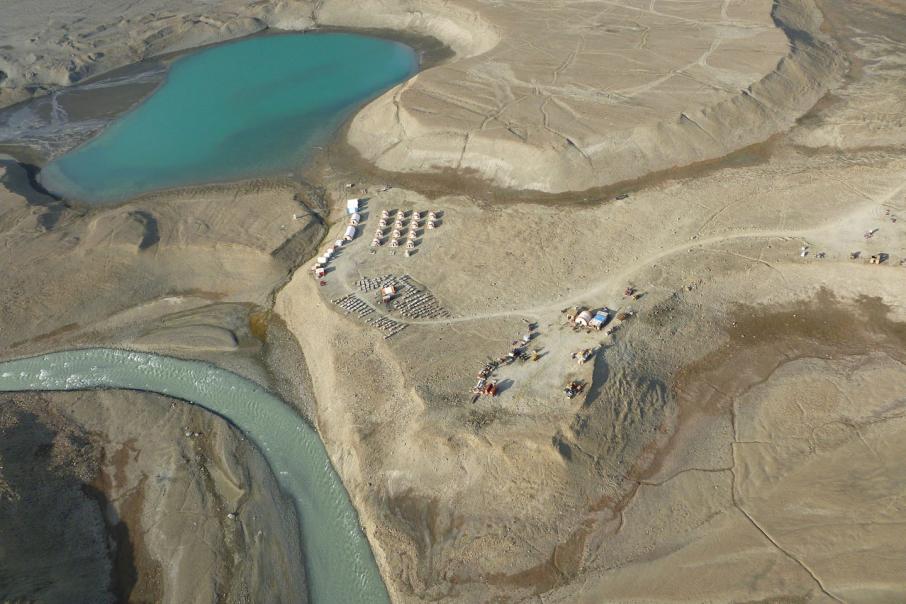 Greenland zinc trailblazer Ironbark Zinc has signed a memorandum of understanding with industrial machinery company Metso Sweden for the provision of services and equipment at its giant Citronen zinc project in Greenland.

It also enables Metso to commence engineering tasks that are required before the completion of detailed engineering of processing equipment.

This includes the provision of technical specifications for specific third party supplied equipment.

Completion of the design works, and manufacture of the key process equipment is contingent upon Ironbark and Metso entering into a commercially binding agreement to design, manufacture and supply the Citronen processing plant.

The future commercial agreement will include the scope and cost of Metso’s supply of services and equipment, delivery terms and Metso’s compliance with Greenland government requirements and guidelines.

Metso is a global industrial company that offers equipment and services for the mining, aggregates, recycling and processing industries.

The well known Swedish company has worked with Ironbark for several years now and it was instrumental in preparing the process flow sheet for the Citronen feasibility study.

Ironbark is also in discussions with other groups regarding the supply of all components of the Citronen facility.

Citronen, which is held by Ironbark under a 30 year mining licence, is one of the world’s largest undeveloped zinc-lead resources with a JORC Resource of 70.8 million tonnes grading 5.7% zinc and lead.

An updated feasibility study completed in September 2017 presented some compelling numbers based on a project with an initial 14-year mine life, a throughput of 3.3 million tonnes per annum and an average annual production of 150,000 tonnes of zinc metal.

The post tax net present value has been calculated by Ironbark at a very significant USD$909m whilst the projected internal rate of return is 35%. Payback is estimated to be just 2.5 years from project cashflows despite a relatively hefty Capex figure of USD$514m.

“Metso is also located in Scandinavia and therefore is well positioned to comply and assist with the training and employment obligations that Ironbark is operating under in Greenland.”

In August, Ironbark proved the viability of the proposed shipping route for Citronen after the contracted Nunavik icebreaking cargo ship arrived without incident at the site.

Nunavik, which is nearly 189m long and can carry about 30,000 tonnes of cargo, took advantage of late summer ice conditions and open water leads wherever possible to prove up the sea borne access rout to and from the project.

Ironbark plans to reach an agreement to lease vessels similar to the Nunavik to assist in the shipping of zinc and lead concentrates from the Citronen mine and to bring fuel and consumables inbound.

The company also says it has received expressions of interests from financiers and investors who are looking to move towards more formal discussions about potentially financing the project.