Continuing Western interference in a 1,300-plus year sectarian conflict in the Middle East only fans the flames of hatred. 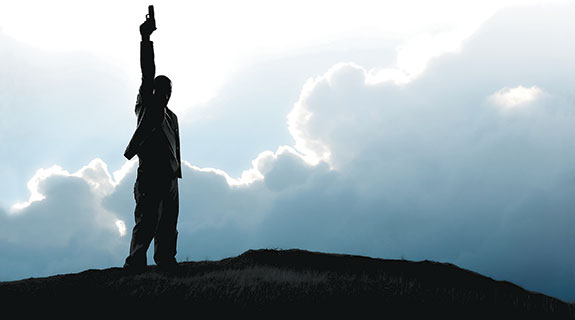 Continuing Western interference in a 1,300-plus year sectarian conflict in the Middle East only fans the flames of hatred.

There are several ways to view the federal government’s decision to commit a 300-member military training unit to Iraq, known until WWI as Mesopotamia, a province within the once vast Ottoman Empire.

One can, for example, view it historically, since this is the fifth time in a century fighting Australians have ventured there.

The long-forgotten four-year Mesopotamian campaign that began in November 1914 involved troops from India, New Zealand and Australia engaging Turks and their German advisers.

Although Indians made up most of the force, Australia contributed air power.

Called the Australian or Mesopotamian ‘half-flight’, because Australia’s newly formed flying corp was in its infancy, its members endured arduous desert condition compounded by unreliable equipment and rapidly collapsing fronts.

Australians returned to the fractious region in 1941, when the converted passenger ship MV Kanimbla led a raid on the Iraq-Iran border port of Bandar Shahpur, during which eight German and Italian ships were boarded and taken as war trophies.

That was among that war’s most daring raids, undertaken to secure Bandar Shahpur’s railhead, needed to help supply the Soviet Red Army then besieged by German-led Axis forces.

Interestingly, some of the captured Axis sailors were interned at the Marrinup POW camp just west of Dwellingup.

Australians have returned to Iraq three times in the years since: in 1991 and 2003, the first and second gulf wars; and again in 2014-15 to help oust the Sunni Islamic State caliphate that’s occupying half of Iraq, and which Prime Minister Tony Abbott calls a ‘death cult’.

The 1990s commitment was primarily naval, while that of post-2003 involved land-based units.

Whether it’s realised or not, Australia has now thrown itself in on the side of the Iranian Shi’ite Islamic Republic, itself a supporter of global terrorism.

That’s why this column has previously warned against involvement beyond assisting the Kurds and persecuted minorities like the Yazidis and Christian communities.

And a growing number of experts have formed a similar view.

He recently wrote: “Tony Abbott’s announcement to deploy 300 Australian army instructors to Iraq by the middle of this year reminds one of Talleyrand’s observations of the Bourbon monarchs: he has learnt nothing and forgotten nothing since the invasion in 2003.

“As much as it pains me to say this, the prime minister and other Western interventionists – including (of all people) Bill Shorten and Tanya Plibersek – are showing the same contempt for the lessons of history.”

“If the ISIS fanatics are indeed defeated, the likely winner would be Iran, a terrorist-sponsoring Shi’ite power that wants to dominate the region,” he wrote.

Moreover, Switzer points out that the Abbott move to (inadvertently) back Iran is a policy reversal because he’d said in September 2013 that Syria’s civil war was between two unsavoury sides, or  “baddies versus baddies”.

Is remnant Iraq’s imbroglio any different? So why be there?

“It might be cruel. But either way, it’s time to accept the fact that this country is likely to die and that we’ll all be better off when it does.

“The Kurds in the north, who make up roughly 20 percent of the population, want out.

“They never wished to be part of Iraq in the first place.

“The Sunnis in the west, who make up another rough 20 per cent of Iraq, aren’t itching for independence necessarily, but they sure as hell aren’t willing to live under the thumb of Shi’ite-dominated Baghdad any longer.”

But the most ominous warnings come from Iranian Amir Taheri, an expert who fled his homeland when the murderous Khomeini regime emerged in 1979.

Washington is about to agree to lift some of its economic sanctions on Tehran in exchange for a deal allowing limited uranium enrichment by Iran, which Taheri says means the inevitable acquisition of nuclear weapons.

“Turkey has already said it intends to build a nuclear ‘industry’.” Taheri writes.

“The United Arab Emirates is in talks with France to start its own nuclear program.

“Even Iraq is toying with the idea.

“Last Thursday, Iraqi Foreign Minister Ibrahim al-Jaafari, said Obama’s recognition of ‘Iran’s nuclear rights’ is a signal to ‘other developing nations’ to build programs of their own.”

Cross your fingers; gun and canon fire are set to be replaced by another form of fire, firstly in and around old Mesopotamia, and, later, well beyond.