Intermin Resources’ ongoing regional drilling activities in the Goldfields region of WA, have delivered encouraging assays following up on historical drill results and testing of new prospect areas. At the Teal East prospect, an intersection of 12m @ 4.19g/t gold from 76m down-hole has extended the existing mineralisation and provided a good foundation for growing the current Teal mineral resource of nearly 290,000 ounces. 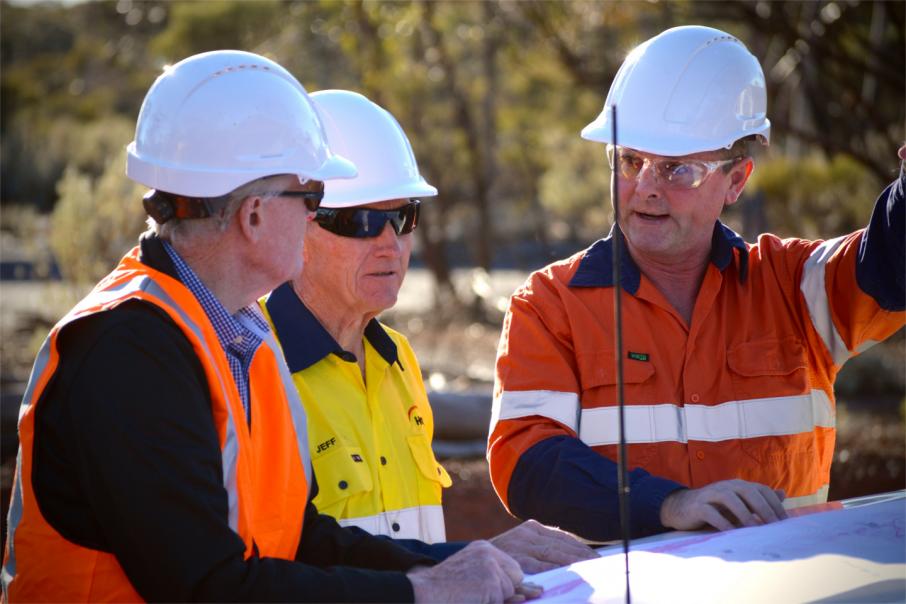 At the Binduli project near Kalgoorlie, the company targeted the Teal East prospect, adjacent to the Teal open cut mine, with step-out drilling successfully intersecting an extension of mineralisation outlined in 2018, returning 12 metres grading 4.19g/t gold from 76m down-hole.

The results confirmed the strike extent established by previous work and provide a good foundation for growing the Teal mineral resource, which already holds just under 290,000 ounces grading 2.11g/t gold.

Intermin also completed shallow exploratory RC drilling at the Darter and Honeyeater prospects at Binduli, testing gold mineralisation first identified about 15 years ago, but having had little work since.

Narrow, lowish-grade intersections were recorded from both areas, with a peak result of 3m @ 2.25g/t gold at Darter, which will require follow-up work, according to company management.

Another Windanya hole unearthed a metre at nearly 10g/t gold from 35m down-hole.

At the Olympia prospect nearby, the company recorded 4 metres grading 0.34g/t gold near the surface, which will require further investigation with step-out drilling, said Intermin.

Intermin is also coming to grips with the large Boorara tenement package it now controls courtesy of its recent merger with MacPhersons Resources.

The company has commenced a significant geological review of Boorara and aims to identify high-priority exploration targets outside of the main 507,000-ounce mineral resource, initially focussing on the Beehive, Balagundi and Kanowna South prospects.

The strongly mineralised Boorara project tenements span 25km from the Golden Ridge gold mine in the south to the Kanowna Belle gold mine in the north but have received only limited exploratory work in recent years.

Results from the geological review of Boorara are expected later this quarter, with first-pass drilling of priority targets to follow in the December quarter of 2019.

Many tenements at the Lakewood project, southeast of Kalgoorlie and the Yarmany project, northwest of Coolgardie, have now also been granted and over which, the company can start initial field exploration reconnaissance programs.

Commenting on the latest drilling results, Intermin Managing Director Jon Price said: “The regional drilling program continues to deliver encouraging results and demonstrates the quality of the asset portfolio in and around Kalgoorlie-Boulder. We also look forward to the new target generation work currently underway providing both near-mine extension and discovery opportunities in this world-class gold producing region.”

Broadly, the cashed-up company is planning intensive exploration programs over the next year, building up what it calls, a “pipeline” of gold projects in the Kalgoorlie and Coolgardie regions.

Intermin, which will soon be renamed Horizon Minerals, is currently also in the midst of acquiring the 2.1 million ounce Coolgardie gold project from Focus Minerals.

Should this acquisition be completed, Intermin will then hold a combined gold inventory of over 3 million ounces in the WA Goldfields region.

Importantly, a successful Coolgardie acquisition will bring with it the mothballed Three Mile Hill carbon in pulp gold processing plant, which could play a fundamental role in the company’s commercialisation plans in the wider region.