As often happens when politicians try to legislate lobbyists, it’s what’s not included that’s most compelling. 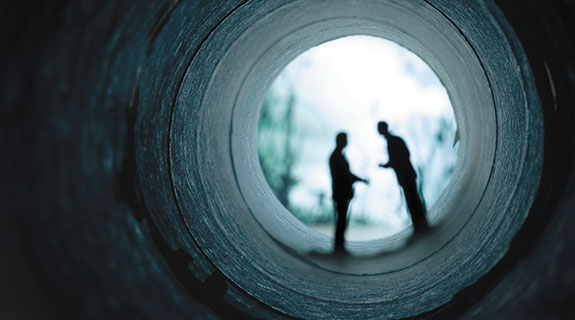 As often happens when politicians try to legislate lobbyists, it’s what’s not included that’s most compelling.

Colin Barnett’s Integrity (Lobbyists) Bill, released just before Christmas, will forever be remembered as the silliest piece of legislation ever proposed.

One way of highlighting this is to consider the following proposal.

What if parliament announced that only owners of black cars would have to register their vehicles?

Owners of all other colours – red, white, green, pink, etc – would be exempt.

Yet in terms of the state’s political lobbyists, that’s effectively what’s proposed under the Integrity (Lobbyists) Bill.

It could only happen here.

Elsewhere such absurdity would be ridiculed and be seen for the black humour that it is.

Not under Mr Barnett.

So whom does he deem to being a lobbyist, the equivalent of a black car owner, under his Integrity Bill?

Ignoring the legalistic wording, those lobbyists compelled to register are owners or employees of companies ‘undertaking lobbying activities’.

These 104 are equivalent to black car owners, since they’re compelled to register, after which they’re permitted to lobby politicians and/or public servants on behalf of those hiring them.

But that’s just the beginning of this cockeyed story because there are many more lobbyists around, ones Mr Barnett’s Integrity Bill doesn’t compel to register.

Under his Bill, certain individuals are deliberately exempted from registering but can lobby.

This multitude – there may well be many thousands of them – I’m dubbing ‘non black car owners’.

According to the Integrity Bill, lobbyists who are exempted from registration include the following.

Those five categories of lobbyists not required to register include anyone employed by a charity, trade union, business pressure groups, church, sports club, environmental group and other such entities.

Why are they among my ‘non black car owners’ category, while the 104, who must tout for lobbying work, must register?

However, this strange unexplained demarcation is only the beginning of Western Australia’s weird Integrity (Lobbyists) Bill saga.

There’s another, even less desirable, aspect of the Bill in that none of the 104 registered – or any of the several thousand others – is required to disclose whom they’ve lobbied for, about what, what they were paid, and who paid them.

Nor are the officials lobbied required to disclose details of approaches.

In other words, WA voters are treated as mushrooms, kept in the dark about every aspect of lobbying under this (ironically named) Integrity Bill.

Full disclosure is an indispensible requirement included by countries that value integrity within their lobbying sectors.

Under Mr Barnett, lobbying is a legislatively sanctioned clandestine activity.

If full disclosure – revealing in monthly returns lodged with the Ombudsman by all lobbyists, anyone hiring them, and those lobbied – doesn’t exist, it’s stretching credulity to contend such legislation lays the basis for integrity.

History has shown how secrecy can give rise to kickbacks, bribes and covert party funding.

For integrity to prevail, all lobbyists should be registered, after which time they should be required to submit monthly disclosure returns that are open to public inspection.

Every lobbyist (without exception) should lodge returns, as should those employing any lobbyist, and everyone within government who’d been lobbied during each month.

Everyone who hires a lobbyist should also be compelled to disclose how much was paid for the lobbying undertaken.

Full disclosure is crucial, because secretive lobbying activities can so easily impact adversely upon others’ rights and legitimate interests.

Full disclosure means others – whoever they may be – can easily discover who and how someone benefitted, at their expense, after which remedial action could easily be taken.