With the electric car market about to hit the stratosphere, a resurgence of interest in wind and solar energy and the phenomenal acceptance of the Lithium powered Iphone, W.A is in the box seat when it comes to Lithium driven business opportunities. The challenge for WA’s mining glitterati is to also harness the downstream processing opportunities that arise from Lithium in addition to just mining and shipping it. 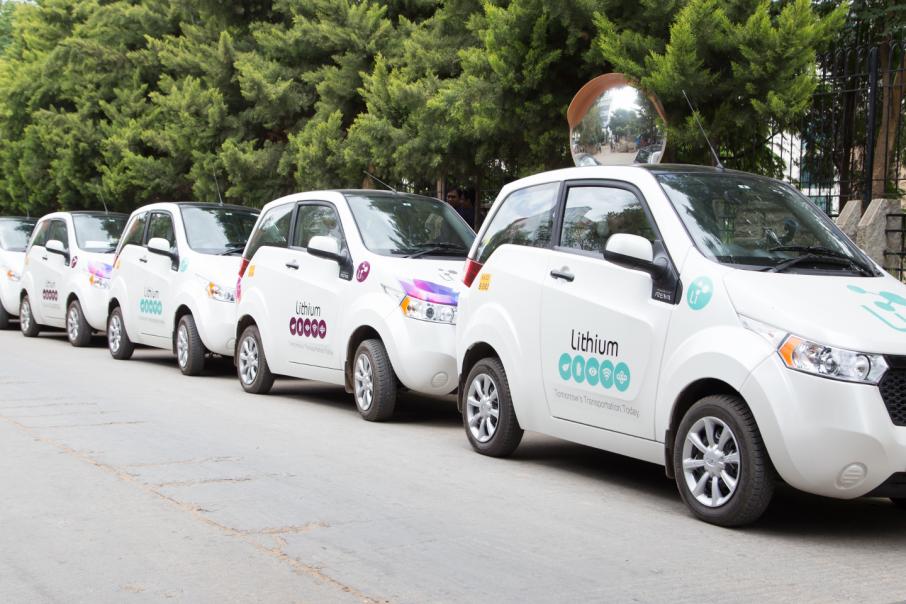 If you accept that the march towards electrification of automobiles is now unstoppable and that it is largely the Lithium-ion battery that is making this happen, then it follows that over the decades to come, a myriad of lucrative business opportunities up and down the Lithium value chain will present themselves.

As with all other boom industries that have shot through the stratosphere over the centuries, the early movers will be well rewarded.

It is predicted that within the next 5 years almost every major car manufacturer will have an electric vehicle in production or on the drawing board. Britain intends to outlaw fossil fueled cars by the year 2040 and others are looking to follow suite.

Lithium-ion batteries have also provided the missing link when it comes to solar and wind power generation given their unique ability to hold and deliver energy for extended periods when the wind stops blowing or the sun stops shining.

The Lithium powered Iphone and its phenomenal market acceptance represents a daily, top pocket reminder of the lucrative business opportunities that are coming up and down the Lithium-ion value chain.

Company executives around the world are giving power point presentations almost every day that contain maps of Western Australia and its amazing in-ground Lithium resources.

The challenge for WA’s unique breed of entrepreneurs is around harnessing all of the other business opportunities when it comes to Lithium in addition to just mining and selling the raw product – which they do very well.

One early mover in the space is the Adrian Griffin led Lithium Australia that is listed on the ASX and based in Perth, Western Australia.

Lithium Australia were out in the field looking for and locking down Lithium bearing pegmatites when others were still trying to work out if Lithium was valuable or not.

Just as the market decided Lithium was in fact valuable, Lithium Australia, having already secured a first mover advantage by snapping up highly prospective ground, moved up the value chain.

They then decided that processing Lithium concentrates into battery grade Lithium Carbonate was going to be a hot topic and so a patented, chemical based process was developed that could potentially halve the cost of processing.

Last week Lithium Australia were at it again with an out of the blue announcement to the market that they had agreed to buy a fascinating, unlisted Queensland company that goes by the curious name of “Very Small Particle Company Ltd” or “VSPC”.

The VSPC acquisition, which was almost an all script deal, could prove to be Lithium Australia’s best demonstration of Lithium market business foresight to-date.

The patented technology being developed by VSPC takes a bit of understanding but they are essentially a developer of Lithium-ion battery cathode material with a twist.

VSPC’s primary focus is on the development of Lithium Iron Phosphate metal oxides or “LFP” for use in Lithium-ion battery cathodes.

They have developed a new process to produce nanometre-sized grains of LFP metal oxides that, according to VSPC, display enhanced physical, electrical, optical and mechanical properties, that don’t currently exist in the Lithium-ion battery market today.

Most rechargeable lithium ion batteries currently use Lithium Cobalt oxides, which VSPC say is toxic and unstable at high temperatures.

LFP based batteries however are cheaper to produce, non-toxic, have fast charge times, high power density and can tolerate extreme conditions.

According to VSPC management, no other company in the world can achieve large-scale, reproducible LFP in the same size ranges on the same manufacturing line at relatively low cost.

Perhaps the most lucrative claim however of the VSPC developed Lithium Iron Phosphates, is that they could lead to recharging times for electric vehicles that are similar to those of fossil fueled vehicles.

The most significant current drawback for electric vehicles is that they generally need to be re-charged overnight and even then the mileage rates from one charge are not entirely satisfactory.

If VSPC’s Lithium Iron Phosphate metal oxides, developed at the nanoscale, can turn out sustainable electric vehicle recharging times of between 1 and 4 minutes, and they say it is possible, then they will have truly changed the game.

Lithium Australia will then be in the enviable position of having a multitude of in-ground Lithium resources, the technology to cheaply upgrade it to Lithium Carbonate and a battery cathode manufacturing process that Lithium-ion battery makers are falling over themselves to get hold of.