Infinity Lithium has strengthened its development prospects for the San Jose lithium project in Spain, reporting that over half its mineral resources are now classified at an “indicated” status. Improved geotechnical results also show that steeper wall angles can be developed, decreasing the open pit footprint, lowering stripping ratios and potentially improving project economics. 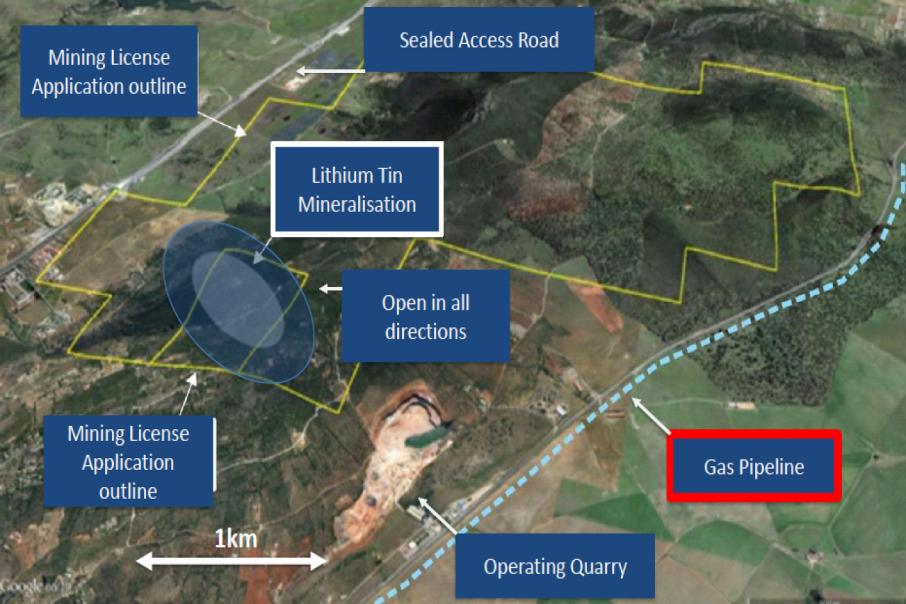 Aspiring lithium producer Infinity Lithium has strengthened its hand at its flagship San Jose lithium project, reporting that over half of the mineral resource at the project now sits in the “indicated” status, providing a boost in confidence for shareholders as the company marches towards production.

The project is located about 200km west-southwest of Madrid in western Spain and the deposit represents one of Europe’s largest, undeveloped lithium ore occurrences.

This result is materially important to Infinity, as it moves towards establishing a maiden ore reserve for the San Jose project that is capable of underpinning a feasibility study, due by the end of the year.

Recent geotechnical work at the project showed that the proposed open pit can bear steeper wall angles than previously thought, which will decrease the area of disturbance and lower the all important strip ratios which could lead to an improvement in the project economics.

Managing Director and CEO, Adrian Byass said: "We are excited about the improvements in the JORC resource, particularly as it demonstrates our ability to hit the milestones which we outlined in previous releases.”

“The next step in the process will be the release of open pit optimisations and revised project economics, which we expect will advance the project even further and add value for our shareholders"

Infinity currently owns 50% of the San Jose project with partner Valoriza Mineria S.A, who is a fully-owned mining subsidiary of Sacyr S.A, a major construction and engineering company with a background in permitting mines in Spain.

Infinity is moving towards 75% ownership of the project, at which time Valoriza will become a 25% contributing partner.

Valoriza is currently free-carried under the terms of the companies’ 2016 JV agreement.

Infinity is planning to develop the San Jose project via open pit mining methods and the ore will be processed and refined onsite, to produce a battery grade lithium carbonate.

The company proposes to construct a production facility less than 3km from the mine that is able to produce 15,000 tonnes per annum of the highly sought after battery grade product.

Infinity has outlined a potential pathway to production that has plant construction and commissioning set down for 2020.

Infinity has ticked a lot of boxes with its San Jose lithium project, operating in a low sovereign risk nation, with transparent mining laws, nil government royalties and a low corporate tax rate of 25%.

The region is well endowed with infrastructure and the project is blessed with good access to electricity, road, water and gas utilities.

Europe is a major consumer of lithium, currently using approximately a third of the world’s production and only 2% of global lithium production is presently accounted for by Spain and Portugal.

Infinity is now progressing its full feasibility study for San Jose and additional work is being undertaken on potential tin and boron by-product credits at the project.

Additionally, the company is evaluating the potential to produce a battery grade lithium hydroxide to complement the proposed lithium carbonate production.