Perth’s Infinity Lithium has secured staged funding of up to €0.8 million from the European Union-based EIT InnoEnergy to fund phase one of a pilot plant at its San Jose Lithium project in Spain. EIT InnoEnergy is mandated to support the European Battery Alliance of which Infinity is a member, who is seeking to build a competitive and fully integrated battery supply chain in Europe. 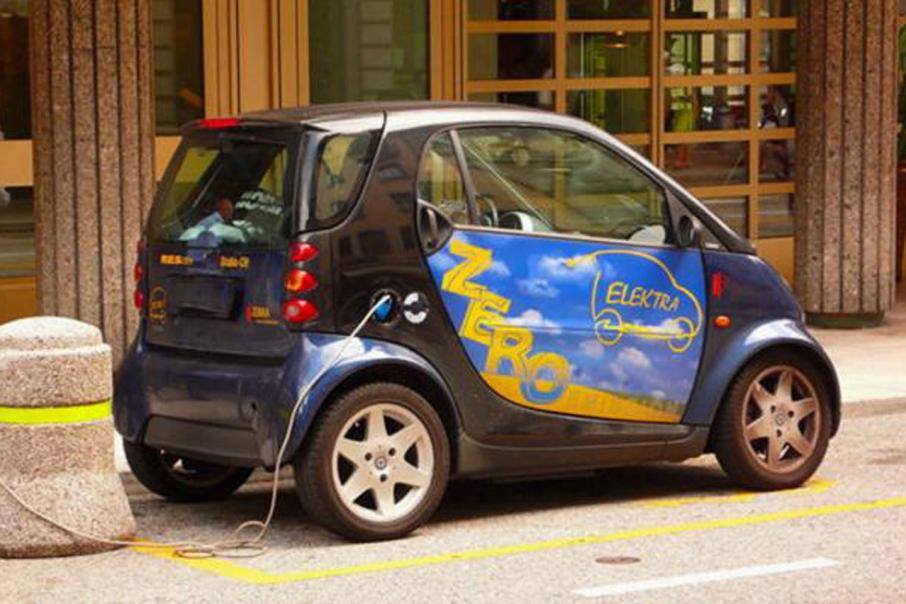 Perth’s Infinity Lithium has secured staged funding of up to €800,000, or approximately A$1.35 million, from the European Union-based EIT InnoEnergy to fund phase one of a pilot plant at its San Jose Lithium project in Spain.  EIT InnoEnergy is mandated to support the European Battery Alliance, or the “EBA”, of which Infinity is a member. The EBA is seeking to build a competitive and fully integrated battery supply chain in Europe.

Infinity’s San Jose lithium project is Europe’s second largest hard rock lithium resource. It boasts an initial 30-year mine life and comes with something of a twist in so much as Infinity is looking to build a lithium hydroxide plant right along-side the mine to capture some of the exponential value that comes with taking lithium downstream.

The ASX-listed European lithium disruptor has already managed to muscle its way into the EU lithium market via its membership of the EBA, allowing it to get in front of the decision-makers at the European Commission and the European Investment Bank.

The EU is firmly on a mission to become self-sustainable in lithium and Infinity’s fully integrated project looks like being a major part of that mix with the EBA’s investment partner now locked into a binding funding agreement.

Infinity’s San José Lithium Project is the first lithium project to secure European funding from EIT InnoEnergy as part of a multi-level investment and assistance agreement, according to the company.

Infinity Lithium Corporation Managing Director, Ryan Parkin said: “The Board of Infinity is delighted to announce the completion of these multi-level agreements, highlighted by the financial endorsement of the San José Project through the funding by EIT InnoEnergy. Our project is the first lithium project in Europe to receive InnoEnergy funding. This multi-level collaboration will see San José benefit through exposure to EIT InnoEnergy and the EBA’s vast European network as the EU focuses on the essential requirement to secure lithium chemicals and develop an integrated lithium-ion battery value chain. With an impressive track record of success in driving innovative and strategically important lithium-ion battery value chain projects to fruition, EIT InnoEnergy represents an ideal project partner for Infinity."

According to the company. Phase one will include feasibility study test work to be funded by the issue of “warrants” priced at A$0.05 in three tranches.  Tranche one will be €400,000 after execution of the project agreement, tranche two will be €200,000 on completion of a certain test work milestone and tranche three of up to €200,000 will come at the end of phase one.

Phase two investment will see EIT InnoEnergy leverage the extensive EBA network to secure funding of up to €2.4 million for the construction of the pilot plant.  Phase three will include fundraising activities to deliver €300 million of debt and equity to finance the project, Infinity said.

EIT InnoEnergy will also support Infinity to secure one or more offtake agreements and secure the necessary licences and permits for the project.

European Battery Alliance Program Director, Industry, Thore Sekkenes said: “Our goal is to make this project a success and lead Infinity Lithium to support the European battery and automotive industry, by supplying lithium which can be produced locally, ethically and sustainably. We will provide support in obtaining necessary environmental approvals and societal acceptance, and secure Infinity Lithium’s strategic place in the European lithium ion battery value chain. Our extensive network in this nascent industry will be used to advance and facilitate binding offtake agreements between Infinity Lithium and battery makers or automakers in the near future, and we have appointed a Spanish advisor within InnoEnergy who is already working together with Infinity Lithium.”

There should be no shortage of customers for Infinity’s lithium offtake, both within Europe and beyond.  Finland and Poland have recently announced a total of €1.5 billion worth of investment in cathode material plants.  In SE Asia, China is ramping up lithium-iron phosphate battery production and even South Korea is building a new battery plant.

Infinity continues to strengthen its position within the European lithium market and it might just result in the small capped WA company having a fighting chance of getting its lithium mine and hydroxide processing plant up and running in Spain.