Infinity Lithium has taken a significant step forward in the development of its massive San Jose lithium project in Spain, with a key local Government body granting the company a “Investigation Permit Ampliación a Valdeflórez”. The permit grants the company legal title over the principal project tenure which has been set aside for its proposed milling and processing operations. 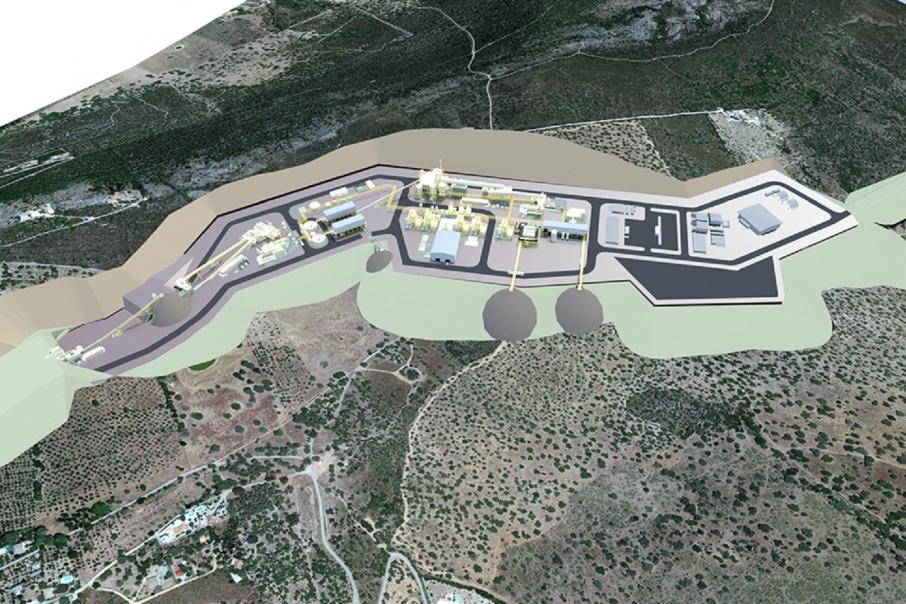 Infinity Lithium has taken a significant step forward in the development of its massive San Jose lithium project in Spain, with a key local Government body granting the company its Investigation Permit Ampliación a Valdeflórez or “PIAV”.

The permit grants the company legal title over the principal project tenure which has been set aside for its proposed milling and processing operations. It also allows Infinity to continue progressing the development program over its massive hard-rock lithium project area.

In addition to the PIAV, the company is also working with the local Government and Mines Department in the Extremadura region to process its application for the Investigation Permit Valdeflórez, or “PIV”. The PIV will cover the deposit itself and is required to facilitate the proposed mining operation. The PIAV and PIV are precursors to the granting of a derived exploitation concession and a move into production.

Infinity Lithium managing Director, Ryan Parkin said: "The granting of Investigation Permit Ampliación a Valdeflórez is another positive development in both the progression of San José as the Company moves forward towards lodgement of the mining licence application, and as a potential catalyst for other investment activities in the regional value chain. Infinity is looking forward to building on our collaborations with regional and local stakeholders to deliver a sustainable and long-life project to the community.”

The company’s San Jose hard-rock lithium project is located in the Extremadura region of Spain, adjacent to the border with Portugal and approximately 280km south-west of the Spanish capital of Madrid. The project is 75 per cent owned by Infinity, with the remaining 25 per cent owned by Spanish mining contractor, Valorzia Mineria.

The company’s tenure covers an extensive mineralised terrane south of the town of Caceres and hosts an immense near-surface, 111.3 million tonne open-pit resource, grading 0.61 per cent lithium oxide.  San Jose is the second largest lithium deposit in Europe and is rapidly emerging as a potential source of lithium products for a growing horde of lithium-ion battery manufacturers across Europe.

The company is aiming to become a vertically integrated producer of the battery metal and is looking to mine, process and manufacture lithium carbonate and hydroxide materials  onsite.

Infinity completed its Pre-Feasibility Study over the project in late 2019, with the study returning a set of headline grabbing numbers including a projected 19-year mine life, a Net Present Value of an impressive US$860 million and an estimated annual revenue stream that tips the scales at US$200 million per annum.

The company is now rapidly advancing the next phases of its Feasibility Study in Europe, with test work at technical partner, Dorfner Anzaplan’s laboratories in Germany identifying a raft of improvements to its conventional processing flowsheet and circuit. Enhancement of the circuit has already delivered improved metal recoveries and concentrate grades for downstream processing.

Infinity’s development program is ably supported by partner EIT InnoEnergy, who is providing €800,000 to develop the proposed process flowsheet and pilot plant. The European-based fund is also set to kick in a further €2.4 million to build the Phase 2 pilot plant and may assist in the sourcing of up to €300 million to assist with construction of the operation.

Recent policy changes by the European Union will likely put a rocket under Infinity’s development schedule, with key emission targets being brought forward and the continent now striving to become self-sufficient in the production of lithium batteries for electric vehicles by 2025.

With a key permit now granted at San Jose and feasibility work continuing to underline the economic viability of the project, Infinity is looking set for a busy 2021 as it charges forward with development of its colossal deposit in western Spain where it is looking to cornerstone a major party of the supply chain for the battery market.