Infinity Lithium has successfully completed drilling for a feasibility study at the San Jose lithium project which is rapidly emerging as one of the most likely new supply hopes for European electric vehicle makers. New results suggest Infinity should be able to steepen the pit walls of the proposed open pit, cutting an already low stripping ratio and giving the project a further economic boost. 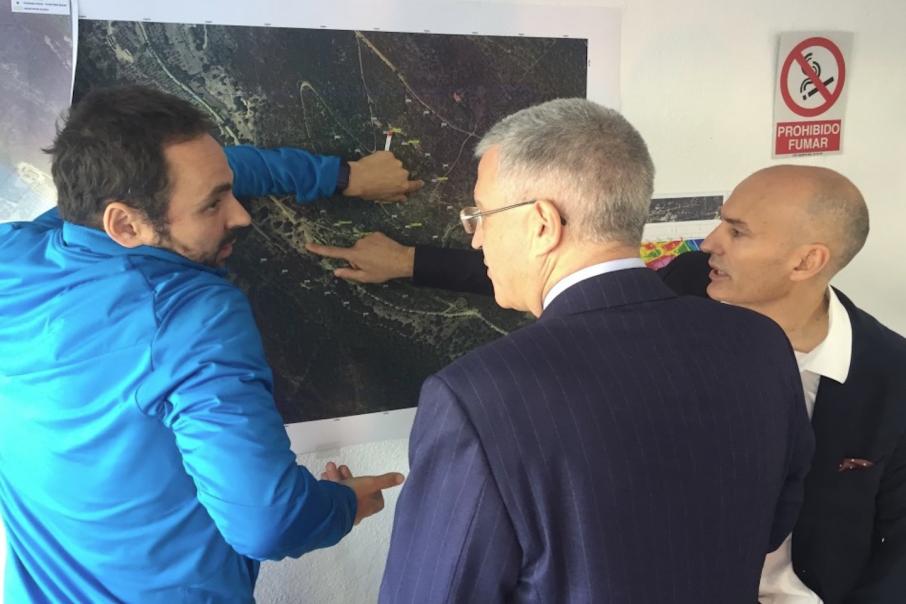 Infinity Lithium Corporation has wrapped up a new round of drilling for its feasibility study at the giant San Jose lithium project in Spain and the numbers haven’t disappointed.

The emerging lithium developer, who recently changed its name from Plymouth Minerals reported this week that a 1,500-metre diamond drill program had achieved all of its goals and will now pave the way for a potential improvement in the project’s economics.

San Jose is one of the largest lithium deposits in Europe and has plenty going for it. The lithium mica deposit at San Jose is at surface, located next door to a major road and sits just a kilometre or so from a gas pipeline.

The mineralisation itself is ideally suited to low-cost processing on site all the way through to battery grade lithium carbonate.

All of these factors came together in a scoping study late last year, which determined that the project would have an NPV of US$401 million and an IRR of 28%.

Importantly those numbers were based on a lithium carbonate price that was half the level of current spot prices.

Whilst the figures produced in the scoping study were for 100% project ownership, Infinity is earning its way to a 75% stake by completing a feasibility study.

The recently completed drilling for the feasibility study has confirmed the block model for the deposit and is expected to lead to an upgrade of the drilled section from the inferred to indicated category.

The exciting news is that geotechnical data gathered from the planned pit outline has revealed nicely uniform geology and solid geotechnical properties.

This means Infinity should be able to steepen the design of the pit walls from the 36 degrees assumed in the scoping study. According to the company, a steeper pit wall will reduce the stripping ratio from an already very low figure of less than 2:1 and provide a further boost to the project economics.

Infinity Managing Director, Adrian Byass, said: “Reducing the impact of mining operations at San Jose at the same time as improving project economics is a goal we believe we can achieve. The company is excited about the strength of the lithium market and the San Jose project is well placed to provide battery grade lithium to this rapidly expanding environmentally sustainable industry.”

The feasibility study is due to be completed by the end of 2018, however Infinity has promised plenty of interim results to give investors an emerging picture along the way.

Meanwhile, the demand outlook for lithium continues to improve with European auto manufacturers locked in mortal combat with each other in order to assert their dominance over the fledgling but rapidly expanding electric vehicle market. At its planned production rate, San Jose will produce 15,000 tonnes of lithium carbonate a year, which is enough for about 300,000 electric vehicles per annum.

As one of the few European based lithium deposits that are likely to come on stream any time soon, Infinity are well placed to ride the lithium driven electric vehicle wave in Europe and the company’s feasibility study will no doubt be eagerly anticipated by the market.