Whilst ASX-listed Infinity Lithium is fleshing out a formal feasibility study for its vertically integrated, battery-grade lithium hydroxide project in Spain, Europe’s key power brokers have met for the fifth time under the guise of the European Battery Alliance to reaffirm the region’s investment commitment to sustainable local sourcing of raw materials used in the battery value chain. 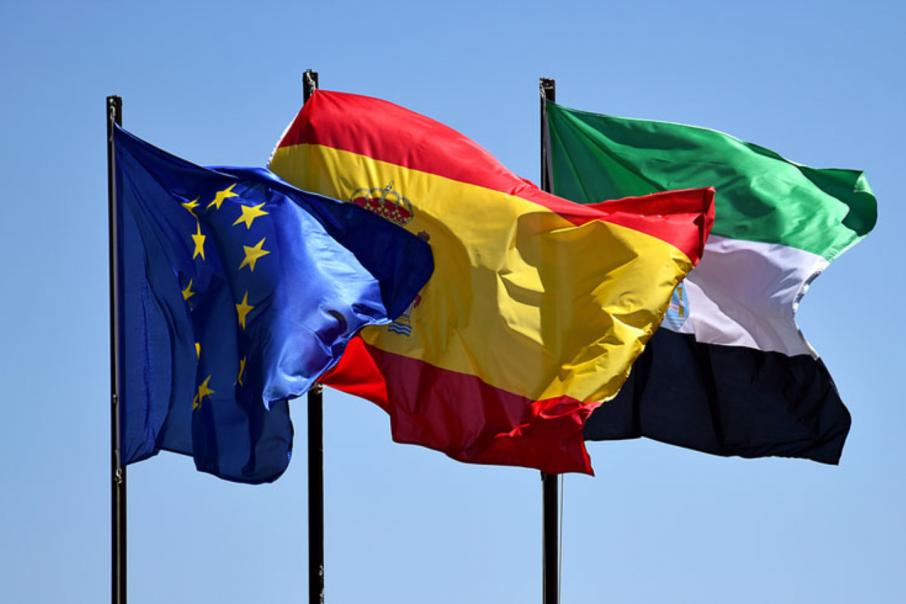 Whilst ASX-listed Infinity Lithium Corporation is fleshing out a formal feasibility study for its fully integrated, battery-grade lithium hydroxide project in Spain, Europe’s key power brokers have met for the fifth time under the guise of the European Battery Alliance, or “EBA” to discuss the electric vehicle battery industry.  The EBA’s members last week reaffirmed the region’s investment commitment to sustainable, local sourcing of raw materials used in the battery value chain.

The San Jose deposit is ideally positioned within Spain’s borders near the town of Caceres in the Extremadura region, adjacent to the border with Portugal.  Its mineral resource estimate currently stands at an open-pittable 111.3 million tonnes going an average 0.61 per cent lithium oxide.

Infinity is planning to bolt a lithium chemical plant to the side of the mine, thereby sidestepping the traditional transport costs and logistics associated with having two different geographically separate operations – one for mining and one for producing lithium chemicals.

Infinity’s ground is around 280km south-west of Spain’s capital, Madrid, where the Government rolled out a draft Energy Storage Strategy last October.  The Spanish Government publicly acknowledged the critical importance of supporting the development of an in-country lithium-ion battery supply chain, in line with Europe’s broader strategy being enacted under the auspices of the EBA.

Spain’s Minister for the Ecological Transition, Teresa Ribera said: "In this context, Spain has the challenge of researching, developing and favouring the battery industry and that of the mineral raw materials essential for their manufacture, promoting, in particular, its own resources".

Infinity said the Spanish state recently announced plans to build a battery cell factory for electric vehicles, or “EVs”, as a part of a public-private consortium involving the Volkswagen brand SEAT and the energy company Iberdrola.

Interestingly, SEAT has a factory at Martorell, Barcelona, on Spain’s east coast and its President, Wayne Griffiths, was quoted as saying his plant won’t be competitive if it doesn’t electrify Martorell, according to Infinity.

The European Commission has taken further steps towards locking in a sustainable source of lithium with the establishment of the European Raw Materials Alliance, or “ERMA”.  The ERMA is modelled on the success of the EBA with the goal of shoring up a local supply of critical raw materials to sustain a strategic lithium-ion battery value chain in Europe.

Infinity’s San Jose project is the first project to secure funding from the Netherlands-headquartered EIT InnoEnergy which is an independent European Union-funded body responsible for the industrial development program of the EBA.

It has also offered to assist Infinity to secure the full suite of project financing.

Infinity’s Spanish project is firmly in the crosshairs of the EBA, ERMA and EIT InnoEnergy as a near-term target for investment in the lithium-ion battery space.  EIT’s CEO, Diego Pavia, labelled Infinity’s San Jose project as a “pioneering” initiative of a sustainable, vertically integrated mining and processing project in the region.

According to Infinity, EIT has also agreed to support the company to the tune of a further $4 million for the building of a pilot plant.

Infinity rolled out some seriously good numbers when it tabled a pre-feasibility study for San Jose back in August 2019.  The PFS projects a 30-year initial project life, processing some 15,000 tonnes of battery-grade lithium hydroxide per annum for a total NPV of US$680m and an impressive IRR of 42.3 per cent.

With EV registrations now outpacing diesel-powered cars in Europe and Government policies looking to hasten the electric vehicle transition, Infinity appears to be at the eye of the storm as it moves headlong into the formal feasibility stage of its massive San Jose project in Europe.