Calidus Resources has generated encouraging infill drilling results that confirm the grade continuity of its Klondyke ore system at the Warrawoona gold project in the Pilbara region of WA ahead of next month’s PFS. The company has also completed a surface trench sampling program over the Klondyke resource to establish the grade and thickness of gold mineralisation and support future mining operations. 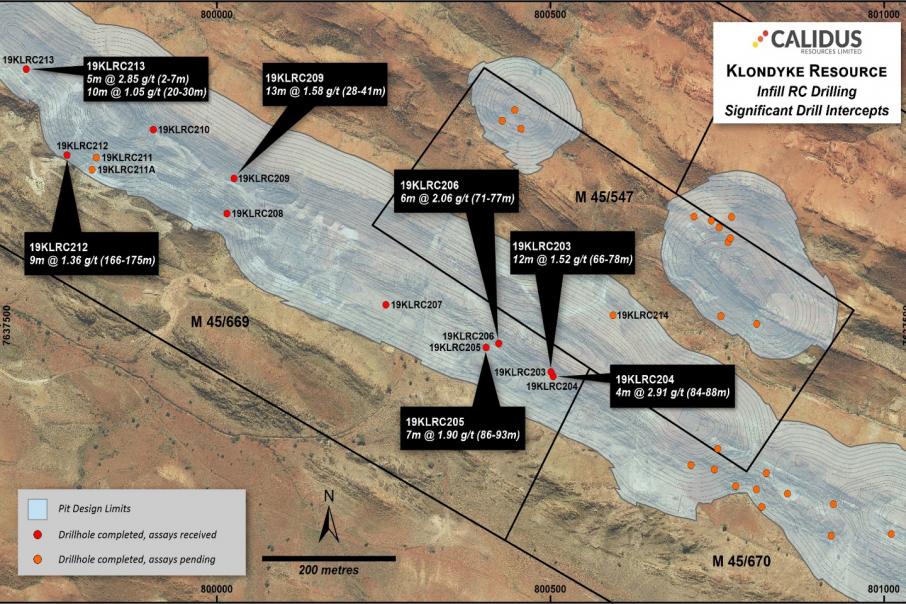 Gold developer Calidus Resources’ latest infill drilling results at the Klondyke deposit of its flagship Warrawoona gold project near Marble Bar, WA, have confirmed the grade continuity of the ore system ahead of next month’s pre-feasibility study report.

The drilling was undertaken to increase the reliability of the gold grades at the western end of the defined resource, which lies inside the optimised open pit shell for the Klondyke resource.

Similar work was undertaken at the eastern end of the deposit and a short program of drilling was also completed on two regional targets during the current campaign.

In addition, Calidus completed a shallow surface sampling program incorporating eight trenches over the centre of the Klondyke deposit, which will help establish the grade and thickness of gold mineralisation and support future mining operations.

Assay results are pending for the drill programs and costeaning works and results will be reported on receipt, according to the company.

Calidus Managing Director Dave Reeves said: “The RC drilling and trench campaigns are part of Calidus’ strategy to de-risk the development of the Warrawoona project, where a Pre-feasibility Study is due for completion next month.”

“Upgrading drill density and trenching the upper portions of the Klondyke resource will result in an improved level of confidence in lode geometry, continuity and predictability. Results will be used to refine the open-cut mine design and shallow early mine-feed material.”

The company effectively controls the Warrawoona geological structure that hosts multiple gold deposits in the East Pilbara region and from which Calidus has so far generated 1.25 million ounces of gold resources.

Next steps will include the completion and publication of a keenly anticipated PFS for the gold project in July.