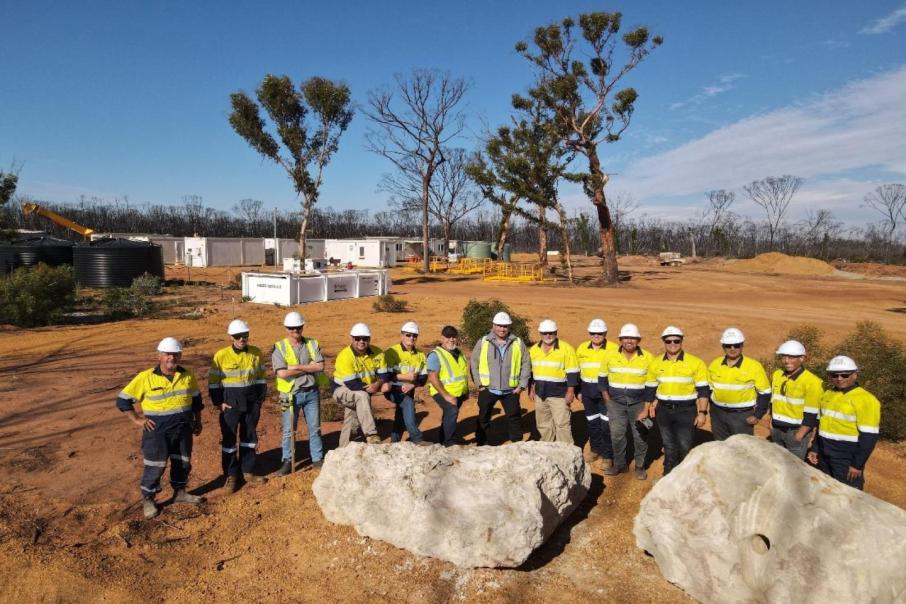 Classic Minerals has embarked on an infill drill campaign at its Kat Gap project in WA’s Goldfields region. Credit: File

Classic Minerals has returned high-grade gold intercepts from the first 10 holes of an RC drilling campaign at its flagship Kat Gap project near Southern Cross in WA’s Goldfields region.

Assay highlights include a 3m intercept going 13.23 grams per tonne gold from 32m including 1m reading a substantial 17 g/t gold from 34m.

Classic says the majority of the infill drilling will focus on holes to depths of 40m to 70m, however deeper holes from 100m to 140m will also be drilled in an effort to extend the gold mineralisation to a greater depth and downdip.

The latest assay results were from holes about 200m north along strike for 555m drilled.

The company says the overall infill program for 7110m should take between four and six weeks depending on the local weather conditions with further results released once available.

The Kat Gap deposit of 93,000 ounces grading 2.96 g/t gold is the highest-grade contributor to the company’s total gold inventory of just over 400,000 ounces.

Last year Classic’s trial mining operation received approval from the state regulator to excavate a maximum of 49,000t from Kat gap, with the work primarily aimed at fine-tuning the processing plant and optimising pit design.

In May the mining of the bulk sample was finalised and Classic is currently progressing geological and engineering studies to aid final pit design work.

Early last month the company moved closer to full-scale production at its flagship project after hitting a substantial body of water in its first exploratory hole.

The water bore was found near the company’s main haul road, a little more than 1km from Classic’s processing hub where it has already set up a pair of process water tanks and a gold processing shed.

The company’s Gekko processing plant is a mobile unit capable of treating up to 250 tonnes of ore per hour and is about 7km from Classic’s mining field.

With the strong results continuing at Kat Gap from the latest round of infill drilling, Classic appears to be moving steadily forward to its goal of becoming a gold producer.