Indiana Resources has put the finishing touches on its acquisitions in SA’s mineral-rich Gawler Craton having completed its due diligence over privateer, Patron Resources tenure in the resurgent metal terrane. The acquisition brings Indiana’s ground holdings in the region to a commanding 5,090 square kilometres with drilling set to kick off in the coming weeks. 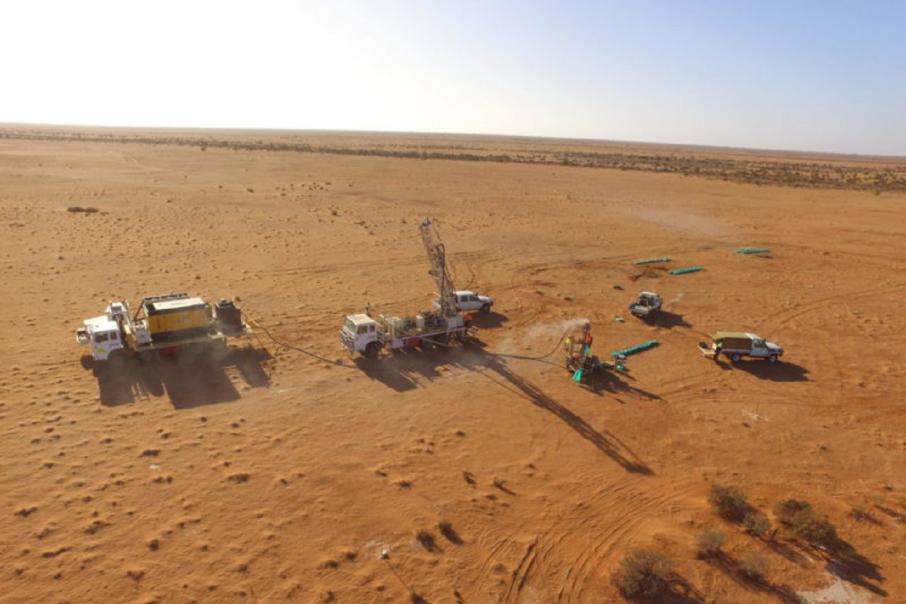 Indiana Resources has put the finishing touches on its acquisitions in SA’s mineral-rich Gawler Craton having completed its due diligence over privateer, Patron Resources tenure in the resurgent metal terrane. The acquisition of Patron’s tenure brings Indiana’s ground holding in the region to a commanding 5,090 square kilometres which is prospective for both gold and base metal mineralisation.

The company has acquired 100 per cent of Patron’s two wholly-owned subsidiaries, Endeavour Copper Gold and Earea Dam Mining, for $140,000 in cash and 11 million options in the company. The purchase has delivered Indiana a strategic ground holding in the region surrounding the Tunkilla and Tarcoola mining centres, adding to its own recent tenement applications in the terrane.

“This is a very strategic move for Indiana as it provides our shareholders with low-cost, low-risk exposure to some highly sought-after exploration ground in South Australia which is proven to be prospective for significant gold mineralisation. Importantly, we will look to extract maximum value from these tenements through systematic exploration whilst the legal proceedings in relation to the Ntaka Hill Nickel Project are advanced in the background. “

“We certainly have a busy pipeline of activity mapped out for the remainder of the calendar year, commencing with a planned drill programme to commence in the next few weeks.”

Indiana’s Gawler project, located 620km north of Adelaide, was folded into the company’s portfolio after exercising an option over Patron’s 2,704 square kilometre position back in August. Adding further to its holdings, Indiana also scooped up an additional 2,386 square kilometres in the middle of conducting its due diligence program through the terrane.

The company’s move into South Australia comes on the back of the COVID-19 pandemic and legal issues overshadowing its Ntaka nickel discovery in Tanzania. Its swift pivot into one of Australia’s most revered gold provinces puts Indiana in the box seat as it jumps back into exploration over the coming months.

The Gawler Craton hosts a wealth of gold and base metal deposits including the colossal Olympic Dam and Prominent Hill copper-gold mining operations and is enjoying a revival in exploration activity due to a burgeoning gold price and the current restrictions on travel due to the global pandemic. A number of high-profile explorers have been drawn to the fertile province including Taruga, Marmota and ASX aspirant Barton Gold Pty Ltd.

Indiana’s tenure in the central Gawler adjoins Barton Gold’s widespread holding in the region which has already demonstrated its potential to host company-making gold deposits. Barton holds the 588,000-ounce Tunkillia project, adjoining Indiana’s ground to the south, and the Tarcoola mining centre to the north. Barton also owns the Challenger gold plant, 150km to the northwest of the project area.

Indiana’s work program in the Gawler has been given a significant leg-up due to its new Patron tenure hosting several highly prospective gold targets including the Earea Dam, Double Dutch, Lake Labyrinth and Boomerang prospects.

The company’s priority target looks to be Lake Labyrinth, which lies in the east of the project area. Lake Labyrinth hosts a number of prospects, with first-pass drilling over Minos and Ariadne anomalies hinting at a large auriferous system, with a mineralised envelope extending over several kilometres of strike.

The gold mineralisation at Lady Labyrinth is associated with quartz-rich lodes within a layered shear zone presenting a sizeable, walk-up geological target for systematic testing by Indiana’s evolving exploration program.

With Indiana’s forthcoming drilling at Minos and Ariadne already planned and permitted, the company is set to join the fray in the Gawler. Armed with a bevy of eye-catching results from both prospects, the company can look forward to an interesting few months ahead as it kicks off its drilling program in outback SA.