Indiana Resources is kicking its exploration efforts into high gear with an upcoming drilling blitz at the Minos discovery in South Australia’s Gawler Craton. The ASX-listed company was well blooded for the hunt after it recently unearthed an extraordinary 38m drill intersection going 6.54 g/t gold from just 29m. Other targets along strike will also be tested. 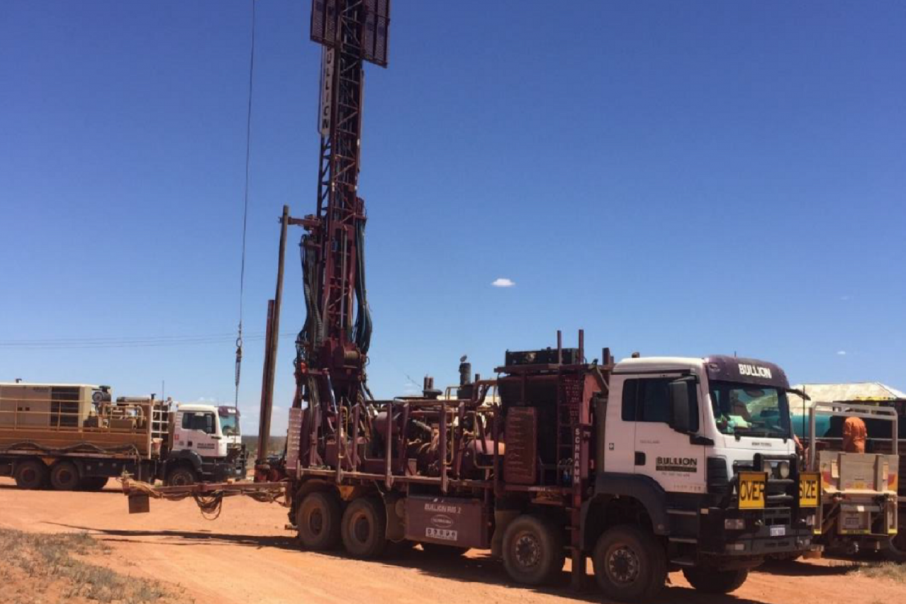 Indiana Resources is kicking its exploration efforts into high gear with an upcoming drilling blitz at the Minos discovery in South Australia’s Gawler Craton. The ASX-listed company was well blooded for the hunt after it recently unearthed an extraordinary 38-metre drill intersection going 6.54 grams per tonne gold from just 29m. Other targets along strike will also be tested now as the company starts to get a handle on the structural geology at Minos.

The Minos prospect is one of several priority drill targets identified by Indiana within its 5,090 square kilometre tenure strategically located within South Australia’s Central Gawler Craton gold province. Unlisted Barton Gold’s historic Tunkillia gold project containing a 965,000-ounce resource adjoins the southern border of the project and its 92,800-ounce Tarcoola deposit sits on the northern edge of the tenements.

The upcoming drilling campaign will follow-up on the high-grade hits and test for new targets along strike from Minos and the nearby Ariadne prospect.

Commencing in early April, three diamond drill holes are planned for Minos to better develop the structural and geological understanding of the mineralisation and to test extensions at depth and in a westerly direction. Intriguingly, one hole will go below the 38m hit grading 6.54 g/t gold from 38m, which includes a richer interval of 16m at 13.12 g/t gold.

A 15-hole 2,000 metre reverse circulation campaign will follow in mid to late April and the holes will be drilled in between existing lines with the goal of intersecting high-grade veins at Minos. Results of the drilling will assist in delineating a maiden gold resource in 2021.

A further 60 air core holes for 3,600 metres have been designed to test an 8-kilometre corridor including areas of sparse historical drilling between Minos and Ariadne. Results from the air core drilling will allow Indiana to plan additional reverse circulation drilling in the future.

Indiana Resources Executive Chairman Bronwyn Barnes said: "Our commitment to immediately ramp up exploration at Minos is a strong demonstration of the Company’s enthusiasm for this underexplored area. With sufficient cash resources to meet our current programmes, and the strong likelihood of an additional $4m to be received in late July, we are fully funded to actively progress activities on the ground. Whilst Minos is our primary focus for expanded drilling activities, we are working on other land access approvals in order to expand our exploration activities later this year.”

Following capital raising initiatives last month that netted the company $1.25 million, it may receive a further cash injection to the tune of $4.3 million through the exercise of listed options that expire in early August this year.

Indiana is also continuing to pursue access to other regions of the project tenure via government regulatory processes and native title discussions.

After the successful drilling at Minos earlier this year it did not take long for Indiana to get back in the field again and with head-turning hits like 38m at 6.54 g/t gold, this campaign is only just building up a head of steam.