Indiana Resources has headed straight into its second round of drilling in South Australia’s Gawler Craton. The company is set to plough 6,000 metres of drilling into the gold-rich Lady Labyrinth Shear in the coming weeks, where recent exploration over the Minos prospect has returned a stream of outstanding intercepts including a stellar 38 metres at 6.54 grams per tonne gold from only 29m down-hole. 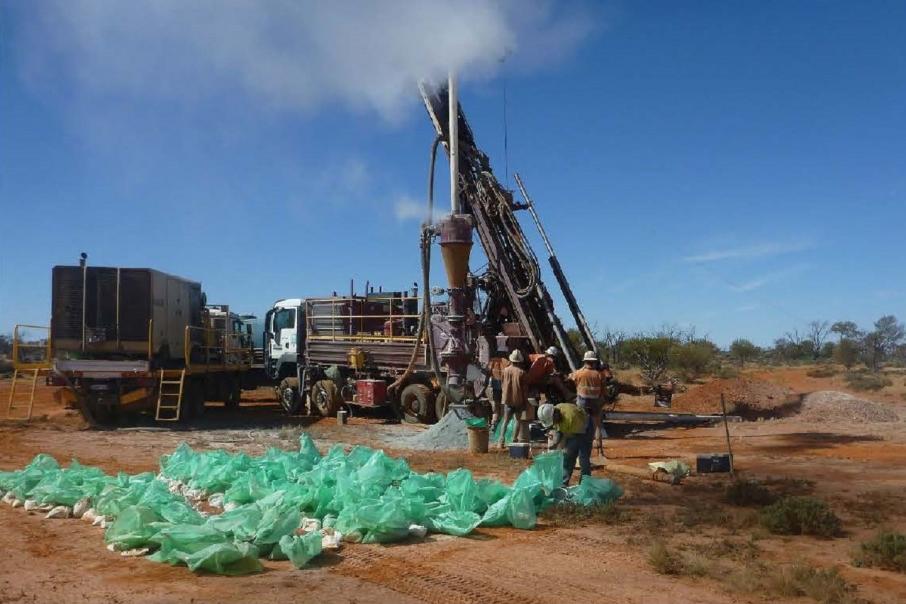 Indiana Resources has headed straight into its second round of drilling in South Australia’s Gawler Craton. The company is set to plough 6,000 metres of drilling into the gold-rich Lady Labyrinth Shear in the coming weeks, where recent drilling at the Minos prospect returned a stream of outstanding intercepts including a stellar 38 metres at 6.54 grams per tonne gold from only 29m down-hole.

The company has designed a follow-up program of 2,000m of reverse circulation drilling across at Minos, which is designed to infill on its maiden drilling program in addition to testing the north-west and south-eastern strike extents of the emerging deposit.

Indiana expects to follow up the RC program with two diamond tails to deepen several earlier drill holes, in addition to putting down a dedicated diamond hole to provide both stratigraphic and structural data over the discovery. The company also plans to utilise a down-hole televiewer to add further value to its program by providing structural data across the Minos prospect area.

Indiana Resources Executive Chairman, Bronwyn Barnes said:  “Minos is shaping up as an exciting target for Indiana and is one of several encouraging prospects within the broader Lake Labyrinth Shear Zone project area to be drill tested this year.”

“We continue to push ahead with an aggressive exploration strategy in the Gawler Craton and look forward to updating shareholders on progress in due course.”

The Minos gold prospect is Indiana’s flagship discovery on the extensive Lady Labyrinth Shear Zone in South Australia. The project is located 620km north of Adelaide and forms part of the company’s immense 5,090 square kilometre ground holding over the fertile Gawler Craton.

The Gawler Craton is one of Australia’s prime exploration addresses and hosts a wealth of gold and base metals deposits including the world-class Olympic Dam and Prominent Hill copper-gold mining operations.

Indian’s evaluation of the Gawler region has included an assessment of the regional geophysical and geochemical datasets and shows the Lady Labyrinth Shear stretching along more than 30km of strike. The Shear extends from the Partridge prospect in the north-west, runs through the Minos-Ariadne discoveries and into a series of as-yet-unnamed prospects in the south-east of the company’s tenure.

Recent drilling across the Minos-Ariadne discovery shows the gold mineralisation on the Lady Labyrinth Shear to be associated with quartz-rich lodes, within a layered shear zone, which presents a vast, walk-up target for ongoing drill testing.

Indiana’s priority target in the Gawler is now the Minos prospect where its maiden drilling program has returned a wealth of high-grade gold intercepts including the aforementioned result in addition to 26m at 4.28 g/t gold from 68m and 5m at 24.35 g/t gold from 106m. The present RC and diamond drilling program is aimed at infilling on these results and extending the discovery along strike and at depth.

The company is also planning a further 3,600m of reconnaissance aircore drilling along strike from Minos to further define the mineralised extents of the Lady Labyrinth Shear Zone.

Previous exploration at the Minos discovery shows the tenor of mineralisation associated with the ore system increases with depth and with Indiana’s drilling program now set to test both the strike extents of the deposit and to plumb its depths, Indiana followers may need to hold their breath a little while longer whilst this new gold discovery in SA takes shape.