Indiana Resources is preparing to dive into exploration at its Lake Labyrinth project in South Australia, with drilling expected to kick off later this month. The company has planned a program of reverse circulation drilling over the Minos prospect to follow up on historical high-grade intercepts, including 12m at 10.36 g/t gold, as it ramps up exploration aimed at delineating a maiden resource in 2021. 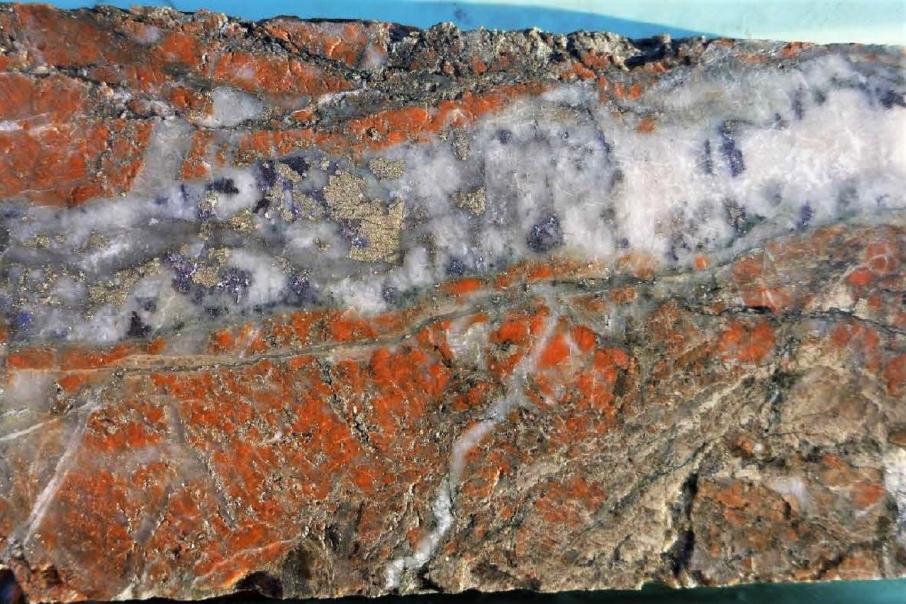 Indiana Resources is preparing to dive into exploration at its Lake Labyrinth project in South Australia, with drilling expected to kick off later this month. The company has planned a program of reverse circulation drilling over the Minos prospect to follow up on historical high-grade intercepts, including 12m at 10.36 g/t gold.

The move into drilling at Lake Labyrinth comes in the wake of a detailed review of the project. The targeted Lake Labyrinth Shear Zone, or “LLSZ” extends across more than 40 km of strike and hosts a number of prospect areas, including the Ariadne and Mino’s targets.

An evaluation and modelling of the previous drilling at Minos appears to have identified the structures controlling the gold mineralisation which has resulted in a reorientation of the drilling direction for the upcoming program. This improved understanding of the gold-bearing system may expedite the company’s delineation of the mineralised shoots at Minos and have positive implications for exploration over the length of the LLSZ.

“Having spent considerable time reviewing historic results across the South Australian tenement package we are pleased to now confirm an initial drill programme will commence this month at the Minos Prospect. The results of this initial programme are anticipated during mid-December and will support our plans for an expanded exploration programme in early 2021.”

The company’s extensive tenure in the Gawler abuts ASX-aspirant, Barton Gold’s strategic holding in the region which hosts a number of significant gold deposits, including the expanding resource at Tunkillia in the south. Barton has recently released an upgraded resource for the project, estimating an endowment of just under one million ounces of gold, which looks set to grow as it continues its exploration across the terrane.

Interestingly, Barton also owns the mothballed Challenger gold processing plant, which has produced more than one million ounces of gold and lies just 150km to the northwest of Indiana’s project area.

Indiana’s Minos discovery lies approximately 40km to the east of Barton’s Tarcoola project and is one of a cluster of prospects along the LLSZ. The company’s recent evaluation of the prospect has uncovered a number of subtleties which have not only enhanced its prospectivity but have changed the way the target will be explored, including a shift in the orientation of the drilling.

Structural modelling of the LLSZ shows the gold-bearing structure strikes in a north-west to south-east orientation and dips steeply to the south-west. The Shear hosts two generations of mineralisation, with the gold mineralisation parallel to, and contained within, the shear fabric of the structure and is associated with quartz-sulphide alteration. The second pulse of quartz, base metal rich mineralisation is hosted by brecciation and quartz-carbonate veining which cross-cuts the shear zone and dips steeply to the north-east.

The second phase of alteration and mineralisation is typified by the presence of brown hematite alteration and appears to have concentrated and enhanced the first phase of gold mineralisation. The intersection of the main Lake Labyrinth structure and later stage breccia’s appear to host the higher-grade mineralisation along the LLSZ, with many of the historical artisanal mine workings associated with these rich gold bearing lodes.

Existing drilling along the LLSZ is predominantly angled to the north-east to test the main structure and is interpreted to have only partially tested these newly identified, second phase, high-grade lodes. Indiana’s impending program of drilling will include a number of steeply dipping drill holes oriented in the opposing direction, to the south-west, to better test these positions.

Whilst Indiana’s upcoming program will focus on the Minos prospect it is worth noting that Minos is almost a kilometre to the north-west of the Ariadne prospect, which sits along the same shear. The LLSZ is completely untested between the two prospects, presenting an enticing target and perhaps suggesting that the gold mineralisation at this location may extend along several kilometres of strike.

Indiana is looking towards the defining of a resource at Lake Labyrinth, with reverse circulation drilling scheduled in the coming weeks. The company plans to follow up with diamond drilling early next year as it builds up a head of steam drilling across the South Australian outback.