Gawler Craton-focused gold hopeful, Indiana Resources has completed its maiden 10-hole RC drill campaign at the Minos gold prospect in South Australia. The company has churned out 1,604m of drilling at the Lake Labyrinth Shear Zone chasing historical hits of 12m at 10.36 g/t and 24m at 2.18 g/t gold. Indiana said nine of the ten holes ended in the mineralised shear zone and assays are pending. 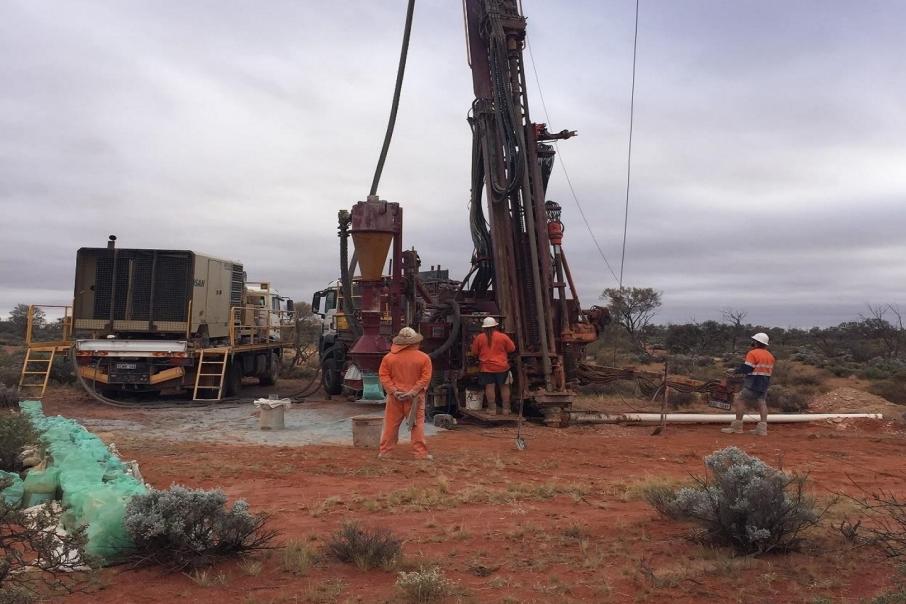 ASX-listed Indiana Resources has completed its maiden 10-hole drill campaign at the Minos gold prospect in South Australia. The company worked over the Lake Labyrinth Shear Zone, or “LLSZ” with 1,604 metres of RC drilling following up historical hits of 12m at 10.36 grams per tonne and 24m at 2.18 g/t gold.

Indiana said nine of the ten holes, all which varied in depth from 72m to 210m, ended in the mineralised shear zone and it is now awaiting assay results from samples currently with the lab in Adelaide.  The company also noted the RC drill holes are available for future extension by diamond drilling.

The Gawler Craton-focused gold hopeful said its latest drilling campaign was testing a 600m-long section of core mineralisation at Minos which appeared to be open along strike and at depth.

Indiana has three prospects in a cluster straddling the LLSZ within just one of its Central Gawler Craton project tenements.  Minos and its southern siblings, Ariadne and Company Well, are spread over a couple of kilometres of strike length along the LLSZ.

Both Minos and Ariadne have returned an assortment of solid historical gold drill intercepts, with one hole at Ariadne returning 8m at 2.08 g/t from 29m down-hole and 11.0m at 2.44 g/t from 40m.

Indiana’s ground is in good company on the uber-rich Gawler Craton mineral field, with other hopefuls including ASX-listed Marmota and privately-held Barton Gold holding ground with proven, one-million-ounce deposits scattered around it.

Indiana Resources Executive Chairman, Bronwyn Barnes said: “We are very pleased that drilling has been completed safely and ahead of schedule. This is an exciting time for the Company as we plan to expand the exploration programme for 2021 and look forward to receiving results from this programme in due course.”

After Perth-based Indiana Resources pivoted out of Africa and secured a strategic position in SA’s Gawler Craton, it is now forging ahead and drilling up a storm around Minos ahead of calculating of a maiden JORC resource.

The company is also expecting the assay results of the historical diamond core recently unearthed in the SA Government’s core shed.  The diamond core hole sits adjacent to several historical RC drill intercepts including 10m at 4.64 g/t gold, 5m at 7.32 g/t and 18m at 1.05 g/t gold.

Indiana controls a strategic 5,090 square kilometres of highly prospective ground in the Central Gawler Craton with majority of its leases covering the Harris Greenstone belt.  According to the company, the geology is similar in style to Western Australia’s gold-rich Archaean greenstone belts.