An independent geologist’s report has backed Calima Energy’s comparisons with a highly profitable operation on neighbouring acreage in the Montney Basin, which is one of North America’s hottest liquid rich gas plays. Calima’s ground was found to have even better pay thickness and porosity than neighbouring ground held by Saguaro Resources, which is producing more than 10,000 barrels of oil per day. 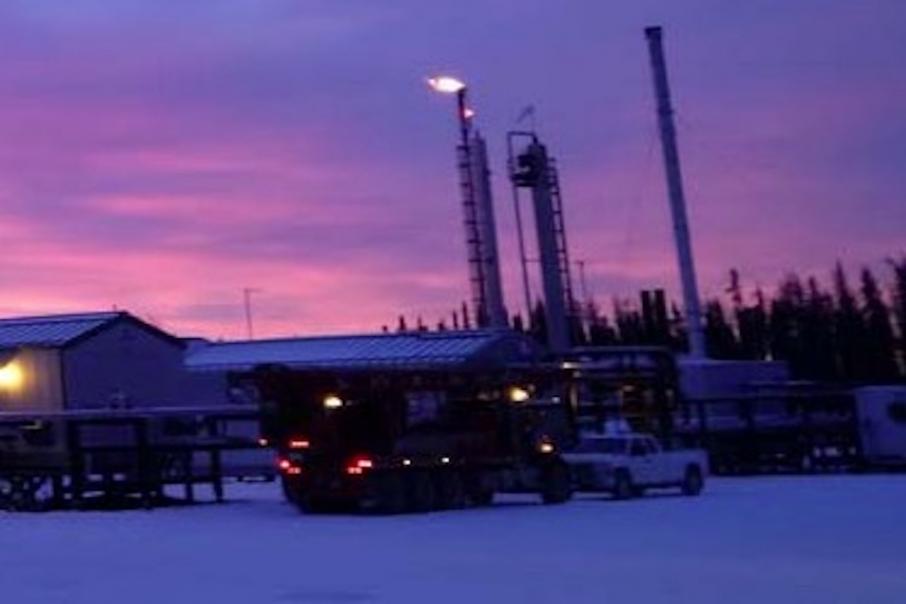 A Saguaro operation in The Montney

Calima Energy’s high hopes for its liquid-rich gas acreage in Canada’s Montney Basin have been backed by an independent geologist’s report.

The newly listed oil and gas explorer told the ASX that a leading geological consulting firm, McDaniel and Associates, had backed Calima’s view that its acreage had much in common with the lucrative neighbouring ground held by Saguaro Resources.

Saguaro has emerged as one of Canada’s leading independents after investing C$400 million on its leases to build production to more than 10,000 barrels of oil equivalent per day. Saguaro has also reported it expected to achieve an internal rate of return of between 40% and 83% per well at current condensate and gas prices.

The Montney Basin is one of the hottest gas/liquids plays in North America, with total investment of C$5.2 billion in 2017, according to leading industry analyst Wood Mackenzie.

The consultant concluded that the Middle and Upper Montney reservoirs in the Calima acreage compared favourably to Saguaro’s ground.

In fact, pay thickness and average porosity were higher in Caribou than at Laprise. The main difference was only the depth of the reservoir, which is predicted to be just 300 metres shallower on Calima’s ground.

Calima’s Managing Director, Alan Stein, said: “The McDaniel report  confirms our view that the Montney Formation in the Calima Lands could be equally as productive as that being developed in the offset acreage immediately to the south (by Saguaro).”

Since joining the ASX via a backdoor listing in August, Calima have boosted their Montney Basin acreage by 27% after successfully bidding in a Canadian government auction, giving it material scale in the basin.

An interpretation of high quality 3D seismic data that was licensed to Calima is also underway and will be used with existing seismic and well data to plan a 2018 drill program of three horizontal wells.

Shareholders have already been well rewarded, with Calima jumping from a theoretical relisting price of 3.3 cents to a recent close of 5.6 cents.