In defence of climate action

Business and the defence sector are driving action on climate change, despite a lack of political will. 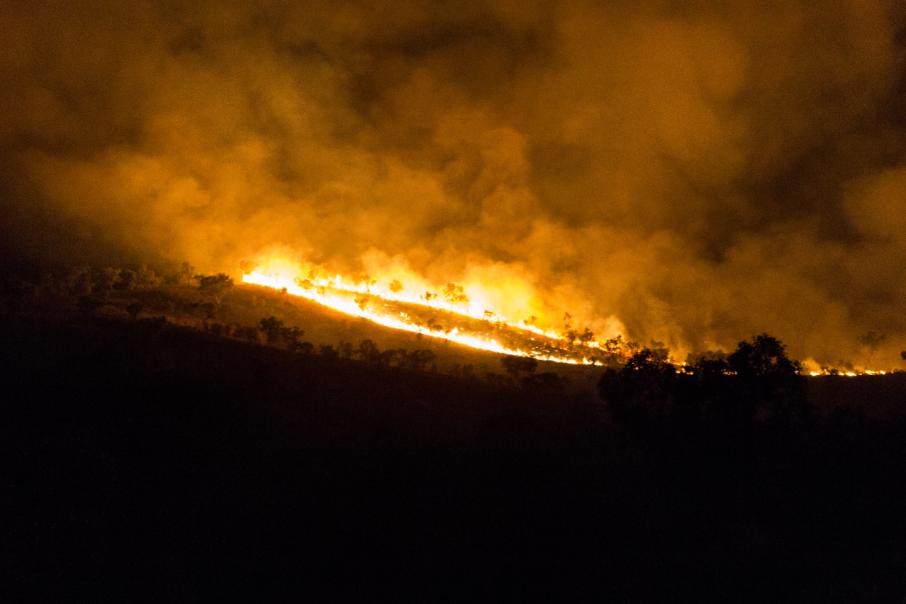 An increase in the number and intensity of bushfires is a consequence of continued inaction on climate change. Photo: Stockphoto

The Australian Security Leaders Climate Group didn’t try and sugar-coat the outlook in a recent report on one of the nation’s key threats.

“Climate change now presents a grave, and potentially existential, threat to society and human security,” it said in its opening statement of the report, Missing in Action: Responding to Australia’s Climate and Security Failure.

ASLCG exists to “reframe the climate narrative, making climate an immediate security priority” as a “non-partisan network of Australian security and policy professionals – drawn from all services – with the aim of fostering national discussion and action.”

At first glance, it appears a strange combination. The perception of hardened defence leaders does not fit the stereotypical profile of environmental activists. The report leaves no doubt, however, that climate change is a critical factor in defending Australia’s national and regional security.

Droughts, floods, heatwaves, bushfires, infrastructure damage and coastal inundation are among the factors cited in the report as increasing consequences of continued inaction.

This is undoubtedly relevant to the defence sector and supported by other publications.

The Senate Finance and Public Administration References Committee’s interim report, Lessons to be Learned in Relation to the Australian Bushfire Season 2019-20, notes that the threat of fire is unlikely to recede, and is more likely to increase due to climate change concerns.

The report estimates that 8,000 ADF personnel assisted with the bushfires in that season, draining resources.

The ASLCG report highlights broader security concerns that are also significant threats. Food and water shortages, as well as natural disasters, are among the factors that could trigger population displacement, civil wars, or regional conflicts. Australia’s own region, the Asia-Pacific, is noted as the highest risk region.

This is not some distant threat. The Missing in Action report cites a November 2019 UK Ministry of Defence climate change report. This report evaluates the scenario of a 3.5 degree Celsius increase in temperature by 2100 to project security implications.

In that scenario, food, water, and energy crises converge in a perfect storm as early as 2030.

While a politically delicate, nuanced, and challenging issue for governments all over the world, it’s hard to escape the inference that Australia could be doing more.

A UN report ranked Australia last on climate action from 193 UN member countries. The prospect of adversarial naval fleets off the Australian coast by 2030 would and has elicited far greater action.

Acknowledge the issue. Seize the initiative through coordinated national climate risk assessments. Show that leadership is committed to safeguarding our future.

Appoint an independent and expert panel. Establish an office of climate threat intelligence. Assess the threats with brutal honesty.

• Act and invest with urgency

Protect the most vulnerable. Prevent devastating climate impacts by reaching zero emissions as quickly as possible. Prepare to manage the risks and respond to the impact of life in a climate change disrupted world.

Among the concluding remarks, the report distills the information into a single, “fateful” choice.

“An unprecedented peacetime mobilisation to protect, prevent and prepare; or further procrastination and descent into instability and social breakdown,” it says.

You don’t need to be a member of the ADF or intelligence community to help Australia respond to this threat. Visit the ASLCG website and read the four-page summary or 48-page report. Distribute the summary among your business leaders and consider what actions your business can take.

Business can assume the leadership role in the absence of regulation. Our nation’s largest companies, many that reside in Western Australia, can take a leading role.

As we ponder the fateful choice of protection versus instability with 2030 on the horizon, are you prepared to defend our nation?

• Kristian Constantinides is chairperson of AIDN-WA