Calidus Resources has confirmed the technical and economic open-pit credentials of its Warrawoona gold project in WA’s East Pilbara region on the back of some promising, new shallow RC drilling intercepts from the Klondyke deposit. The company is also continuing to de-risk the million ounce-plus ore resource, with recent work defining near-surface gold mineralisation in Klondyke’s eastern section. 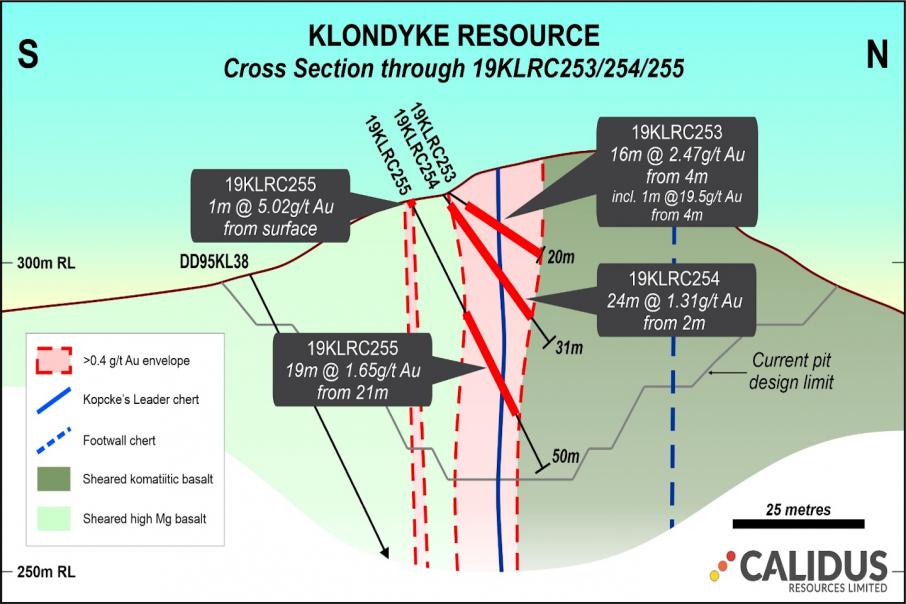 The latest results will be used to establish a confident JORC-compliant measured resource and demonstrate that Klondyke’s gold mineralisation is easily accessible almost from surface.

The tenor and thickness of the gold zones highlight the technical and economic strength of the planned open-pit and are consistent with Calidus’ strategy to de-risk the present 1.25 million ounce Warrawoona resource, which is currently the subject of due diligence ahead of a DFS.

Importantly, the ore system is still open in all directions.

The company is completing 88 shallow RC holes to define the gold distribution grades it will look to exploit during the first 12 months of open pit mining at Warrawoona.

Calidus’ PFS shows that Warrawoona would churn out around 100,000oz of gold per annum over an initial six-year mine life at and all-in sustaining cost of about $1,159 per ounce.

The company now expects to upgrade a portion of its proposed gold production within the first years of open pit operations into the higher confidence JORC-compliant measured resource category.

This could potentially swell the ore reserve position and also lower the all-in sustaining costs of the gold production at Warrawoona.

“The drilling for the measured resource is now complete and the RC rig has moved on to drilling areas east of the current pit design as part of our plan to continue growing the mine life inventory.”

“Drilling will then progress to Klondyke West, approximately 3km west of the current resource, to commence more detailed exploration of this large gold system.”

Calidus has deployed a diamond rig to speed up the conversion of inferred resources into the indicated category as part of the development work for a potential underground operation beneath the proposed Klondyke pit.