Things are heating up for ASX-listed explorer, Impact Minerals across two projects in New South Wales. Government approvals have now been received for a highly-anticipated drilling campaign at the company’s 100 per cent owned copper-gold Apsley prospect in the Lachlan Fold Belt. The results from final assays at the Broken Hill Project are also being assessed for follow-up drilling. 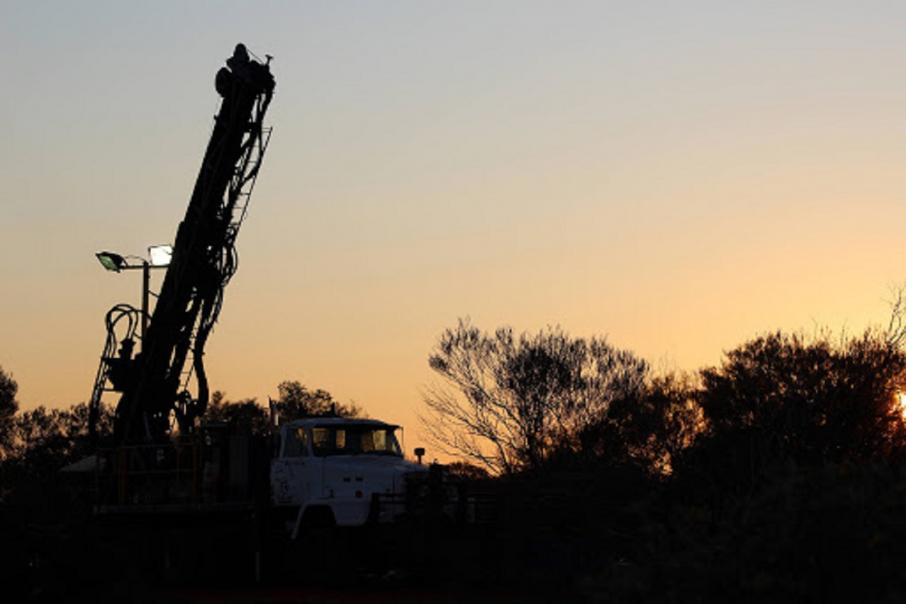 A drill rig setting up for night-shift in NSW. Credit: File

Things are heating up for ASX-listed explorer, Impact Minerals across two projects in New South Wales. Government approvals have now been received for a highly-anticipated drilling campaign at the company’s 100 per cent owned copper-gold Apsley prospect in the Lachlan Fold Belt. The results from final assays at the Broken Hill Project are also being assessed for follow-up drilling.

Drill pad preparation is set to begin next week at Apsley and the rigs are due to start smashing out the metres within the next few weeks.

The Lachlan Fold Belt has seen plenty of interest from explorers in recent times following the Boda discovery by ASX-listed Alkane Resources in 2019. An outstanding intercept of 502m at 0.48 grams per tonne gold and 0.2 per cent copper brought a renewed focus to the already renowned district.

The Cadia-Ridgeway mine operated by resource goliath Newcrest Mining is the stand-out project of the province. In production since the 1990s, Cadia is one of the largest open-cut mines in Australia, boasting over 40 million ounces of gold and over 10 million tonnes of copper in resources.

Impact has defined several geochemical and geophysical anomalies over four square kilometres showing similarities to major porphyry copper-gold deposits in the region such as Cadia and the Chinese-owned Northparkes mine. Northparkes contains over five million ounces of gold and over 4 million tonnes of copper and like Cadia, is located within 100km of Apsley.

Meanwhile, at the 100 per cent owned Broken Hill Project, Impact is in the process of interpreting assay results and data from its 2020 drilling campaign at the Plat Central platinum group metal-copper-nickel prospect.

The company is looking to glean its next drill targets from that data.

Assay results from last year’s campaign have confirmed the presence of strongly anomalous mineralisation over 400m at the Rockwell prospect within a more extensive zone at least 1,500m in length.

The company previously reported that discussions with drilling contractors are underway for drilling to resume as soon as practical. According to management, virtually every drill hole from the 2020 campaign penetrated the target basal ultramafic unit and returned anomalous precious group metals mineralisation with variably anomalous nickel and copper.

Impact is also continuing to explore its 100 per cent owned Arkun precious group metal-copper-nickel project 150km east of Perth in the South West Mineral Filed of WA. An interpretation of regional airborne magnetic data for the project has defined major structures and target host rocks prospective for both precious metals and nickel mineralisation. The discovery of the Julimar nickel-PGE prospect, in March of last year, catapulted the emerging region to prominence and sent ASX-listed Chalice Mining’s share price rocketing from under $0.20 to over $4.

Meanwhile, Impact is also progressing its tenement application at the Doonia project located 75km east of the famous St Ives mining district in WA’s Eastern Goldfields. The recent discovery of significant gold-copper mineralisation in the region by ASX-listed Lefroy Exploration has motivated the company to take a closer look at the project. Showing geological similarities to Lefroy’s discovery some 20km away, the company intends to accelerate exploration once the permit is granted as forecast for April this year.

With two projects in New South Wales screaming to be drilled and two others on prime real estate in Western Australia, Impact is upping the ante on its exploration program and it shouldn’t take long for the results to start flooding in.