ASX-listed Impact Minerals has racked up a bunch of fresh platinum group--copper-nickel drill hits across its shallow prospects which make up its aptly named Platinum Springs project, not far from the Broken Hill township in western NSW. Drilling at Plat Central returned one wide intercept of 32m at 0.7 g/t 3PGE from just 3m below surface, including 3m at a healthy 5.4 g/t PGE, below 76m. 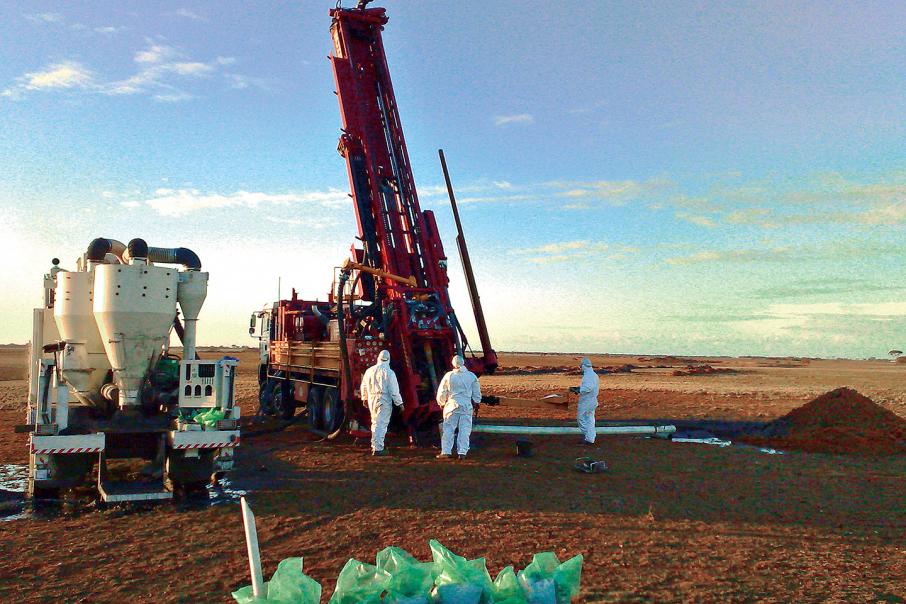 ASX-listed Impact Minerals has racked up a bunch of fresh platinum group-copper-nickel drill hits across a bevy of shallow prospects which make up its aptly named Platinum Springs prospect near the Broken Hill township in western NSW.

The best high-grade hit at Impact’s Plat Central prospect returned a wide intercept of 32m at 0.7 g/t platinum, palladium and gold, or “3PGE”, from just 3m below surface, including 3m at a healthy 5.4 g/t 3PGE, 0.9 per cent copper and 1.5 per cent nickel below 76m.

West Perth-based Impact said it has been chasing 3PGE-copper-nickel in disseminated to massive sulphide mineralisation within Kambalda-style ‘channels’ at the base of the ultramafic host rock units.

The recent results tabled by the company appear to show it has hit on a string of channels across its ground at Platinum Springs.  According to Impact, the drill rods have tagged a second channel at Plat Central which may yet merge with the first channel if future drill testing is successful.

Interestingly, one of the latest holes to test Plat Central made a discovery of high-grade mineralisation actually within the ultramafic host rock unit, well above the basal channel target.

The company’s ground currently has four 3PGE prospects dotted across it over about 1km of strike length on its 100 per cent-owned tenement and all have recent or historical 3PGE drill intercepts.  The project’s key prospects are Plat West, Plat Central, the original Plat Springs and the newest find, Plat East, centred 500m east of Plat Central.

Impact said it had discovered a fresh channel in the still poorly drilled Plat East prospect where the drill rods tagged a very wide 27m at 0.5 g/t 3PGE from 22m downhole.  The drill intercept included a zone of high-grade mineralisation below 41m downhole which turned out to be 3m at 2.7 g/t 3PGE, 0.4 per cent copper and 0.5 per cent nickel.

The company has now identified over 1,000m of a defined trend at Platinum Springs with gaps of as much as 250m still to be tested and many of the channel discoveries remaining open at depth and along strike.

The Moorkai geological trend wanders northward from the Broken Hill region’s Silver City Highway and its section of Australia’s transcontinental railway, suggesting infrastructure is already on hand to support the monetisation of any commercial mineral deposits which are yet to be booked by the likes of Impact Minerals.

With a swag full of new 3PGE channels to drill up around Broken Hill and a maiden drilling campaign at the Apsley porphyry copper-gold prospect in the revered Lachlan Fold belt due to start any day now, Impact looks to be in the right address at least at face value.

As prices for the metals of the new millennium, including copper and nickel hit all-time highs, Impact may well be in the right place at the right time too.