Impact locks in ownership of the Blackridge conglomerate goldfield 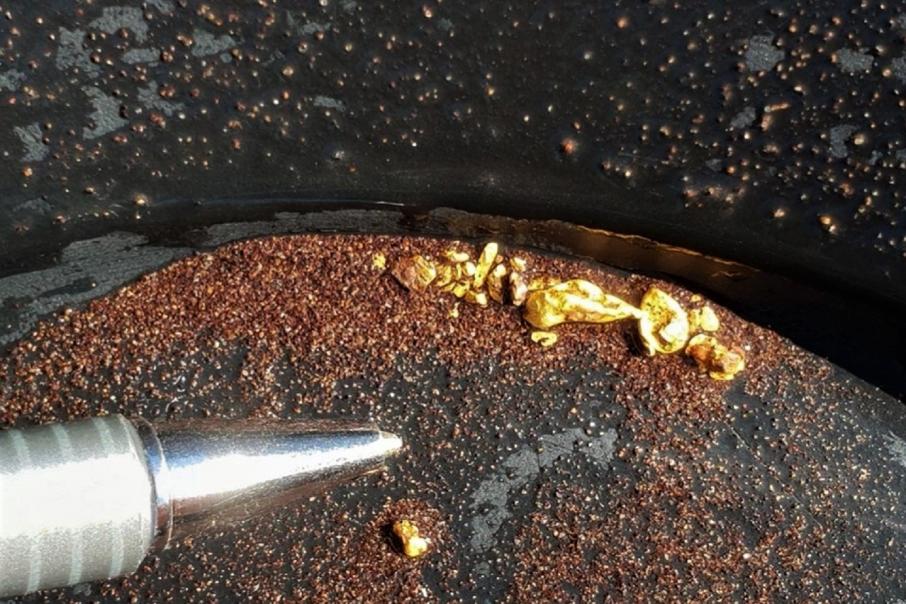 Impact Minerals has locked in its ownership of the Blackridge conglomerate gold project, laying claim over majority of the historic goldfield in central Queensland. Blackridge produced over 300,000 ounces of gold from small scale, artisanal mining more than a century ago. Remarkably there has been limited exploration since that time. Impact is now looking to capitalise on the recent advances made through WA’s Pilbara conglomerate discoveries to realise the potential of this shuttered opportunity.

Impact’s Blackridge gold project is located north of the town of Clermont in central Queensland, approximately 300 km to the west of the regional hub of Rockhampton. The company has recently applied for an additional two permits over the area bringing its total ground holding in the region to a commanding 150 square kilometres. Its tenure now covers 90 per cent of the historic Blackridge conglomerate goldfield, which includes the extensive Blackridge and Springs gold trends.

In recent years conglomerate gold has made a huge splash in the resources sector with high-profile developer Novo Resources delivering company-making discoveries in the Pilbara region of WA. Whilst the Pilbara is now a hotly contested terrane, conglomerate gold mineralisation is also found in other parts of Australia including the world-class goldfields of Queensland and Victoria.

Blackridge was historically exploited by small scale miners using shafts to access the shallow gold-bearing conglomerate horizons with records revealing that these excavations often delivered a treasure trove of gold. Production from shallow workings at Fox’s Leed and Wainboro’s averaged more than 120 g/t gold hinting at the incredible potential of the goldfield.

Impact’s exploration strategy will build on many of the lessons learned in the Pilbara with initial work slated to include bulk sampling and trial mining, which will allow a better estimate of the grade and distribution of nuggety gold in the host conglomerate units. Early work by Impact shows that by increasing the volume of samples, through large diameter drilling and bulk sampling, a subsequent increase in the recognised grade, thickness and lateral extent of the gold mineralisation is realised when compared to conventional drilling and exploration methods.

The Blackridge conglomerates exhibit two unique geological features that make them a highly attractive development target, primarily that the gold sits in a weathered conglomerate unit and is amenable to free digging via excavator. Secondly, the gold in this geological unit is easily won with a simple wet gravity circuit, which recovers more than 95 per cent of the contained gold. These two attributes flag a potentially cheap mining and processing operation for Impact, with low CapEx and start-up costs.

Historical mining at Blackridge focused on the near-surface conglomerate gold in the central section of the field - an area now covered by three mining lease applications owned by Rock Solid. However, Impact’s two new applications at Pewt’s and Hard Hill cover the down-dip extensions to the old mining area and a first-pass evaluation by the company indicates these areas have been subject to low levels of artisanal mining activity due to the increasing depth of the conglomerate lodes.

These down-dip extensions are laterally extensive, with the target area at Hard Hill covering an area of more than 1,200 metres wide, 2,000 metres long and extending to depths of up to 100 metres. The targets represent a significant opportunity for the company, with the hope being that much of the gold remains insitu, just waiting to be recovered from its conglomerate host.

Impact is quick to point out that other opportunities for additions to Blackridge’s rich inventory also lie within the company’s new holdings. The regional extensions of the conglomerate units below the laterally extensive volcanic cap rocks have yet to be investigated, whilst the presence of epithermal gold mineralisation, associated with local scale faulting at Pewt’s, may represent the primary source for the adjacent conglomerate gold mineralisation.