Impact Minerals appears to be on target at its Broken Hill PGE project in New South Wales, with diamond drilling intersecting disseminated and vein sulphide mineralisation over significant widths in the basal units of the Little Broken Hill Gabbro and Red Hill chonolith. The deeper drilling campaign appears to have confirmed results of earlier exploration and hints at the significant PGE endowment of the region. 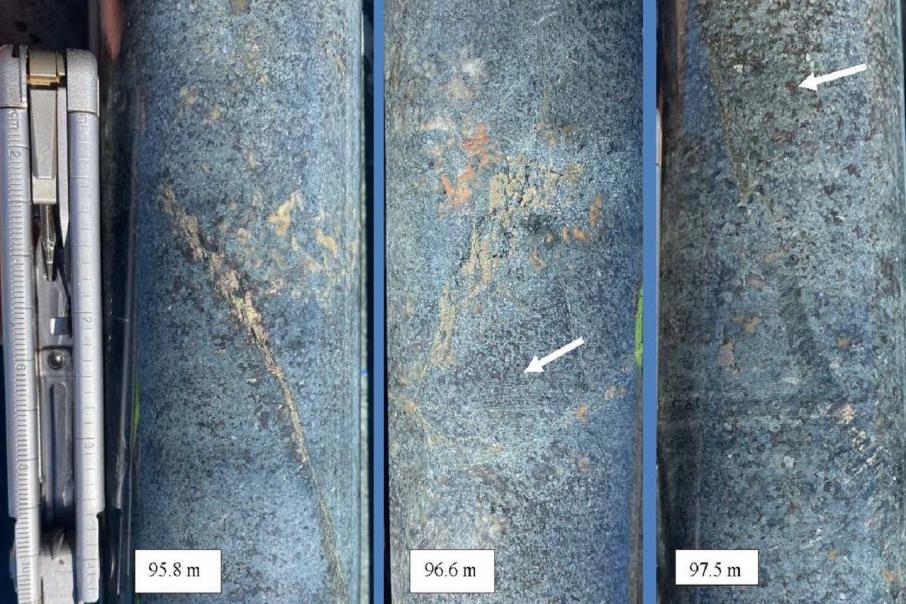 Impact Minerals appears to be on target at its Broken Hill PGE project in New South Wales, with diamond drilling intersecting disseminated and vein sulphide mineralisation over significant widths in the basal units of the Little Broken Hill Gabbro and Red Hill chonolith. The deeper drilling campaign appears to have confirmed results of earlier exploration and hints at the significant PGE endowment of the region.

The company says its observations of mineralisation in the drill core at Rockwell are consistent with those from previous drilling that returned some interesting intercepts of platinum group element, or “PGE” mineralisation. The hits included 61 metres at 0.4 grams per tonne 3PGE, or platinum-palladium-gold, containing 12m at 1.4 g/t 3PGE from only 31m down-hole.

Drilling at Red Hill also appears to be coming up trumps as Impact targets the basal contact of the host chonolith intrusion at more than 450m below surface. Interestingly, the company observed disseminated sulphides over broad intervals in the Red Hill diamond drilling that it believes is  suggesting the drilling may be close to paydirt in the form of a massive sulphide channel. Impact has now commissioned down-hole electromagnetic surveys of the recent diamond holes to guide future drilling.

Drill core from the recent drilling at Broken Hill has now been sampled and is expected to be reported by the laboratory in July-August of this year.

Impact Minerals Managing Director, Mike Jones said:“It is great to get a first look at the high-tenor PGE-dominant mineralisation at the base of the Little Broken Hill Gabbro. The textures indicate the mineralisation is directly associated with magmatic processes at the base of host ultramafic unit and which have the potential to form a massive sulphide deposit in the right trap such as a basal channel structure as we have already discovered at Platinum Springs.”

“We are very encouraged by the core at Broken Hill as it confirms our belief that the LBHG may potentially contain a significant reservoir of PGEs and possibly nickel and copper. It is evident that there is very significant potential along the entire length of the 6.5km-long intrusion and we are gearing up towards a major follow up drill programme at all of our prospects there as soon as practicable given we already have statutory permissions for a number of drill holes in place.”

Impact Minerals’ Broken Hill nickel-copper-platinum group element, or “PGE” project is 10km south of the world-class Broken Hill base metals mining centre in NSW. The company’s tenure extends over more than 75km of strike and covers over 800 square kilometres of the mineral rich Curnamona Province.

Impact’s Broken Hill project hosts a number of PGE targets including the 9km-long Moorkai Dyke and the 6.5km Little Broken Hill Gabbro, with previous exploration focusing on the Platinum Springs prospect on the Moorkai Dyke. Drilling at Platinum Springs has returned some solid sulphide intercepts including 2.75m at 7 g/t palladium, 3.5 g/t platinum, 2 per cent copper and 1.9 per cent nickel, with further extensional drilling expected to explore this target further later this year.

The company is now casting a wider net and testing targets throughout the Broken Hill project, with the Red Hill chonolith and Little Broken Hill Gabbro proving to be potential repositories of significant sulphide mineralisation.

Impact is also waiting on more drilling results from further east at its Apsley porphyry target in the Lachlan Fold Belt in the coming weeks. However, the company is sufficiently impressed by its observations of the recent drilling to have commenced planning the follow up exploration. It is now working towards securing additional drilling capacity to ramp up its programs.

Does NSW have its own version of the impressive Julimar PGE-nickel-copper discovery in Western Australia that sent Chalice Mining’s share price from a modest 15c in March of 2020 to more than $9 per share today? Impact Minerals might be close to providing an answer.