Impact Minerals has cranked up the drill rig in NSW South Wales with the company poised to pepper its massive porphyry copper-gold target at Apsley in the Lachlan Fold Belt. Recent exploration has defined a massive 4 square kilometre copper-gold surface anomaly, with subsequent geophysical surveys confirming the prospectivity of a sub-surface porphyry and lighting up the emerging target. 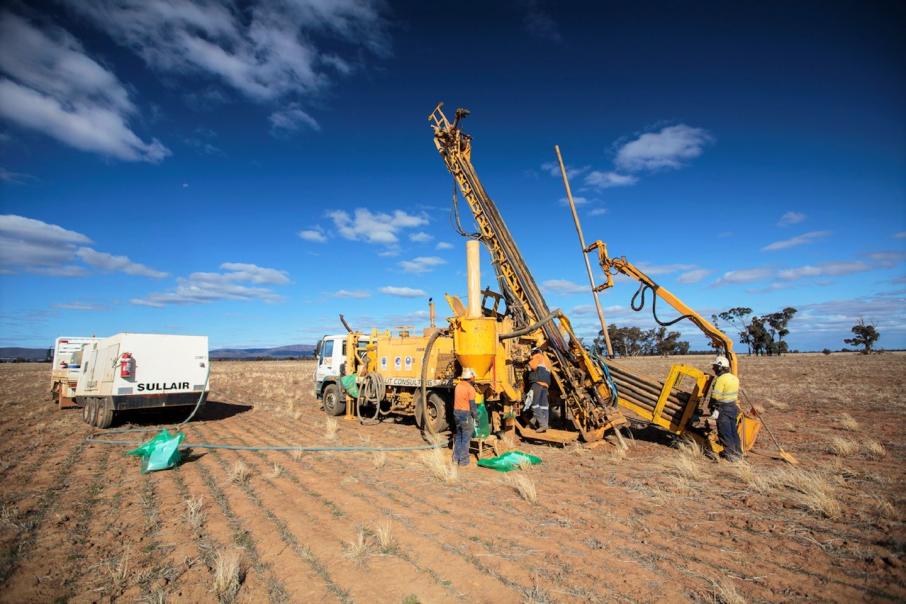 Impact Minerals has cranked up the drill rig in New South Wales with the company poised to pepper its massive porphyry copper-gold target at Apsley in the Lachlan Fold Belt. Recent exploration has defined a massive 4 square kilometre copper-gold surface anomaly, with subsequent geophysical surveys confirming the prospectivity of a sub-surface porphyry and lighting up the emerging target.

The company is executing a first-pass, 18-hole program which will test the Apsley target along close to 2 kilometres of strike.  Impact is preparing to plough over 3,000 metres of reverse circulation drilling into the emergent porphyry system.

Porphyry and intrusive-hosted mineralisation have long been recognised as an important source of copper and gold, hosting some of the largest deposits of the metals in the world. However, the increased recognition of this style of mineralisation in Australia has led to some stunning discoveries as exploration has ramped up across the country in recent years.

The intrusive-related Hemi gold discovery in the Pilbara stole the headlines through 2020 and has already proven a company maker for De Grey Mining. In addition, Alkane Resources’ share price nearly quadrupled, over a twelve-month period, following the discovery of Boda, a porphyry deposit which is literally just down the road from the Impact’s Apsley prospect.

Apsley forms part of Impact’s Commonwealth project in central NSW  which lies around 240km north-west of Sydney. The project occupies a strategic position on the Molong Volcanic Belt, which hosts a wealth of copper-gold mineralisation including the recent Boda and McPhillamy’s discoveries and the massive 3 billion tonne Cadia-Ridgeway copper-gold mine, just south of Orange, which punches out close to a million ounces of gold per annum.

Impact has rapidly built the Apsley target after first noticing a potential nest of felsic intrusions on an historical geophysical survey. Subsequent surface sampling revealed an extensive copper-gold-PGE anomaly within a “zinc doughnut” – a text-book geochemical signature for a range of porphyry deposits around the world, including the impressive 5.5-million-ounce Wafi-Golpu deposit in Papua New Guinea.

The company has recently completed an extensive induced polarisation, or “IP” survey across the prospect area, with the geophysical program outlining a string of targets stretching across more than 3km of strike. The trio of exploration techniques - namely magnetics, IP and geochemistry - has defined a series of bulls-eye targets that are now being drill tested by the company.

Impact IP surveying has proven a particularly useful tool for drill planning, with the recent survey allowing the company to zero in on key chargeability targets which extend to more than 300m below surface. Drilling at Apsley will be undertaken with six separate drill lines testing the target along 1,900m of strike. Two drill lines will bracket the extremities of the target area, whilst four 200m spaced lines will test the core of the discovery.

With drilling now underway at Apsley, in one of Australia’s richest porphyry hunting grounds, pundits shouldn’t have to wait too long for initial results from the prospect. These results will provide a vital clue as to whether Impact simply has some interesting geology or perhaps be sitting on Australia’s next big copper-gold discovery.