Perth-based ASX listed Impact Minerals is cashed up with over $3m now in its war chest to throw at its exciting Broken Hill PGM project just as palladium and rhodium prices touch record highs. Impact locked away a $2.1m capital raise this week on the back of palladium prices hitting USD$2500 an ounce and rhodium prices bursting through the USD$10,000 an ounce mark. 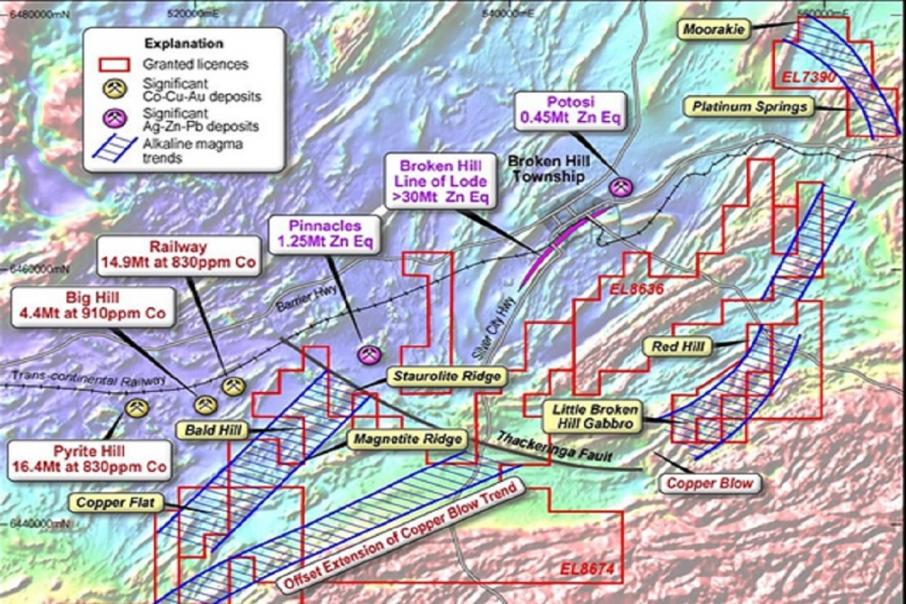 Perth-based, ASX listed Impact Minerals is cashed up with over $3m in its war chest to throw at its exciting Broken Hill PGM project just as palladium and rhodium prices touch record highs. Impact locked away a $2.1m capital raise this week on the back of palladium prices hitting USD$2500 an ounce and rhodium prices bursting through the USD$10,000 an ounce mark.

Impact is now juggling two projects in world class mineral jurisdictions with its copper-gold porphyry project that hangs off the southern end of Alkane’s Boda-Kaiser discovery no slouch either.

The company considers both regions to have world class potential for big discoveries and the targeted minerals across both projects are riding high at the moment with prices enjoying historic highs.

Impact is chasing palladium-platinum group metals at Broken Hill and its leases lie to the south and south-east of the township of Broken Hill and adjacent to a number of the area’s mine sites.

Assays of the rock chips recovered from recent reconnaissance field work across Impact’s four key targets at its Commonwealth project that is just 5km south of Alkane’s revered Boda-Kaiser discovery will be highly anticipated by the market.

Impact Minerals Managing Director, Dr Mike Jones said: “With palladium at a record price of more than US$2,500 per ounce, and rhodium prices literally exploding above US$10,000 an ounce in the past week, Impact is pleased to now have the funds to aggressively return to exploration at our unique Broken Hill project.”

“Our previous drilling there has delivered exceptional grades of all six platinum group metals (palladium, platinum, rhodium, ruthenium, osmium and iridium) not to mention gold, nickel and copper as well. The Company is also about to commence re-assays of key drill intercepts, for rhodium, which is not routinely assayed for”.

“With this new funding, Impact is also now in a position to push forward with follow-up work on our exciting Commonwealth project targets along trend and close to the recent Boda discovery in the copper-gold rich Lachlan Fold Belt, currently one of the hottest exploration footprints in Australia. We will have boots on the ground there shortly to complete soil geochemistry surveys and subsequently ground geophysical surveys to define targets for drilling later in the year.”

After a quiet end to the year last year, Impact has now worked itself into a position where it is front and centre in areas that the market is in love with – platinum group metals where price charts are breaking out everywhere and exploration ground that is within cooee of Alkane’s crazy good copper-gold porphyry discovery that everyone wants a piece of.

With over $3m in the bank, Impact is in a unique position right now that will see it run a number of exploration targets to ground across both major projects – expect plenty of news flow over coming months from this ASX-listed junior.