Image Resources has delivered high grade intersections of gold mineralisation up to 3m @ 11.5g/t gold from 92m down-hole, after re-assaying anomalous gold zones identified during last year’s RC drilling program at the Erayinia project near Kalgoorlie. The company said the new results from fire assaying were significantly higher than what been returned earlier using the aqua regia method on composited sample intervals. 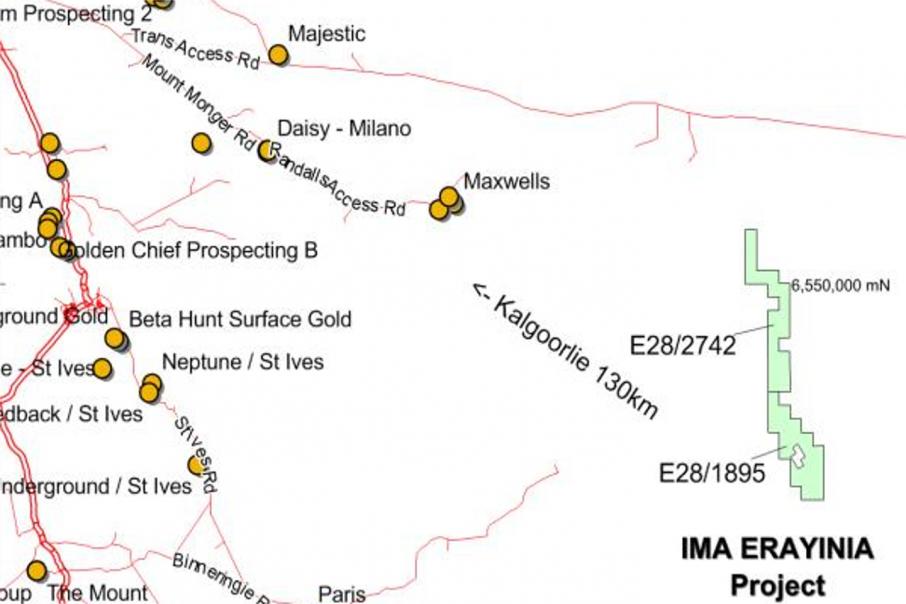 The company has reported high grade gold intersections from re-assaying of RC drill samples generated during its maiden program at the project last year.

The company re-sampled drill intersections on 1 metre increments or resplits, for the previously defined anomalous 4 metre composited sample intervals, saying that the fire assay results were significantly higher than the original assays determined by the aqua regia method.

Company management said that as a result of these improved results, more anomalous gold zones from the 2018 program will now be re-assayed from 1m resplit samples using the fire assay technique.

On the basis of these new findings, Image believes that its recent seven hole RC campaign completed at Erayinia was too shallow and that it has lined up a ten hole program for 1,360 metres to target deeper gold mineralisation at the project, which starts around 50m from the surface.

The high-grade gold intersections seem to coincide with a bleached and silicified mafic rock sequence, with mineralisation associated with pyrite and carbonate minerals within flat-lying quartz lodes, which are very typical in the strongly endowed Kalgoorlie region.

Image said previously that there is another 7km of virtually untested strike northwest of the existing gold mineralisation at Erayinia and the company will continue to map out the gold enhanced supergene zones and primary mineralisation, to grow the footprint at the project.

At least 16 other separate gold enhanced supergene zones were identified historically in this region.

According to Image, further work is also required elsewhere on the tenements to follow up on positive historical results from aircore drilling that returned up to 2m @ 2.86g/t gold from 28m down-hole, 2.8km southeast from the most recent intersections.

Outside of Erayinia, the company is focussed primarily on exploratory programs aimed at expanding its mineral sands resource inventory and ore reserves to increase life-of-mine around the flagship Boonanarring operation and emerging Atlas deposits north of Perth.