Image Resources has started a program to upgrade ore reserves at its Boonanarring heavy minerals project north of Perth after achieving higher than expected grades since production commenced in December last year. Ore production in January achieved HM grades of 12.6%, more than double the 6% HM estimate of the ore reserve, whilst zircon was 33.5% of the HM content compared to an estimate of 22.9%. 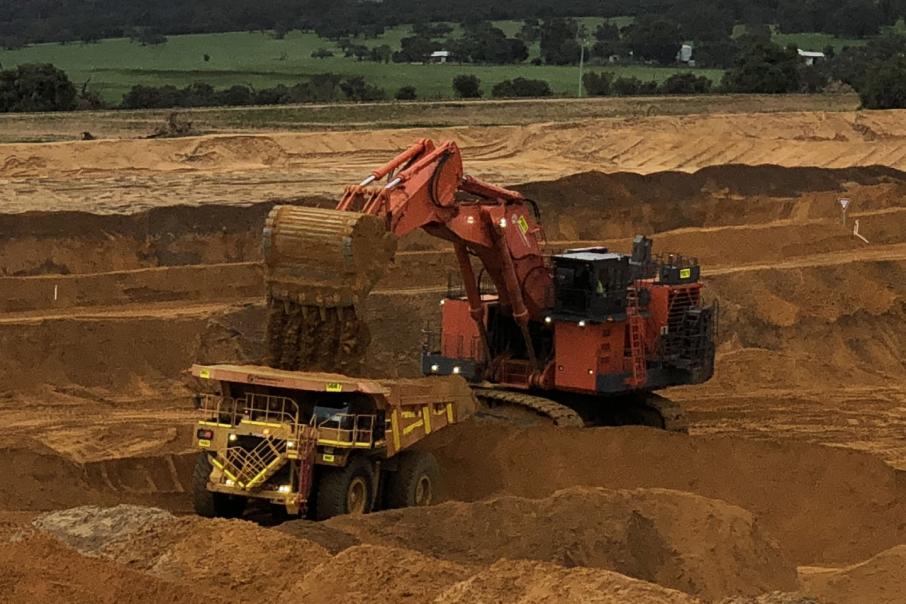 Mere weeks after completing the ramp-up to full production at its Boonanarring project north of Perth, Image Resources is now looking to upgrade its mineral resources and ore reserves.

This comes about after a review of the company’s rapid ramp-up of Boonanarring found that ore production in January had achieved actual heavy minerals, or “HM”, grades of 12.6%, more than double the 6% HM estimate of the ore reserve.

In addition, actual average grades of the valuable zircon mineralisation as a percentage of the HM content was 33.5%, significantly higher than the 22.9% estimated in the ore reserve.

A review of the January 2019 Boonanarring operational data determined that while the overall ratio of ore mined and processed during January from the eastern strand and western strand was roughly equal, the eastern strand material included a section of higher-grade material that may have contributed to the higher than average ore grade.

This was borne out by reviews of December 2018 and February 2019 operational data, which also included limited amounts of this higher-grade material and higher actual HM grades.

With average HM grades hitting 19% over a six-day period in early March, which indicates that the higher-grade material is not limited to just the section of the eastern strand mine in January, Image finally twigged on that it may have drastically underestimated the HM grade of the high grade “Core”.

Whilst Image previously intersected the Core during drilling used to develop the current mineral resource and ore reserve, it now believes that the previous work may have been too widely spaced to adequately intercept and define the mineralisation within the Core.

Holes that intersected the Core have total HM grades of up to 50% and higher zircon contents of up to 52% of the HM, which is substantially higher than typical assays from the eastern strand.

Image will now carry out a grade control drilling and study program aimed at upgrading the mineral resource and ore reserve estimates at Boonanarring.

This will include a ground magnetic survey and a close-spaced (2 metre to 3 metre wide) drilling campaign to delineate the high-grade Core and determine its continuity along strike.

The company also expects data from the program to provide its operations personnel with an improved predictive HM ore grade for blending purposes.

Heavy mineral concentrate, or “HMC”, production during February 2019 was 19,020 tonnes compared to a budget of 12,600 tonnes due to the higher than expected HM ore grade, higher operating availability and higher HM recovery.

A third HMC shipment of about 20,000 tonnes, which is scheduled long-term monthly average during full-scale production, is currently being prepared for departure before the end of March and the company said it remains on track to deliver positive project cash flow in the current quarter.

Image Managing Director Patrick Mutz said: “Results from Boonanarring continue to impress with the level of HMC production for February again significantly higher than budget. The additional production during the first three months of production could create an opportunity for the sale of HMC outside of the current off-take agreements.”

“Also, while the actual heavy mineral ore grade has been substantially higher than expected and will require additional drilling and study work to update the ore reserve, this is clearly a good problem to have.”

Boonanarring is one of the highest heavy mineral grade, zircon-rich, mineral sands projects in Australia with a current ore reserve of 29.3 million tonnes grading 7.5% HMC, but potentially higher in grade based on the current data.

The deposit consists of two parallel strands of mineralised sands that are each between 80 metres to 100 metres wide and with the strands intermittently separated by 0 metres to 50 metres of low to zero grade HM sands.

Both strands are typically 10 metres to 15 metres thick and extend over a strike length of 13.6km trending south-southeast to north-northwest.

This in turn, generates revenue of between $125m to $142m, 70% of which comes from the highly sought-after zircon product.

As attractive as these numbers might be, they might well turn out to be overly conservative if Image’s drilling and study program confirm that the size of the high-grade Core in the eastern strand has been underestimated.

And if that doesn’t sound like Christmas has come again for Image, zircon prices have also continued to rise steadily and are currently trading above USD$1600 per tonne, some 10% higher than when the company last updated its BFS in July last year.

It is all about timing, and Image certainly seems to be in the right place at the right time.