Image Resources has received the green light to drill a 1.3 km section of the highly prospective 5.6km northern extension area, or “NEA”, within its high-grade, zircon-rich Boonanarring mineral sands project, 80km north of Perth, WA. Drilling and assessment of mineralisation in the NEA is aimed at verifying the presence of economic mineralisation to increase the project’s mine life. 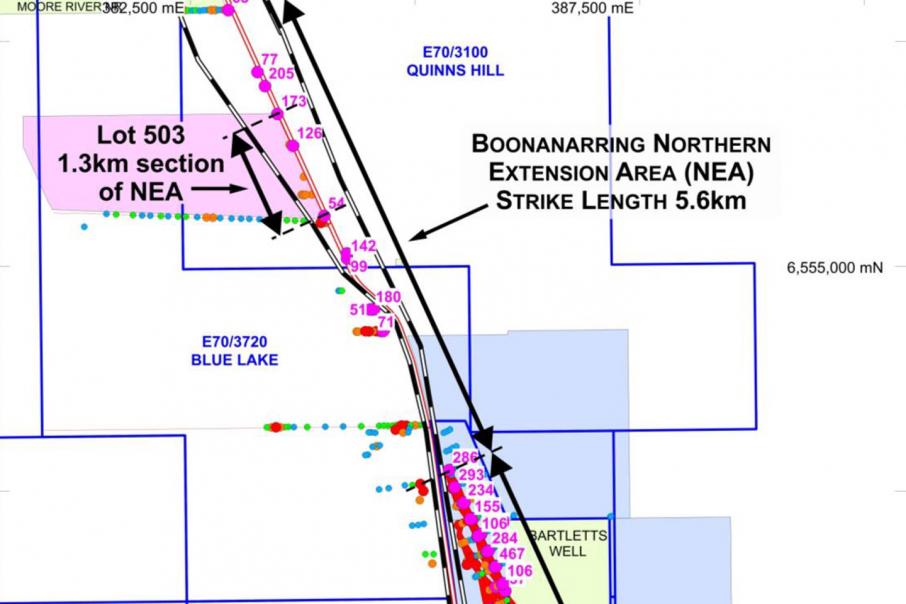 Under a six-month option agreement with the landowner, the company now has immediate access to the land to conduct drilling and assessment of the mineralisation.

The company can also exercise at any time during this period, its option to purchase the land subject to Foreign Investment Review Board approval.

Drilling and assessment of mineralisation in the NEA is aimed at verifying the presence of economic mineralisation to increase the project’s mine life.

Image has compared the potential of the NEA with the 13.2km strike length of the original Boonanarring ore reserve, which was originally estimated to support a mine life of 5.5 years.

Subsequent work on samples from the scout drilling confirmed the HM content in the NEA had enriched zircon grades similar to those found in the main Boonanarring deposit.

Additionally, the scout drilling also indicates that the high-grade core of the eastern strand of the current Boonanarring ore reserve extends into the NEA, which management said will be tested by close-spaced drilling in the upcoming program.

The Boonanarring mineral sands project has to date been the model of how everything can go right for a mining project.

Starting with the successful delineation of one of highest heavy mineral grade, zircon-rich, mineral sands projects in Australia with current ore reserves of 29.3 million tonnes grading 7.5% HMC, Image also stitched together financing required to get the mine off the ground.

Construction of the mine and processing facility was also completed on schedule and on budget.

The company subsequently dismissed any staged ramp-up plans behind, after wet commissioning of the processing facility was completed well ahead of schedule and ramp-up to steady-state production was achieved much earlier than forecast.

While this result would have satisfied any self-respecting miner, Image has since discovered that the rapid ramp-up was due to a previously undiscovered high-grade core of zircon-rich sands within the eastern strand line of the project.

Drilling is now underway to assess this high-grade core and with early results proving very encouraging, it is unsurprising that Image now believes that it has understated the already attractive ore reserves for Boonanarring.

As icing on the cake, the company has also proved its selling chops with the recent sales of three month’s worth of HM production inventory – itself the result of the early ramp-up – in just six weeks.

Boonanarring currently has a mine life of about eight years and a successful drilling campaign in NEA could well extend this success story much further into the future.