Image Resources has banked its first cheque from the export of heavy mineral sands concentrate from its zircon-rich Boonanarring mineral sands mine located in the North Perth Basin region of WA. The first bulk shipment of about 10,000 wet metric tonnes of concentrate was shipped from Bunbury Port this week, with payment secured via a letter of credit from Image’s Chinese off-take partner, Natfort. 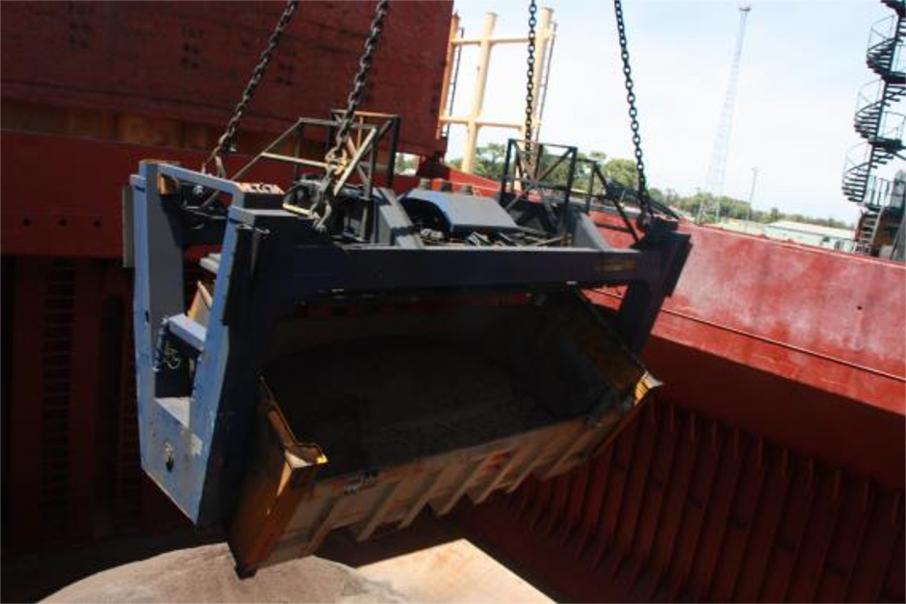 The sound of the first shekels dropping into the bank account is a sweet sound indeed for an ASX listed mining explorer who has managed to make that rare leap into production.

And so it was this week that junior mineral sands explorer and now producer, Image Resources, saw its vision go full circle when its Chinese off-take partner stumped up a letter of credit for the maiden export shipment of heavy mineral sands concentrates from Image’s Boonanarring project just north of Perth.

The company reported the first bulk shipment of about 10,000 wet metric tonnes of heavy mineral concentrate or “HMC” was both loaded and exported from Bunbury Port in WA this week, with payment secured via a letter of credit from Image’s life-of-mine Chinese off-take partner, Natfort.

It is another major milestone for the Patrick Mutz led Image at its 100%-owned and operated project, which only completed wet commissioning in late November.

HMC production from the mine was successfully ramped up during December, which allowed sufficient product for the maiden shipment to hit the port this week.

The ramp-up period was scheduled to process ore at a rate of 300 dry tonnes per hour at the mine for the first 6 months before reaching a predicted steady state of around 500 tonnes per hour.

Management said the company had easily outperformed the budgeted 300 tonne per hour ramp up period figure, achieving an average of 365 tonnes per hour in the first month.

According to the company, operating availability was at 100% on many days during the first month of concentrate production, averaging 86% and well above the budgeted plant availability of 75% anticipated during the ramp-up phase.

In addition, ore grades and heavy mineral recoveries were in line with budget and improved throughout the first month of processing, having already reached export quality concentrate within this same period.

The second shipment is currently scheduled for export in the middle of February.

Image Managing Director and prime mover Patrick Mutz said: “The Operating group … has delivered on another very significant milestone for the company, being completion of the first bulk shipment of HMC and receipt of first revenue.”

“…we look forward to developing a routine nominal monthly shipping schedule to support our aggressive mining and processing schedule.”

The company said it still expects to achieve a positive cash flow from the Boonanarring project by the end of the March quarter 2019.

The heavy mineral sands project will ultimately produce about 220,000 tonnes of HMC per annum, when fully operational.

Importantly, Image will look to front end its cash flows to effect a 13-month payback with the company predicting it will spit out an EBITDA of $48m in 2019 and $101m in 2020 with an average of $44m a year over the ensuing 3 year period.

Image has defined 29.3 million tonnes grading 7.5% heavy minerals of ore reserves at the Boonanarring and Atlas deposits, from which about 70% of the revenue will be generated via its highly sought-after zircon product.

Boonanarring is one of the highest HM grade mineral sands mining development projects in Australia and the BFS shows a pre-tax NPV of $235m and IRR of 125%.

The areas surrounding the mine also have plenty of blue sky to potentially extend the mine’s life well beyond its initial 8 years.

The Image story is a textbook corporate play of being in the right place at the right time and was largely de-risked by a miniscule CAPEX of only $52m based on the company unbolting its existing processing plant in South Australia and putting it all back together again in WA.

The production and shipment of the first HMC from Image’s Boonanarring project this week is a major achievement and reinforces the quality and ore grade of the heavy mineral sands deposits that straddle the North Perth Basin in WA.