Image Resources has de-risked the sale of heavy mineral sands from its Boonanarring project just 80km north of Perth with the execution of a second binding offtake agreement with China’s Hainan Wensheng High-Tech Materials. The agreement complements Image’s existing agreement with Natfort as both offtake partners have agreed to take up the other’s share of production in the event that one is unable to do so. 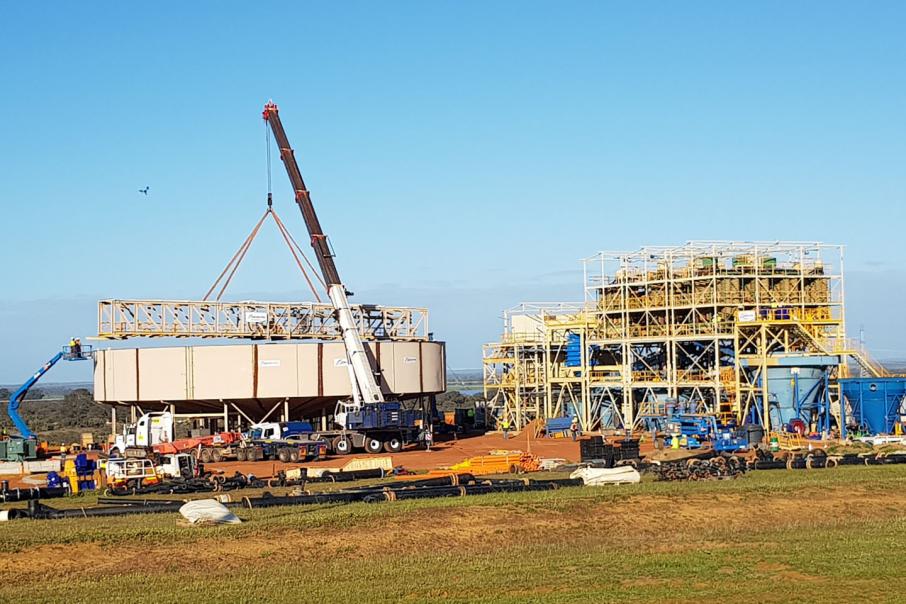 Image Resources is taking a cautious approach towards offtake for its flagship Boonanarring mineral sands project near Perth that is due to commence production later this quarter.

Wensheng is a wholly-owned subsidiary of Shenghe Resources and is among the largest suppliers of zircon sand, titanium concentrate and rutile in China with seven subsidiary factories in Hainan, Fujian, Guangxi and Sichuan Provinces that have a combined annual processing capacity of 750,000 tonnes of heavy mineral concentrate.

The offtake agreement is based on the same general terms and conditions and contains the same market-based pricing model as the previous agreement with China’s Shantou Natfort Zirconium and Titanium, or “Natfort”, that underpinned the company’s bankable feasibility study.

Notably, Image said both Natfort and Wensheng will provide it with an irrevocable letter of credit for each shipment, prior to loading the ship.

The letter of credit is available for conversion to cash with only minimal interest penalties before the maturity date once the ship sails from the port in Western Australia.

The company added that whilst the original offtake agreement with Natfort covered 100% of heavy mineral sands production from Boonanarring for the life of the mine, Natfort and Image have agreed to allow 50% of production to be sold to Wensheng under the second agreement.

Both Natfort and Wensheng have also agreed to purchase up to the full 100% of Boonanarring production in the event the other company is unable to take delivery of its allotted production.

Image’s Boonanarring project just 80km north of Perth is on schedule to start production in the current quarter with positive cashflow forecast to occur at the end of first quarter of 2019.

The project will produce about 220,000 tonnes of heavy mineral concentrate per year from the Boonanarring and Atlas deposits, which have total reserves of 24 million tonnes grading 8.2% heavy minerals and total resources of 32.3Mt at 8.1% HM.

Notably, it contains the valuable heavy minerals zircon, rutile, ilmenite and leucoxene, although the economics are heavily driven by the sought-after zircon that provides 71% of the project revenues from just 29% of the product volume.

There is potential for further growth from the projected mine life of more than eight years too as Image has another 40Mt of resources outside the BFS across five other project areas.

Boonanarring has an exquisitely low capital cost of just $52m, a pre-tax NPV of $235m, pre-tax IRR of 125% and a measly 13 month payback period.

Image has now pretty much ticked all the major boxes at Boonanarring as it hurtles headlong into production.