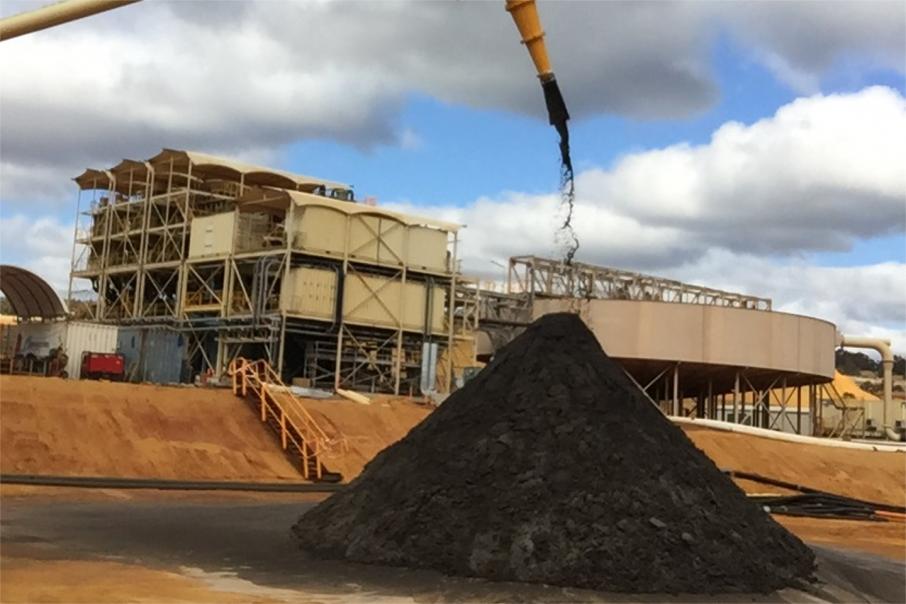 Image Resources is on track to beat its 2021 heavy mineral concentrate or “HMC” production guidance after reporting record June quarter output from the wholly-owned Boonanarring operation, 80km north of Perth in Western Australia. The company says surging ilmenite, rutile and now zircon prices are set to boost its full-year heavy mineral concentrate and strengthen its pursuit of growth options.

Image was sitting on a cash balance of $38 million and no debt at the end of June after retiring its remaining debt in February and paying a maiden 2c-a-share dividend in April.

June quarter Boonanarring production of 102,000 tonnes of HMC – 20 per cent up on the March quarter – lifted output for the first six months of calendar 2021 to 187,000t. Management said this was “running substantially higher than the straight-line guidance curve of 290,000-320,000t for CY2021”. June quarter production surged on the back of a record high average ore grade at Boonanarring of 12.1 per cent heavy mineral, or “HM”. Production in the current half is expected to moderate but still be “sufficiently high to meet or exceed CY2021 production guidance”.

Image Managing Director Patrick Mutz said: “The achievement of record high quarterly HMC production in the June quarter establishes a solid base for Image to meet or exceed market guidance for CY2021. As importantly, the recent and forecast rises in market prices for zircon, rutile and ilmenite, and current favourable foreign exchange [rates] will impact favourably on profitability, and could allow an extension to mining at Boonanarring by allowing additional remaining mineral resources to convert to ore reserves.”

Current seven-year price highs for ilmenite and rutile, and three-year highs for zircon are being factored into Image’s reassessment of Boonanarring resources and reserves with a view to possibly extending mine life at Boonanarring beyond the end of 2022. The mine commenced production in December 2018.

The company is also re-examining the current 3.5 years of reserves outlined in a 2017 bankable feasibility study at its 100 per cent owned Atlas project, 65km north of Boonanarring, through the higher HMC price prism. Lower-cost dredge mining and new mineral processing technology could be used to lower production costs at Atlas to further enhance projected returns and longevity.

Meanwhile, Image says an ongoing pre-feasibility study or “PFS” at its proposed second production centre, Bidaminna, 25km north-west of Boonanarring, is on track for completion before the end of this year.

As well as expanding its mineral sands operating footprint in WA’s North Perth Basin, Image says it aims to use its strong balance sheet to pursue other pieces of a “multi-pronged growth strategy”.

These include identifying and possibly adding a longer-life mineral sands project. Management says a deposit with “potential mine-life of 15-plus years” is the target and two options that fit the bill “are slated to be evaluated in the coming months”.

Image is also evaluating the economic potential of its two 100 per cent-owned gold tenements south-east of Kalgoorlie in WA. It says results of initial drilling at the King Gold prospect, part of farm-in commitments to earn 40 per cent of the ground in the middle of its wholly-owned Erayinia tenement, will be reported in the current quarter. Various agreements give Image the right to earn up to 100 per cent of King Gold, depending on results and vendor decisions.

It says its “goal is to progress drilling to maximise … ownership and complete an initial mineral resources estimate over the King and Erayinia tenements in advance of a scoping study” next year.

Mr Mutz said the positive developments on a range of fronts, along with the company’s debt-free, cashed-up position, “should add significantly to the attractiveness of the company to shareholders and potential new investors” in the period ahead.

Image’s current 18c share price, capitalising the company at circa-$180 million, sits near the middle of its 15-22c trading range over the past 52 weeks.