Image Resources has produced its first heavy mineral concentrate from its flagship Boonanarring zircon-rich mineral sands project located 80km north of Perth in the North Perth Basin region of WA. The processing plant will transition to full operation over the next 2-4 weeks. The company will receive its first revenue for ore production in January before progressing rapidly to a positive cash flow later in the March quarter. 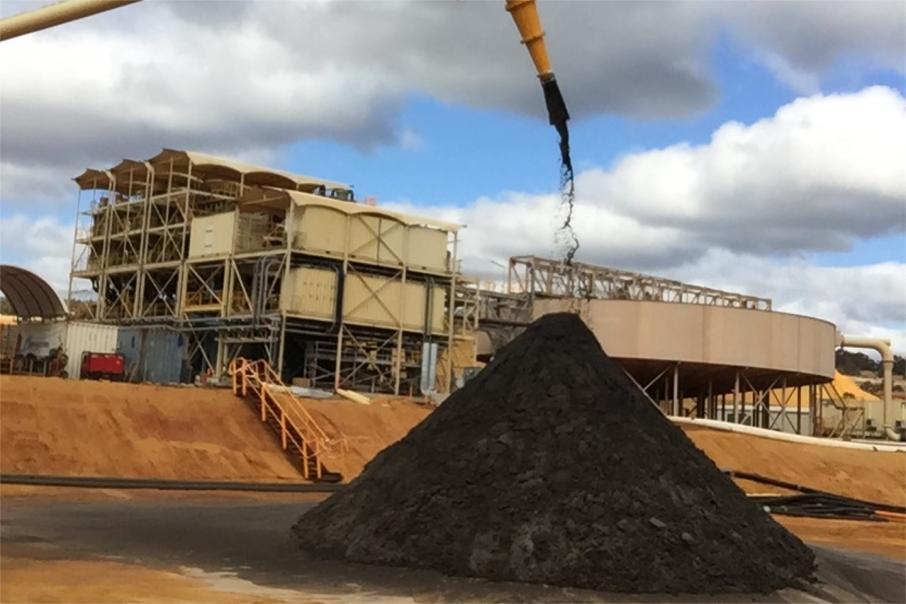 It is another major milestone for the company at its 100%-owned and operated project, which only commenced wet commissioning on October 25 and continues to advance on schedule according to Image management.

The initial stages of ore feeding and the HMC production are an important phase of the wet commissioning works at Boonanarring and will continue for a further 2-4 weeks, transitioning to ramp-up and then steady-state processing operations thereafter.

Image Managing Director Patrick Mutz said: “Production of first HMC product is perhaps the most memorable achievement of every mineral sands project. While the challenge of ramping up the ore processing rate to name plate capacity and achievement of steady state operations is still in front of us, the achievements of completion of construction and first HMC production on schedule provides confidence that the remaining development hurdles will be cleared.”

The company remains on target to achieve key development milestones at the new project and expects the first receipt of revenue for its product in January and to be generating a positive cash flow by the end of the March quarter next year.

According to Image, forecast production and financial guidance for 2019 will be announced with the approval of next year’s budget expected next month.

The project will ultimately produce about 220,000 tonnes of HMC per annum, when fully operational.

Image has defined 29.3 million tonnes grading 7.5% heavy minerals of ore reserves at the Boonanarring and Atlas deposits, from which about 70% of the revenue will be generated via the sought-after zircon product.

Boonanarring is one of the highest HM grade mineral sands mining development projects in Australia and the BFS shows a pre-tax NPV of $197m and IRR of 104%.

The initial mine life is 8 years with a payback period of only 16 months and Image has binding offtake agreements in place for all the concentrate produced for sale by the mining operation.

The company is fully funded to finalise the project development at Boonanarring, including funds for corporate overheads and expenditure for significant programs of exploration through to the realisation of a positive cash flow from the operation.

The surrounding project region also has plenty of blue sky to potentially extend the mine’s life well beyond the initial 8 years.

The Image story is a textbook corporate play of being in the right place at the right time and was completely de-risked by a miniscule CAPEX of only $52m, largely based on the company unbolting its existing processing plant in South Australia and putting it all back together in WA.

The production of the first HMC from the company’s Boonanarring project this week must taste very sweet for company management and patient shareholders.